ToolGuyd > Hand Tools > Brace for Possible Price Hikes – New Tariffs Imposed on German Hand Tools
If you buy something through our links, ToolGuyd might earn an affiliate commission. 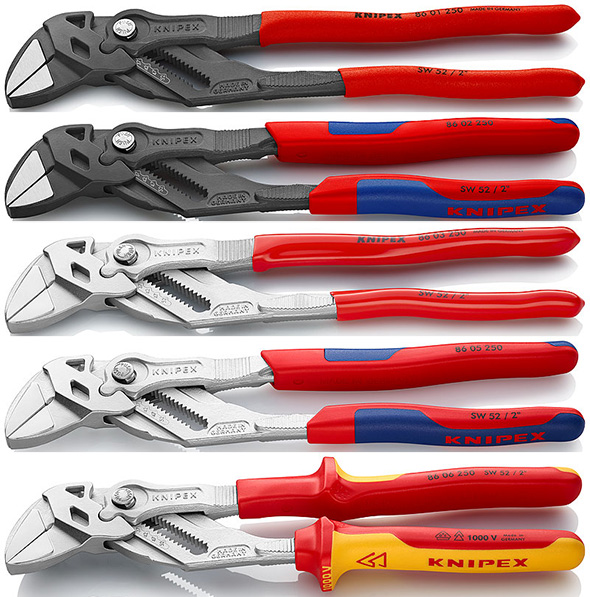 Raise your hand if you’re a fan of European hand tools from brands like Knipex, Wera, Felo, NWS, and others.

Well, there’s a very good chance that many European hand tools are about to get more expensive.

There might not be any price hikes, but it looks like there will be additional import taxes of 25%, and at least one brand has said that they “won’t be able to absorb that much.”

I hope we don’t see price increases, but there’s a very real chance that we will.

As a fellow German tools enthusiast I wanted to bring to your attention that the office of the United States Trade Representative announced on October 2nd that certain products from the E.U. would be subject to additional duty rates of either 10% or 25% effective October 18 pursuant to Section 301 enforcement of U.S. WTO Rights in the airbus subsidies trade dispute.

The federal register notice containing the list of products was published on October 9, 2019 and is available on this hyperlink:

Most of the products included in this publication are not relevant to the subject matter, however, I would like to point out that Part 11 covers products of Germany, subject to a 25% duty rate when imported into the US after 10/18/2019.

Among others, this would include: pliers, tweezers, shears, screwdrivers and several other hand tools.

I became a fan of German hand tools after hearing about KCTOOL in this forum and since then I have never looked back. It has always been my opinion that while their cost is a bit steeper than what we might be used to, the quality is worth it.

It is a bummer that prices could potentially increase even more due to this duties.

Looking at the document that Carlos linked to, I do see that quite a lot of German hand tools will be subject to added tariffs.

Products of Germany subject to additional import duties of 25% include:

Products of Germany and UK subject to added 25% import duties:

Chad’s Tool Box, an online retailer, shared news from one of their suppliers in a Facebook post. Here is the part that quotes one of their tool suppliers:

As you may have heard, the US Government has recently decided to impose new Import Tariffs against certain Products from the EU, these are supposed to come into effect Oct. 18. Amongst a lot of items from different countries, some hand tools from Germany are included, currently it looks like screwdrivers and most of our pliers plus some other items, BUT, as of right now, torque products, wrenches and sockets are not included, I’ve attached the official document for your reference.

The tariffs will add 25% to our cost, we definitely won’t be able to absorb that much, but will continue to monitor the situation and will inform you in detail if and how much we have to increase pricing on the affected products.

If I’m reading the US Government documentation correctly, the tariffs will affect things like Knipex Pliers Wrenches, NWS pliers, Wiha screwdrivers, and a whole lot of other tools.

Now, what is this all about?

On April 12, 2019, the U.S. Trade Representative announced the initiation of an investigation to enforce U.S. rights in the WTO dispute against the EU and certain EU member States addressed to subsidies on large civil aircraft.

the WTO Arbitrator issued a report that concluded that the appropriate level of countermeasures in response to the WTO-inconsistent launch-aid provided by the EU or certain member States to their large civil aircraft domestic industry is approximately $7.5 billion annually.

U.S. Trade Representative has determined, under sections 301(a), 304(a), and 306(b) of the Trade Act of 1974 (Trade Act) (19 U.S.C. 2411(a), 2414(a) and 2416(b)), that the rights of the United States under the GATT 1994 and the SCM Agreement, particularly Articles 5 and 6.3 of the SCM Agreement, are being denied; that subsidies provided by the EU and certain member States violate, or are inconsistent with, the provisions of these agreements; and that the EU has not satisfactorily implemented a recommendation of the WTO DSB.

In simplistic terms, this all stems from a dispute where Boeing was found to be at a competitive disadvantage against Airbus in the civil large aircraft industry, which if I’m understanding correctly, received unfair subsidy advantages.

It was then determined what the response would be:

the U.S. Trade Representative has determined to impose additional duties on products of certain EU member States, as specified in Annex A to this notice. The annual trade value of the list of tariff subheadings subject to additional duties is approximately $7.5 billion, which is consistent with the WTO Arbitrator’s finding on the appropriate level of countermeasures.

Again, if I’m understanding this all correctly, it was determined that the US, with WTO approval, will levy tariffs on products by EU member states, including specific hand tools.

A whole lot of cheese, dairy, and pork products are also subject to the new tariffs.

Nearly two years ago, I wrote about new tool box tariffs affecting many big brands’ imported ball bearing tool chests and cabinets. Because of those tariffs, consumer tool boxes greatly increased in size in order to be exempt from the rather sizable tariffs.

But, with those tariffs, the added duties were quite high, such as ~96% for some brands.

With these tariffs, 25% is a lot, but it’s not quite the same as nearly 100%, which I would simplistically interpret as a doubling of import costs.

If I had to guess, I would say that price increases are highly likely, although they might not be inevitable. There is also the possibility that the US government and EU officials will come to some sort of agreement, if they haven’t already.