ToolGuyd > Made in USA > GSA Tool Kit Requirement to Drop from 100% to 51% USA-Made?
If you buy something through our links, ToolGuyd might earn an affiliate commission. 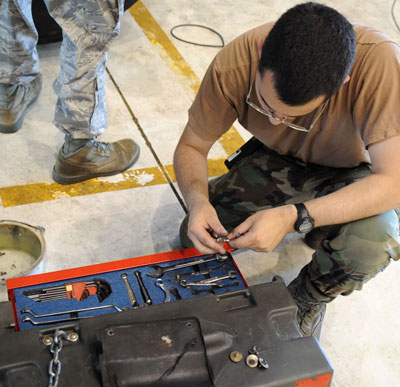 Over at Harry Epstein’s Daily Dispatch, the reputable and well-liked hand tool distributor’s blog, news just broke that the US government is drastically altering the standing GSA requirement for tool kits to be 100% USA-made except when not possible.

According to their reliable source, the new acquisition rules mandate that such tool kits only need to be 51% USA-made. This means that for a 100 piece tool kit, only a minimum of 51 pieces will need to be made in the USA, with the other 49 pieces sourced from overseas factories.

If true, this change could affect new tool kits purchased by the USA military and defense departments for vehicle and equipment maintenance and field repair. (We’re currently trying to confirm this.)

While this means that proposed tool kits must be comprised of 51% USA-made tools at a minimum, we all know what’s going to happen. With all other things considered equal, government contracts are typically awarded to those with the cheapest quotes. This may force most companies to approach as close to 51% as possible in order to remain competitive.

As Harry Epstein points out, if true, this policy change will be bad for everyone as it means many tool companies may be forced to compete with import pricing. This includes smaller domestic tool manufacturers that heavily rely on government contracts to remain in business.

“51 Percent” Details via Harry Epstein, who promises to provide updates as new information is made available.

Update: I am working to see if I can discover any public documents confirming such a change, but have thus been unable to do so. Without knowing exactly what Harry Epstein’s GSA sources conveyed to them, the best I can do at the moment is trust the accuracy of their assessment until corroborating or contradicting evidence surfaces.

After looking into FAR and DFARS regulations, it looks like the DoD (Department of Defense) may not even be affected by GSA policy changes due to their own additional specific hand tool acquisition requirements.

Update 2: It looks like there will be no formal changes to the official acquisition regulations, but that, as Harry Epstein mentioned in their update, certain kits are falling into gray areas in terms of what laws apply to them. Two of their sources have more or less said the same thing. This may mean that the GSA intends to use more discretion in deciding which tool kit solicitations will require Buy American Act certifications, and which will allow for greater numbers of foreign-made supplies.

With no formal documentation of these rumored changes, its ramifications will be quite difficult to track.