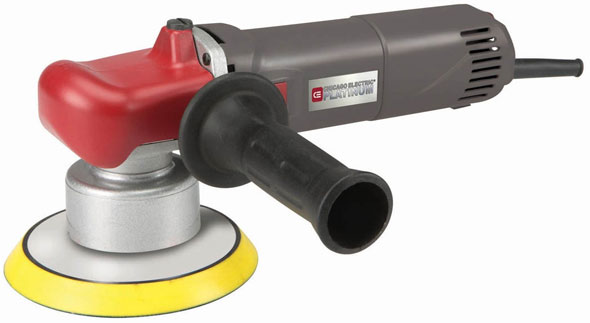 This review is written by contributor Stephen K. Check out his other reviews here.

I’ve been a dyed-in-the-wool car enthusiast for more than a decade. Even though I try to take extra steps as a DIY’er to maintain my vehicles, I have never done much more than wash, clay bar, and wax my rides. Recently, I decided it was time for a change and took a step into the world of machine polishing.

After doing some research, I decided to pick up the Harbor Freight 69924 dual action polisher. I purchased the polisher and 3 buffing pads for just over $70, with a coupon.

So, follow along as I cut my teeth using a dual action (DA) polisher for the first time.

Simply put, this is one of the most affordable ways to get into the hobby, and the tool has pretty good online reviews. I’m a complete novice at this, so I didn’t know if this was something I’d like or something I’d even be able to do. I didn’t want to spend big bucks on a premium DA polisher only to quickly lose interest in using it.

A DA polisher is a good choice for beginners as it is far less likely to damage paint than something like a rotary buffer. 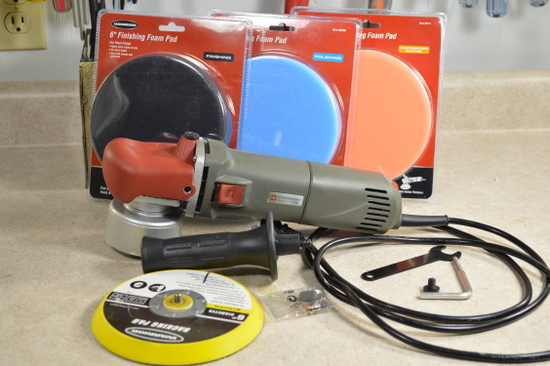 The polisher comes with a pretty complete kit. It comes with an auxiliary handle, a spindle wrench for removing the polishing pad, an extra set of motor brushes, a backing plate, and a tool that can be used to lock the gear in place. I purchased the packaged pads separately.

This polisher has decent build quality. There is some noticeable casting flash on the plastic housing, but nothing major. The switch and speed dial seem to be good quality.

There is some vibration and noise when using the polisher, but nothing too bad. I didn’t think gloves were necessary, but I did wear hearing protection. 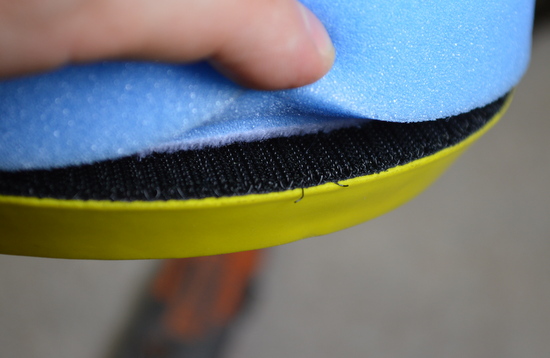 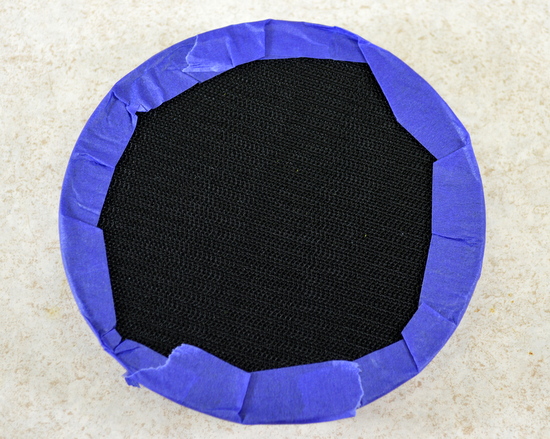 I came up with a simple fix and covered the edge of the pad with tape to help prevent it from chewing up the buffing pads. This mostly worked, but isn’t the best solution. Many users recommend ordering a smaller backing plate if you want to use the Harbor Freight buffing pads. 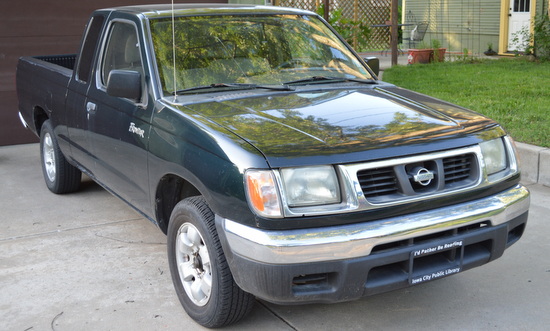 I’ve owned this 1999 Nissan Frontier for more than five years. I’ve taken good care of it, but now it spends most of its days sitting outdoors and the paint definitely shows its age. I decided it was the perfect vehicle to learn on, as the paint looked pretty rough and I wasn’t too worried about damaging it.

I washed and clayed the truck to prep it and then set to work. I chose two products to try, including Meguiar’s Ultimate Compound for removing swirls and scratches and Meguiar’s 205 polish as a final step. But as you’ll see later, the Ultimate Compound alone left a finish that was good enough for me, so for now I decided to skip the 205. 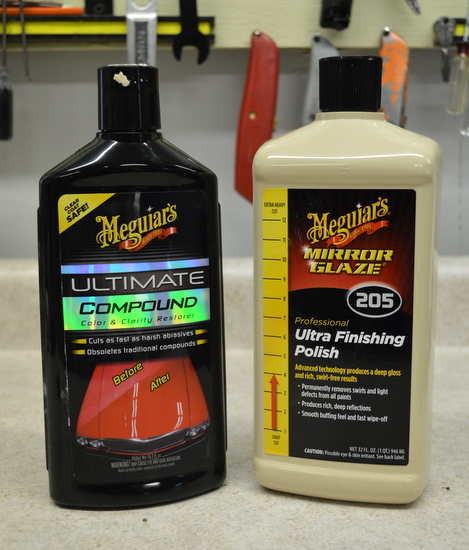 The Ultimate Compound is currently ~$10 for about a pint, and the 205 Ultra Finishing Polish is ~$22 for a quart, via Amazon.

I won’t get much into the methods of using a DA polisher, as there are many articles about it online, and I’m also still learning the correct process. The short explanation of using the DA polisher is that you select a small area of the paint and make a number of passes alternating direction from side-to-side and top-to-bottom. I used the orange cutting pad for this step.

I taped off part of the hood to show the contrast between a polished section and what I started with. The difference is even more striking in person. The paint went from dull and filled with swirls to much clearer, brighter, and free of swirls. There are some deeper scratches that no amount of polishing will remove.

This is in no way a show-car finish, and I don’t expect it to be, especially because I ultimately skipped the final polishing step and didn’t use the 205 compound. The finish that I achieved with just the Ultimate Compound was a big improvement that was good enough for this aged vehicle.

I had no idea what to expect, but overall I am very impressed with the initial results. I may later choose to use the 205 compound and see if it could provide further clarity or shine, but even a simple buffing with the Ultimate Compound greatly removed many swirls and light scratches and improved the shine of the finish.

Is it worth the money?

I am definitely pleased with the quality and performance of the polisher, especially when considering its price, and am also happy with the results I was able to achieve so far. I still have plenty of learning to do when it comes to technique and choosing products, but I’ve at least gotten my feet wet.

The Harbor Freight dual action polisher seems like a good starting point for people like me who want to learn the process. I’m sure a higher-end polisher from a brand like Flex or Rupes would be superior to this unit, but this is still a good first polisher for a complete beginner.

But, this polisher setup isn’t perfect. Upgrading to a new backing plate would be a good step to take, and some users will probably want pads nicer than the Harbor Freight buffing pads.