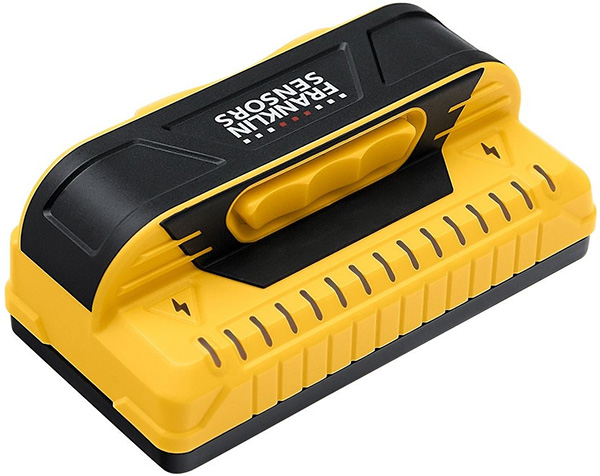 The new Franklin ProSensor M150 looks to be be an evolution of their recognizable stud finder design, but with a new sensor arrangement that puts the indicator LEDs closer together for greater resolution.

And, there are “lightning bolt” indicators that illuminate amber when the stud finder detects live AC wires.

The M150 stud finder is 5″ long and has a sensing depth of 1.5″. The closer LED positioning should show the edges and centers of studs with greater precision than their earlier models.

Franklin Sensors’ website says this model is coming soon. I can’t find the same model for sale at other retailers yet. Franklin Sensors has had retailer exclusives before, but usually under private label brands such as at Costco. 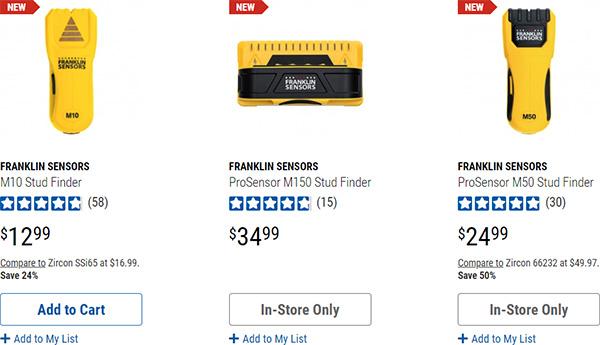 Now, I believe I’ve seen one or two 3rd party brands at Harbor Freight before, but in the form of small supplies or hardware. Since when did Harbor Freight start carrying and selling brand-name tools??

Is this new and unexpected, or something that’s been going on for a while without my noticing?

What makes things even more surprising is that this is a new and upgraded model, with higher resolution LED positioning, AC circuit detection, and a much lower price than Franklin Sensors’ popular ProSensor 710+ stud finder tool.

We reached out to Harbor Freight, asking to talk about what this means, but have not heard back. 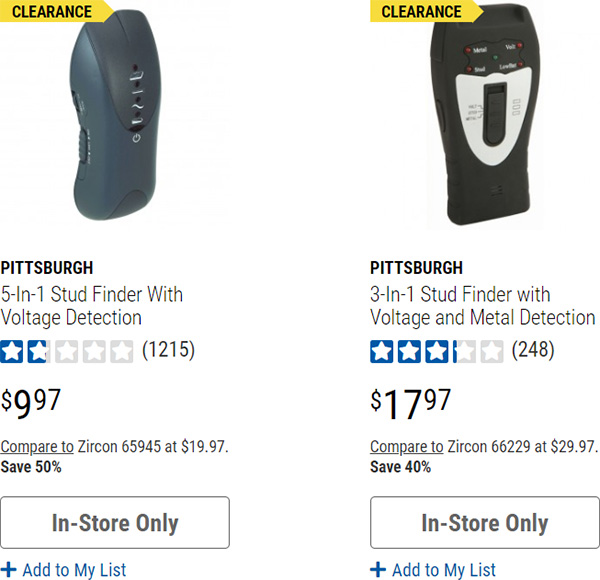 Oh, things are getting even more interesting.

Harbor Freight’s 2 Pittsburgh models of stud finders, with weak user reviews, are said to be on clearance.

Does this mean Goodbye Harbor Freight Pittsburgh-branded stud finders, hello Franklin Sensors?”  And, would this be a good move in other tool categories?

With so very many Harbor Freight stores, and more opening all the time, they have incredible buying and negotiating power.

As I said before, do not underestimate Harbor Freight!

With the Franklin Sensors M150, they now have an upgraded stud finder, and it’s lower priced too, compared to what you can find at Home Depot, Lowe’s, or Amazon. At the time of this posting, I could only find the M150 listed at Harbor Freight.

Yes, the M150 is said to be available in-store only, but it’s still a new tool that Harbor Freight looks to have gotten their hands on before industry giants such as Home Depot and Lowe’s.

Oh, and one more thing – early user reviews are saying that the stud finder is Made in the USA.