ToolGuyd > Power Tools > Cordless > Hilti 12V Cordless Power Tools
If you buy something through our links, ToolGuyd might earn an affiliate commission. 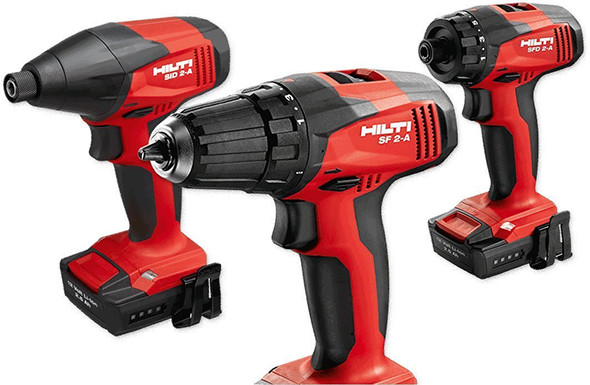 A few months ago, we saw several comments and emails mentioning a new line of Hilti 12V compact cordless power tools. Thanks everyone for the heads-up!

At the time, I had been waiting for more details to come out, or more vendors to start carrying the new combo, but there weren’t any new developments, and so the post ended up backburnered. Sorry guys!

A press release came out recently, jogging my memory of the new lineup and tools.

First off, Hilti direct offers the best pricing on a new combo kit. It comes with a hammer drill, impact driver, and screwdriver, for $299. The only other place I could find this combo was on Amazon, where a 3rd party seller has marked up the price considerably. There are also individual kits and smaller kits available.

So if you want to give these tools a shot, you should go straight to Hilti. 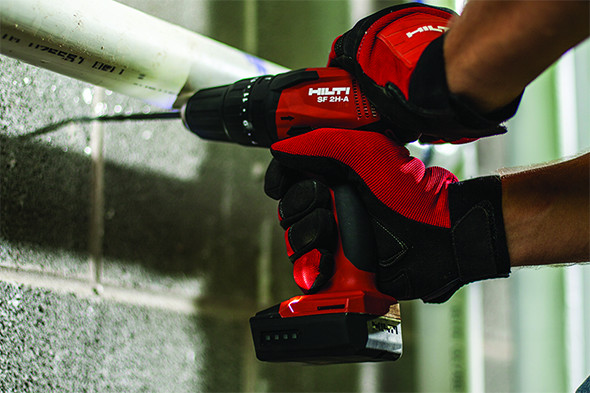 So why should you care that Hilti came out with a new 12V cordless power tool lineup?

Hilti tools have a reputation of being tough and powerful. I’ve never used any Hilti tools, and have the impression that they’re generally best designed for masonry applications, but they do offer 18V versions of popular construction staples, such as drills, drivers, saws, and a grinder. And of course rotary hammers.

Here are their words about the new lineup:

Hilti has launched its smallest and lightest range of cordless tools to help customers reach new levels of productivity, control and accessibility in everyday light-duty drilling and screwdriving applications.

The new tools were also designed for working in tight spaces, dark corners, and occupied spaces where noise level is a concern.

They come standard with a 2.6Ah Li-ion battery pack, each with a 4 LED fuel gauge.

There are only 3 tools released into the lineup so far: 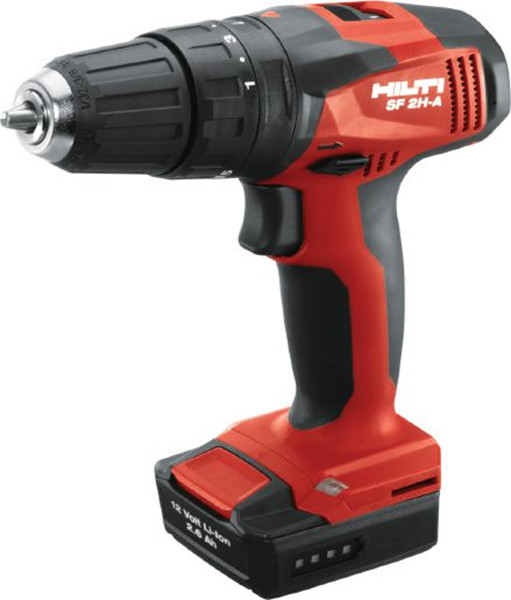 Hammer Drill/Driver SF 2H-A: The new compact hammer drill can drill with a speed of up to 1500 RPM, and can deliver up to 212 in-lbs of fastener-driving torque. 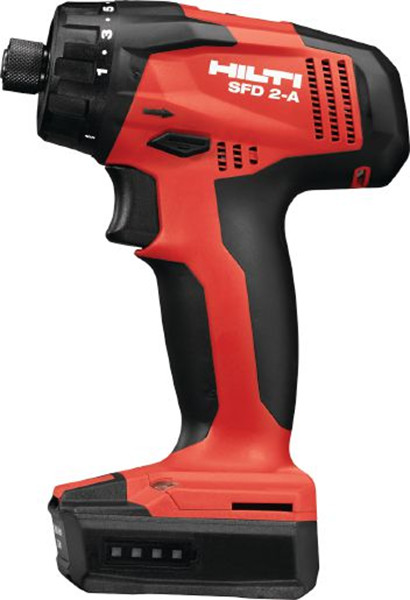 Cordless Screwdriver SFD 2-A: The screwdriver has a 15-position torque clutch, and can also deliver up to 212 in-lbs of torque. 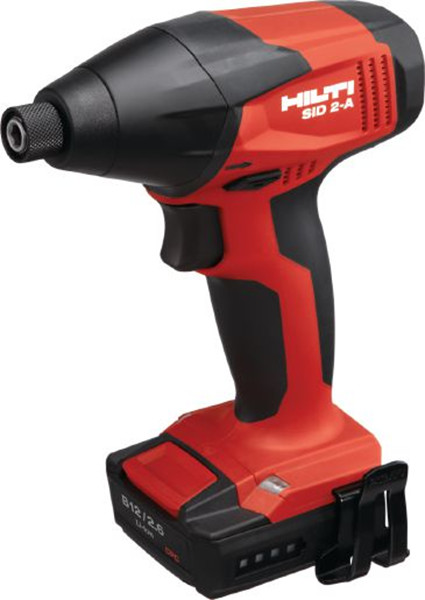 Impact Driver SID 2-A: Said to be ideal for driving self-drilling metal screws, smaller diameter concrete screw anchors, and wood screws, the new compact impact driver can deliver up to 973 in-lbs of torque.

In addition to the standalone kits, there are several different combo kits. Hilti also offers a kit option where the tools come with a 12V to 18V battery charger adapter, instead of the 12V battery charger, and it lets their 12V batteries be charged by a Hilti 18V or 36V charger. That might be a better way to go if you already bought into Hilti’s 18V lineup.

Your guess is as good as mine. It would be nice to see Hilti come out with some other masonry-work-focused tools, such as a compact rotary hammer, and a bandsaw for cutting rebar. If Milwaukee can do it – they offer an M12 brushed motor rotary hammer and an M12 Fuel brushless rotary hammer – surely Hilti should be able to.