ToolGuyd > Power Tools > Cordless > Hitachi Quietly Introduces Most Powerful and Advanced Brushless Drill Ever
If you buy something through our links, ToolGuyd might earn an affiliate commission. 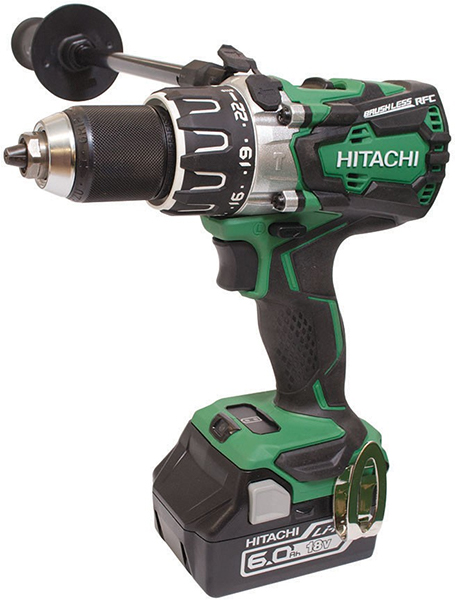 First things first, I’m not sure I like the headline I chose for this post. Is this truly the most powerful and advanced 18V cordless brushless drill ever? It could be, and if not, it certainly comes very, very close.

Milwaukee’s 2nd-gen M18 Fuel drills are about as powerful on paper, and if the on-paper specs are apples-to-apples comparable, we’re talking about marginal differences.

And in terms of “most advanced,” I think that Milwaukee’s One-Key smart tool technology might reflect greater advancement. It comes down to a matter of opinion. 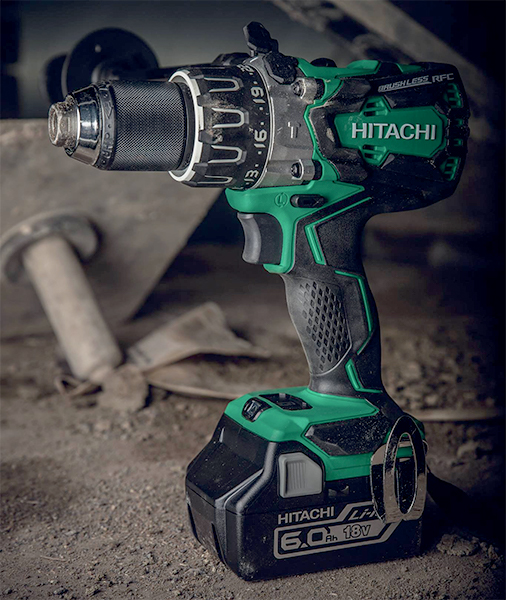 That all said, Hitachi has incorporated some very impressive technologies into their new 18V brushless hammer drill, model DV18DBXL/JX.

According to the user manual (PDF), the Reactive Force Control feature is designed to reduce the potential for harm when a drill jams or binds in a hole. Normally, such an occurrence would twist the drill, and your wrists and arms.

The RFC feature kicks into action when the drill is suddenly overburdened. Instead of the drill twisting in the opposite direction, the built-in sensors detect the reactive forces and turns off the motor. The LED light will blink to indicate that the RFC safety feature has activated.

They warn that the RFC feature might not activate depending on certain situations or operational conditions, and so users should still take proper precautions.

I have found more details of the hammer drill (DV18DBXL), but there will also be a regular drill/driver as well, model DS18DBXL. 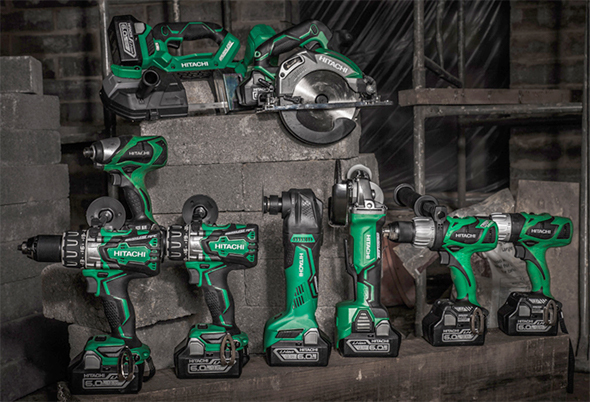 This is just the start. Hitachi has launched the new brushless drills alongside some other 6.0Ah-powered tools, including the brushless oscillating multi-tool and brushless angle grinder we previously wrote about.

It looks like the new Hitachi brushless drills are launching in the UK, and hopefully they’ll be available here in the USA as well.

Hitachi has surprised me again with their thoughtful features.

I was recently surprised about the new grinder’s auto mode option that slows motor RPMs when the tool is not under load. They also have new worklights out, and an awesome Bluetooth radio.

Leading the category in terms of power, or at least matching up with Milwaukee and beating Makita? I didn’t think that’s something Hitachi would have been interested in.

There’s the Reactive Force Control feature, which I imagine might involve an accelerometer or gyroscope for anti-kickback control. Or maybe it’s current-based. If the tool senses a spike in motor power draw, that could indicate an “overburden” condition, as they described it.

Bosch’s safety feature works well, Milwaukee’s One-Key drill has an adjustable kickback control setting that is based on current draw, and it too works well.

Then there’s the fan-cooled charger that offers super fast recharges.