ToolGuyd > DealGuyd > Home Depot Deal of the Day on Dewalt, Ridgid, Ryobi Cordless Power Tools, Accessories, More (8/27/20)
If you buy something through our links, ToolGuyd might earn an affiliate commission. 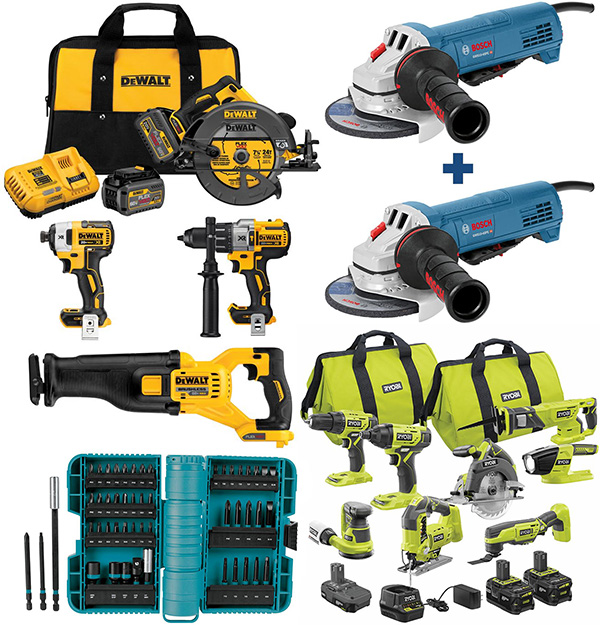 Today only, Home Depot is running an expansive tool deals of the day promo, where you can save on select Dewalt, Ryobi, and Ridgid cordless power tools, select Bosch corded tools (such as a pair of angle grinders), some Makita products, and more.

Some of the deals are quite good, and it looks like there’s something for everyone included in this promo.

It’s worth a quick glance, as some of the tools are at very good bargain prices. For example, a Bosch worm drive saw is on sale for $159, compared to $189 at Amazon and up to $219 elsewhere.

This also looks to be a good deal for Dewalt and Ryobi cordless power tool combo kit shoppers.

Deals end at 3am ET 8/28/2020 unless supplies sell out sooner (and some tools have indeed already sold out by this morning).