ToolGuyd > Hand Tools > Sanding Finishing > HomeRight Large Spray Shelter
If you buy something through our links, ToolGuyd might earn an affiliate commission. 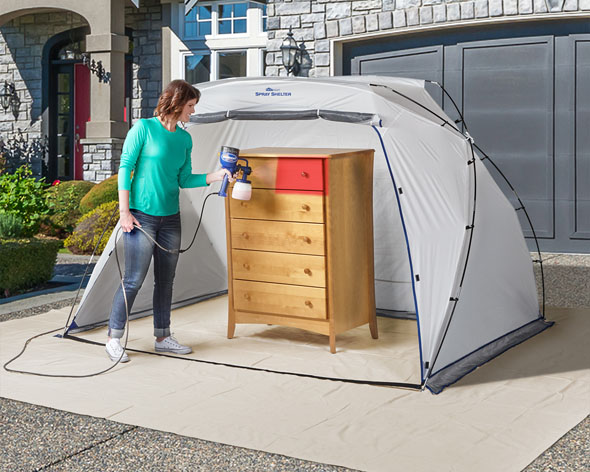 I was introduced to HomeRight’s tent-like portable spray shelters at this year’s National Hardware Show. Although this is the first time I’ve seen them, the spray shelters have been around for a few years. User reviews are mixed, but mostly positive.

Their large spray shelter was on display at the show, and at first I thought it was some kind of beach tent. Turns out it’s a spray shelter intended to capture the overspray from painting or finishing, and also prevent bugs and debris from getting onto freshly painted surfaces.

The back and sides of HomeRight’s Large Spray Shelter slope outwards, to deflect overspray down and away from your project. There is no bottom and it’s recommended that it be placed on top of a drop cloth 12′ x 15′ or larger. 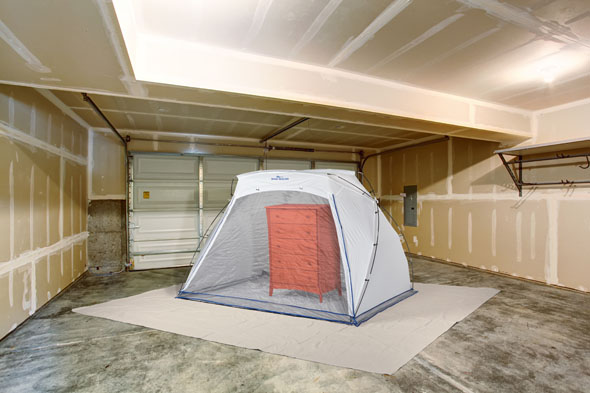 The most recent model includes a screen that can be rolled down after paint is applied, to keep insects, leaves, and other debris from getting into the finish. 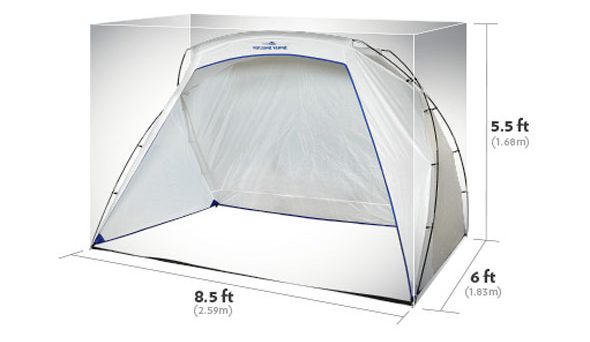 It’s not large enough to work inside of; the idea is to stand outside and spray in through the opening. Because it’s light and has no bottom, it might be possible to paint one or more items and then move the shelter to the next set of items that need to be sprayed. Or for larger items, spray one side, move the shelter, spray the next, and then so on.

The large spray shelter can be staked to the ground for outdoor use. It has two poles and comes with five stakes and a storage bag. 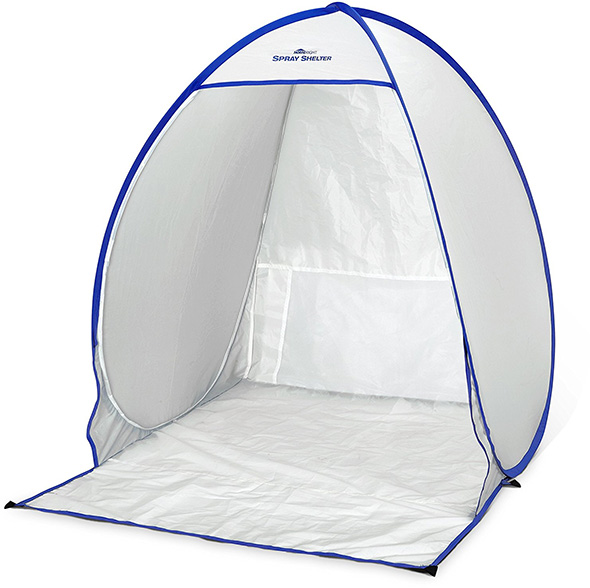 Street Pricing: $50 for the large shelter, $32 for the small

This is not a replacement for a real spray booth with a fan, filtration, and space to finish larger items. But then neither are the temporary booths many folks make from studs and plastic sheeting. I could see using the Spray Shelter when finishing small batches of drawers, cabinet doors, and the like.

If you use the shelter a lot, the sides will likely eventually become stiff with overspray material. But it would almost certainly last long enough to pay for itself by reducing setup and cleanup time for small spray finishing projects.