ToolGuyd > Hand Tools > Pliers > New Husky Pistol Grip Pliers
If you buy something through our links, ToolGuyd might earn an affiliate commission. 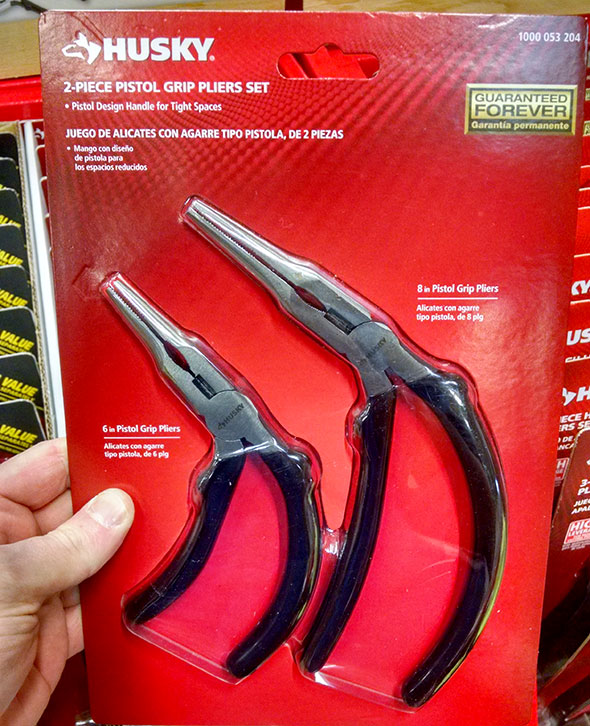 Over at Home Depot, there is a new Husky pliers set mixed into the holiday displays. The new set comes with 6-inch and 8-inch pistol grip pliers.

There are a bunch of angled pliers on the market such as the EZ Red Kiwi pliers, Grip-on ErgoGrip pliers, NWS Ergo pliers, and one or two of the new NWS-made Irwin pliers. Wiha’s Inomic pliers (~$35 each via Amazon) also come to mind.

Husky’s new pliers look reasonably functional, and I like how the inner and outer handles are shaped differently to better fit users’ hands. The pliers are priced at around $10 for the set, which seems pretty good.

These pliers might be inexpensive, but they don’t necessarily look cheap.

My toolbox is over-flowing, and so I didn’t buy the Husky pistol grip pliers set on the spot. The more I think about these pliers, the more appealing they seem. I will continue to fight the temptation, but if I can think of a couple more potential applications for these angles pliers, at least one pair will come home with me after my next visit to Home Depot.