ToolGuyd > Hand Tools > EDC, Pocket, & Multitools > I Was Tricked into Buying 2 Lenox Utility Knives
If you buy something through our links, ToolGuyd might earn an affiliate commission. 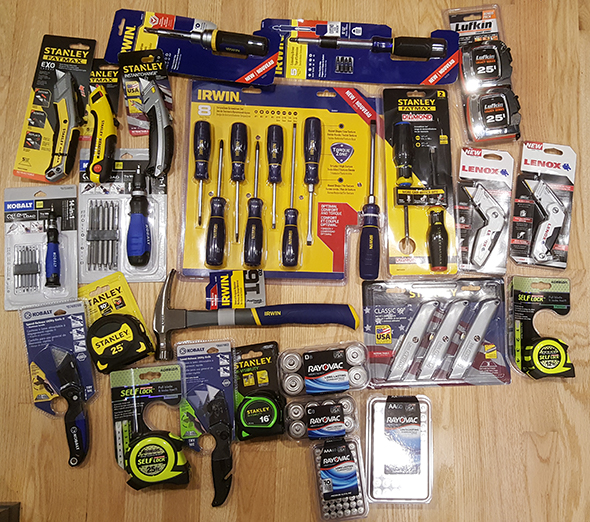 I feel that I was tricked into buying 2 Lenox utility knives, and I was mostly tricked by myself. How could this happen?

I was strolling through the tool deals section at Lowes, picking up items of interest. A Lenox folding utility knife, with “NEW” on the packaging had caught my eye. Sure, I’ll give it a try. It looked decent enough.

And then when checking out the regular utility knife section, I saw another new Lenox knife, similar, but with a built-in fold-out screwdriver. I bought that one too.

I pulled out my phone to search for the “new” Lenox LX150 and LX250 knives by their model numbers, and didn’t find any reviews or online product listings.

Today, about a week later, something brought me to a past Irwin utility knife review, and I saw that I linked to 2 other Irwin knives at the end of the post.

Wait a second, that’s funny. Irwin makes an FK150 knife, and an FK250. And the FK250 has a similar fold-out screwdriver as the new Lenox LX250 folding utility knife.

I have both of these Irwin knives in my test pile, but never found myself reaching for them over my more favored folding utility knives.

So why did I buy the same exact knives? Well, it wasn’t exactly intentional. 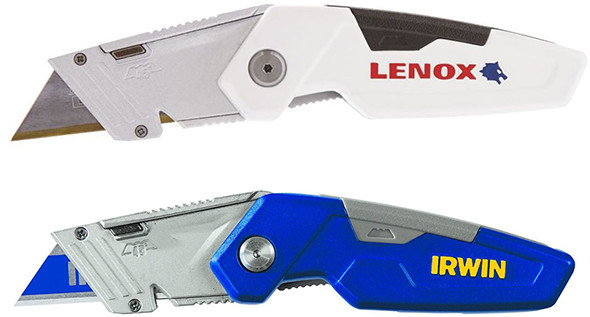 And yes, they look identical to me, aside from color scheme and branding.

It’s amazing what different colors and branding can do to a product. Had I seen the Irwin knife on a shelf, I probably would have given it a glance, but I would have left it on the shelf.

Which would you buy off the shelf?

The Lenox? It did a much better job at grabbing my attention. Plus, I was curious – how well would I like a Lenox utility knife? How good would it be?

I don’t need any more utility knives (that doesn’t stop me from continuing to buy more), but thought the Lenox would make for an interesting review.

I was completely unaware that this “NEW” Lenox knife was an Irwin knife in disguise. 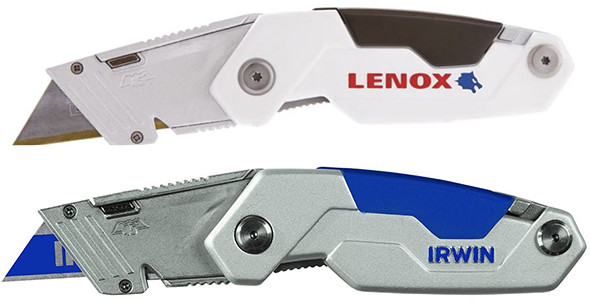 I kind of liked the Irwin version, and if I recall correctly my only dislike was that it had a somewhat chunky handle. I’ll have to pull it out to refresh my memory. Wait, no, I can just grab my new Lenox knife, and that’ll bring everything back. Right now it’s still in its clamshell packaging.

If I could read my own post and go back in time, would I still buy the Lenox utility knives? Maybe just the first one, the one without the built-in screwdriver.

I feel that I tricked myself – mostly – as I should have remembered that Irwin and Lenox were sibling companies – now owned by Stanley Black & Decker.

But Lenox is not free from guilt. They slapped a big NEW badge on the utility knives’ packaging, which I took at face value.

The absence of any online feedback or product listings for the LX150 and LX250 knives led me to put reasonable trust in that “NEW” claim.