ToolGuyd > DIY & Home > Ikea Duktig Toy Tool Set for Toddlers
If you buy something through our links, ToolGuyd might earn an affiliate commission. 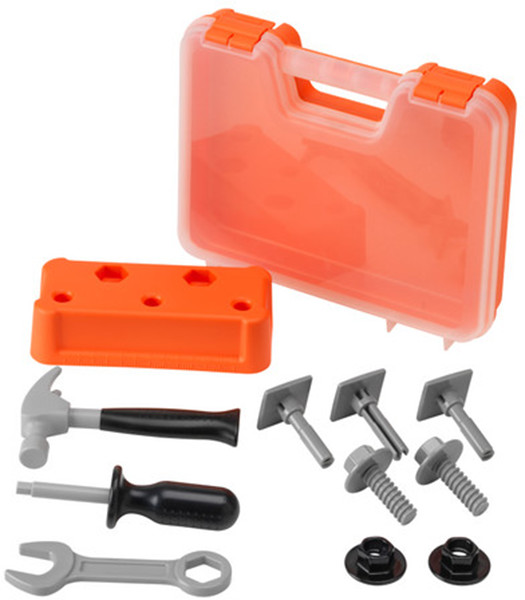 I previously wrote about the Green Toys tool set, but haven’t brought myself to buy it for my son yet. I don’t know why, maybe it’s the 2-year age recommendation, or how it doesn’t look like a cohesive set.

But when I spotted this Duktig tool toy set at Ikea, I bought it on the spot.

It’s pretty neat. It comes with a small base, a latchable box that’s similar or even identical to the ones that come with Ikea’s many mini tool or fastener sets, a hammer, a screwdriver (hex tip), combination wrench, 3 “nails,” and 2 bolts with flanged hex nuts. 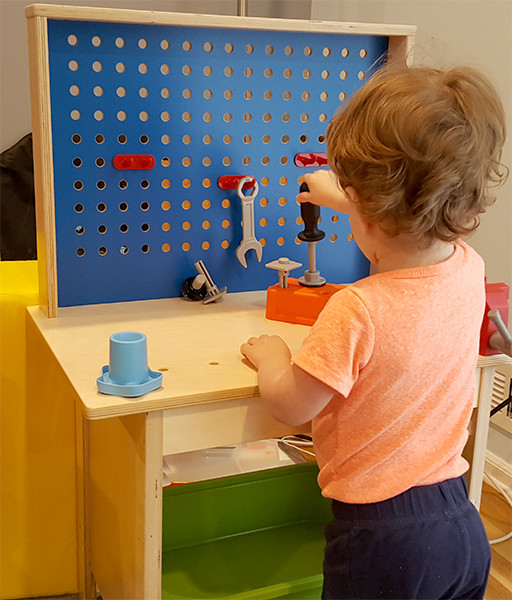 It took my son a little time to get used to it, and I must have showed him once or twice what to do, but he now LOVES it.

What I like is that it offers a fair simulation of how real tools work.

Also in front of my son in the photo is the recently discontinued Ikea Duktig workbench. It’s recommended for ages 3 and up, presumably because of the small parts present during assembly, but he’s been doing great with it too.

When I was assembling the workbench, I put my screwdriver down for a moment. My son took the opportunity to pick it up, and he started turning it in. He saw what I was doing, slipped the screwdriver inside holes not yet filled with fasteners, and proceeded to turn it.

This is a neat tool set for toddlers, at at just $8, you cannot go wrong.