ToolGuyd > Hand Tools > Layout & Measuring > Irwin Demolition Scratch Awl
If you buy something through our links, ToolGuyd might earn an affiliate commission.

Scratch awls are useful tools for starting screws, marking the location of holes to be drilled, scribing guide lines for cutting tasks, and other such kinds of things.

Shown here is Irwin’s “demolition” scratch awl, with a beefy multi-zoned handle. There’s a smooth section – a stabilizer zone – a heavily textured “high torque” zone, and a lightly textured “low torque” zone towards the end of the handle. At the very end is a metal striking cap.

Irwin says that the solid steel core and strike cap is suited for heavy impact in demolition work.

First things first, I really like Irwin’s newish screwdriver handle design. I bought a set of their screwdrivers from Lowes 2 or 3 years ago, and they feel great in-hand. That was just around when Stanley Black & Decker first acquired the company, and I’m happy to see that they’ve kept this design unchanged.

Now that I’ve said that, let’s talk about how this is a demolition scratch awl. Doesn’t that seem contradictory? A scratch awl is usually for precise layout work. 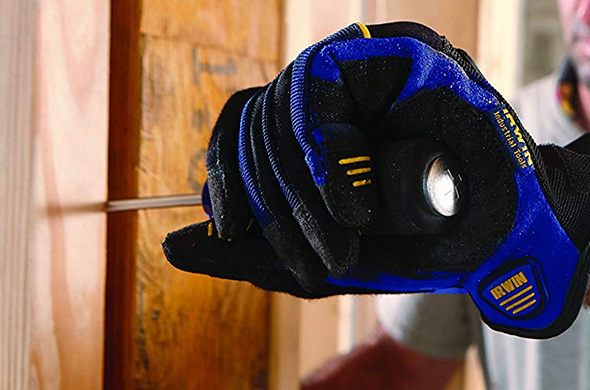 Judging from this product photo, the “demolition scratch awl” description is fully accurate. Yes, Irwin is saying that this scratch awl is suited for demo work.

Then again, my Dasco Pro scratch awl ($6 via Amazon) always seemed to be “too much tool” for simple hole-starting applications.

Would you use this for hole-starting tasks, as a heavy duty demo tool, a little of both? Or none of the above?

Hmm, Klein Tools makes a demo scratch awl too, and it’s a little higher priced even (via Amazon).

I don’t do demo work, but for screw-starting tasks, there is a vast selection of awls available for around $5. I’ve also known some folks to make their own improvised awls out of large framing nails.