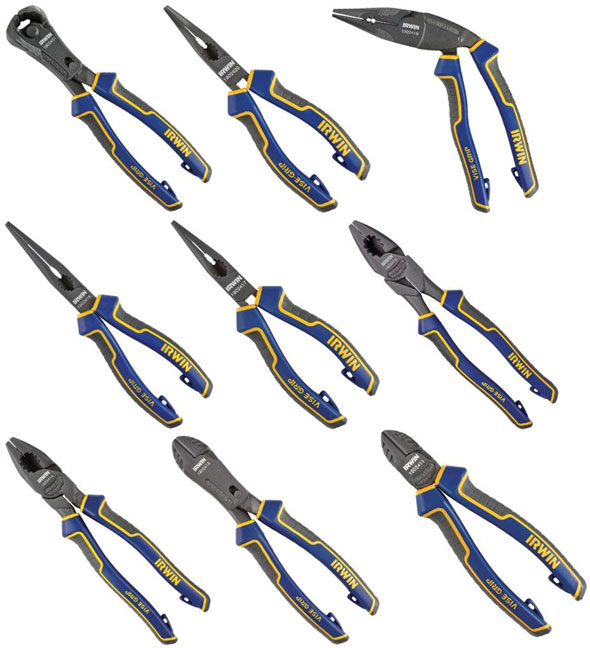 What are yellow and blue and NWS underneath? These new Irwin Vise Grip Pliers!

NWS is a very well regarded brand of German-made pliers. The brand isn’t very well known in the USA market, but that’s slowly changing. If you recall our recent post, Lee Valley recently started carrying NWS pliers, which is probably going to help the brand gain exposure here and in Canada.

As discussed a few years ago, I am quite fond of the couple of NWS pliers I own:

These pliers are unmistakably made by NWS, although the handle grips are very slightly different. 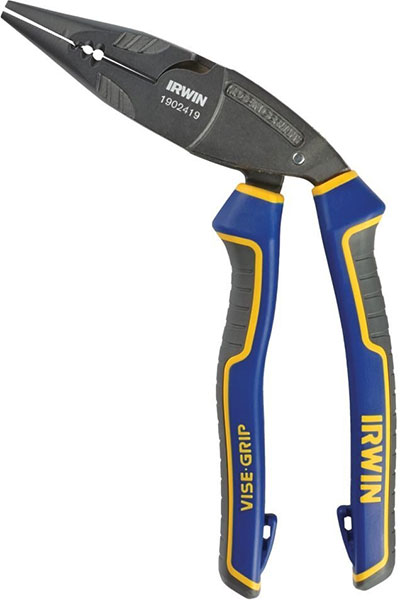 Common features include a rust-resistant coating, induction-hardened cutting edges that can be used on everything from soft copper wires to ACSR, nails, and even screws or piano wire, and comfort grip handles with built-in loops for a safety lanyard.

Some of the pliers have built-in box-end wrenches that can also grip things like screws and grounding rods, and the high-leverage models have special force-multiplier PowerSlot pivots.

Although I really like NWS pliers, I find myself a little hesitant to fully endorse Irwin’s new relabeled pliers. Over at Amazon, Irwin’s new pliers are priced higher than their NWS equivalents. In some cases they’re priced a lot higher.

I can understand why some might pay more for these pliers just for the Irwin or Vise Grip branding. On one hand, these pliers are all backed by Irwin’s Lifetime Guarantee. Plus Irwin and Vise Grip have name recognition among professional users, contractors, DIYers, and other tool users. But on the other hand, why pay more for the same pliers just because they’re blue and yellow with Irwin branding?

Amazon’s pricing might not be accurate, since the new Irwin pliers are listed as being able to “ship within 2 to 5 weeks.” Once Amazon has stock on-hand, maybe the prices will be reduced a little, but I don’t think that will happen.

It will be interesting to see what develops from this. Personally, I hope to see lower prices and even greater product selection. Irwin is going to have to be very aggressive with how they promote these new pliers to even have a chance of competing against brands such as Klein, Channellock, and even Knipex.