ToolGuyd > New Tools > Update: New IsoTunes Products, and Audio Issues
If you buy something through our links, ToolGuyd might earn an affiliate commission. 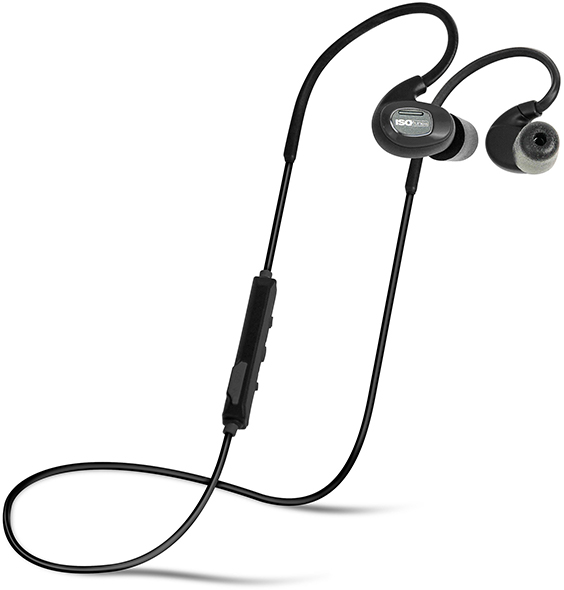 I reviewed the IsoTunes Pro Bluetooth hearing protection earbuds back in August. There have been a few updates to the product line, and an amendment to my opinion since then. First we’ll look at the new offerings from IsoTunes.

Evidently, some people didn’t like the orange and black color scheme of the original IsoTunes Pro earbuds, so they started offering the earbuds in all-black. They are the same $89 as the original pair and have all the same specs.  You can see the new earbuds above. 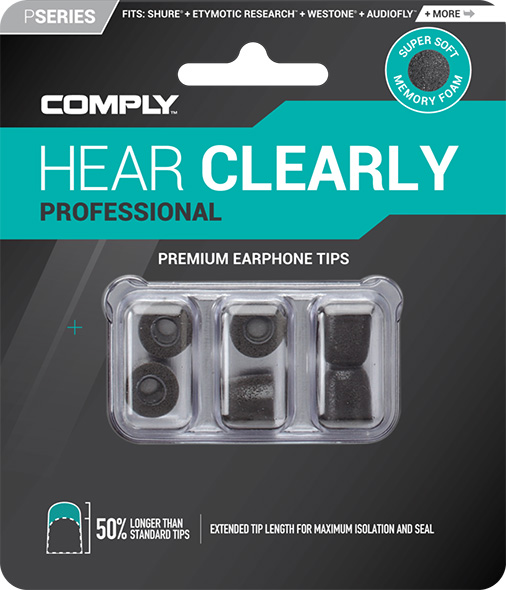 The second new offering from IsoTunes is the ability to order replacement eartips. This is timely, as I have ripped one of mine to shreds. It’s not that my ears are that rough, I just think the memory foam can only take so much manipulation before it starts to degrade. Maybe it’s constant exposure to earwax?

Finally, I’ve been having problems with the audio cutting out — sometimes to the point where it becomes unintelligible. I’ve tried to hone in on the situations where I experience issues and found it’s more likely to happen outside, using electric tools, and when I’m perspiring. I don’t need every one of those conditions to be true to have problems, but I’m far less likely to have problems when none of those conditions are met.

Take Sunday for example. I was listening to some tunes on the earbuds while I was vacuuming the house. I spent 30 minutes and did not have a single audio problem.

Later in my shop, I was removing the finish from a door frame with a random orbital sander hooked up to a shop vac. For a while I didn’t have any problems, but about 10 minutes in, the audio started skipping a bit. To solve the issue, I took the phone out of my pocket and put it over on a table 5 feet away.

After that, I mowed the lawn with the earbuds in and the phone in my pocket. I had a few cutouts, but I was able to mow the whole lawn without major issues. Then I started weed whacking with a Ryobi 18V trimmer. I don’t know if it’s just a coincidence, but at this point I’m sweating and my pockets are sticking a bit. The audio was cutting out more, but it was still bearable.

Finally, I started blowing off the driveway, street, and sidewalk with a Milwaukee M18 Fuel blower. The audio was fine for about 30 seconds and then it became unlistenable. So I grabbed the phone and put it near my ear as I was blowing, and it worked fine. Then I put it back in my pocket and it took thirty seconds or so before it started cutting out again.

It’s funny, because sometimes I’ll just clean off the driveway when I go outside first thing in the morning, and I won’t have any issues listening to music at all. That’s why I’m suspecting sweating being part of the problem, but not the entire problem because I’m definitely sweating while mowing the lawn and the gas lawnmower doesn’t give me nearly as many problems as the electric blower.

Here’s another counter example: On Monday, I wore the IsoTunes Pro earbuds for over 3 hours while I was repairing some flooring in our hallway. I was walking up and down stairs, running two different circular saws, a miter saw, table saw, and several vacuums. I never had one audio cutout.

In short, I don’t know what’s changed between when I did the review and now. I continue to use other Bluetooth earphones without issue, so I don’t believe it’s my phone. Then again I’m not able to use them in the more extreme situations that I can use my IsoTunes Pro earbuds.

The only thing I can say is that at this point I really can’t recommend the IsoTunes Pro earbuds if you are going to be moving around outside.