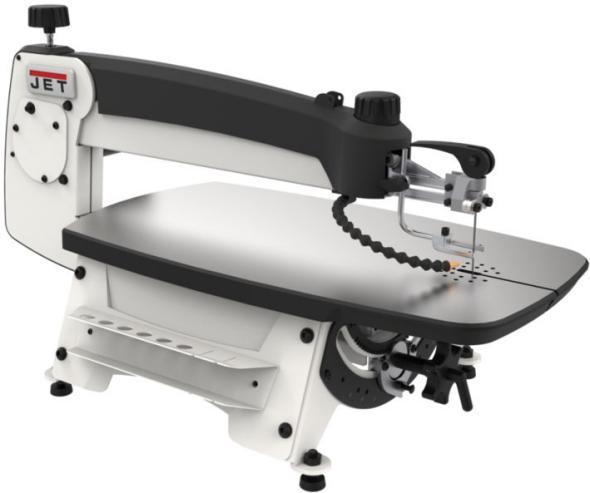 First, rather than having a tilting table like most scroll saws, it’s the arm that tilts while the table remains stationary. Second, blade changes are said to be made easier, thanks to a slot in the table. This new blade holding system also makes it faster and easier to thread blades into your work.

The scroll saw has a 3/4″ stroke length and maximum cutting depth of 2″. The motor has variable speed control that can be adjusted from 400  to 1550 SPM (strokes per minute).

The throat depth is 22-3/8″, and the cast iron table measures 12-7/8″ by 23″. Also, you can lift the top arm up and out of the way if you have a large workpeice. The arm is spring-loaded so it’ll stay there until you put it back down. 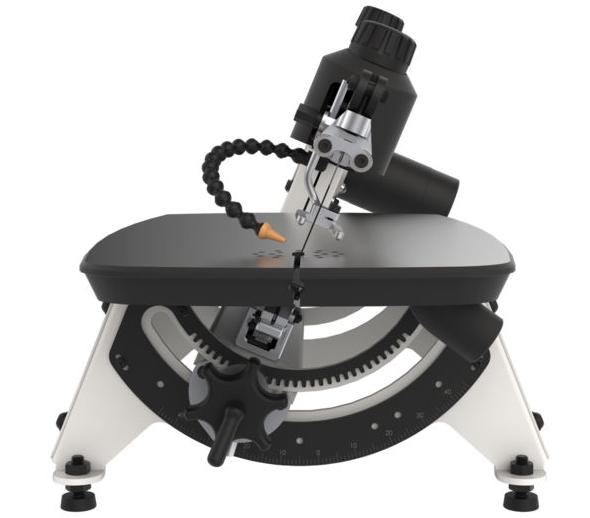 To make angled cuts, you can tilt the arm between 45° to the right and 40° to the left, while the table stays level. 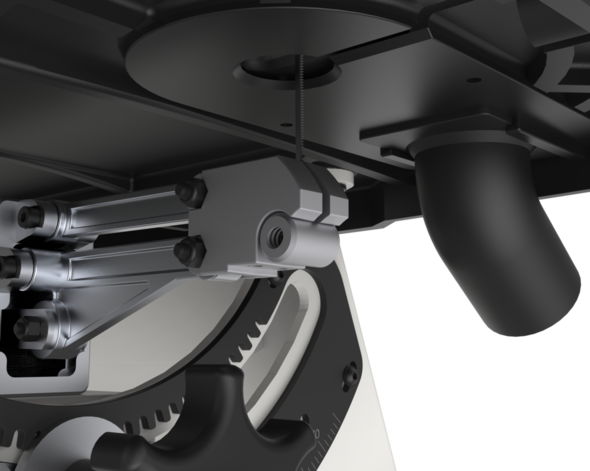 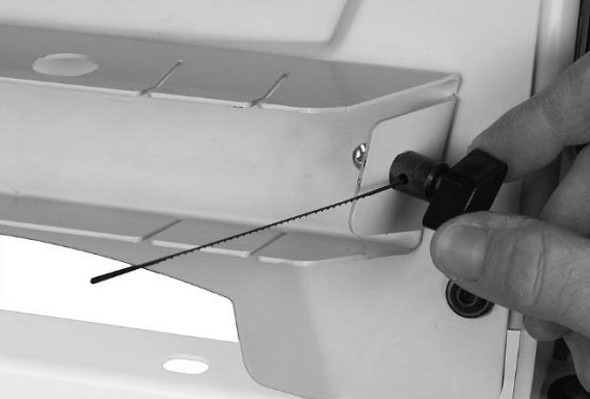 The saw features built-in blade storage, and can accommodate tubes of spare blades, and also lower blade holders that are preloaded with blades. I suppose this means you can buy extra lower blade holders, for quicker blade swaps.

On the side of the blade storage area, there’s a hole to hold the lower blade holder while you tighten a blade into it. It isn’t shown on any of the pictures on the website, but I dug one out of the manual

Jet also built in an air blower, for clearing sawdust away from the blade for better cutting visibility. It also has a removable dust collection port on the bottom of the saw, and dust collection holes in the table, flanking the blade and cutting zone. 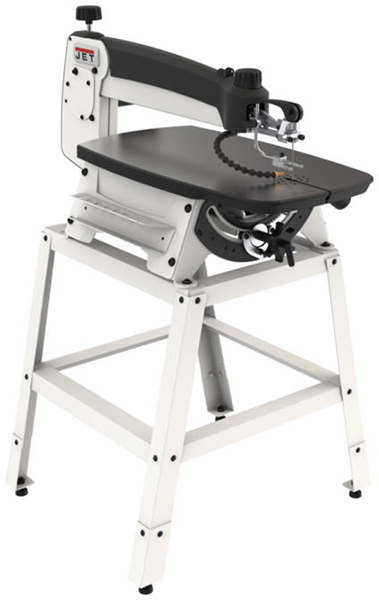 Right now, Sears has the best price on the saw and stand combo, via a 3rd party seller “Factory Authorized Direct,” for $900.

Buy Now(Saw via Amazon)
Buy Now (with stand via Sears)

Check out Jet’s video to see the new features in action.

I remember really enjoying working on some old industrial Delta scroll saws we had in my shop class. So back a few years ago. I purchased a cheap 16″ Porter Cable model to do some scroll work. But, it’s barely usable and not exactly enjoyable to work on. It hops up and down like a truck with no shocks on a washboard dirt road. Whether I have it on the stand or bolted to a table really makes no difference.

Plus, changing blades is a pain because you have to grope blindly under the table for the lower blade mount. Because of all that, the scroll saw lives in a space under my bench and only gets pulled out once in a while when I can’t use my jigsaw to make a cut.

If you watch the Jet promo video (embedded above), at one point the guy puts a nickel on edge on the table and proceeds to use the scroll saw. The nickel doesn’t fall over – it doesn’t even budge! That drives the point home the table doesn’t vibrate. And changing the blades seems so easy that you could do it without looking.

I always dreamed of getting a Dewalt DW788 20″ scroll saw, but now that I’ve seen this saw from Jet, I’m dreaming a little bigger.