ToolGuyd > Power Tools > Cordless > Kawasaki Cordless Drills Recalled Due to Burn Hazard
If you buy something through our links, ToolGuyd might earn an affiliate commission. 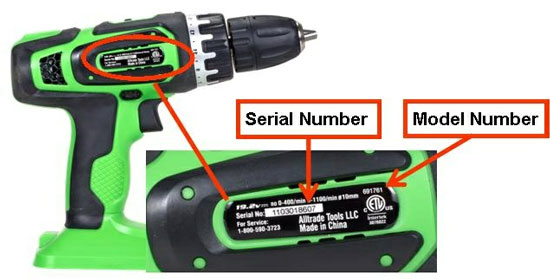 Alltrade, makers of the Kawasaki cordless drills sold at Costco, has recalled about 45,000 units due to defective (or poorly designed) switches. The triggers can short out, heating things up to the point where the tools can pose a burn hazard.

Model 691761 with specific serial numbers are included in the recall. These drills were sold through Costco stores May 2011 through Feb 2012, and were priced at ~$50.

If you have one of these drills, check out the CPSC alert to see if its serial number is included by the recall. Users affected by this should stop using the drill immediately and contact Alltrade to receive a free replacement.

There have been 33 reported incidents and one minor burn injury.

More Info via US CPSC