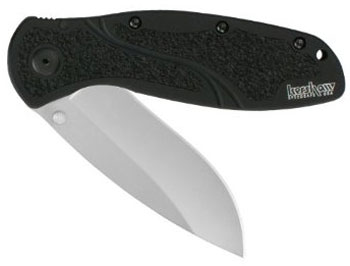 Although we haven’t mentioned them in a while, we’re huge fans of Kershaw knives. I own two Kershaw Ken Onion Leek knives, and haven’t found any knife in the same price range that comes close to these in terms of build quality or sharpness.

It looks like Kershaw’s Blur is also quickly becoming a very popular knife. Maybe this has something to do with the new and more affordable version that has relatively popped up for sale. The blade on this new Blur sports a silver finish instead of the black tungsten DLC coating found on most of the other knives in the line.

Word on the street is that this silver-blade version is an exclusive special run for Amazon, which explains why it’s priced at ~$32, which is about $20 less than the other Blurs. In addition to the difference in blade coatings, the silver-finish Blur features a 420HC stainless steel blade while the others feature 440A or Sandvik 14C28N blades*.

As with the Leeks, the Blur features Kershaw’s Speed Safe assisted opening mechanism, a removable and reversible pocket clip, and a small thumb stud should you need it.