ToolGuyd > New Tools > King’s Harness Painter’s Tool Belt and Suspenders
If you buy something through our links, ToolGuyd might earn an affiliate commission. 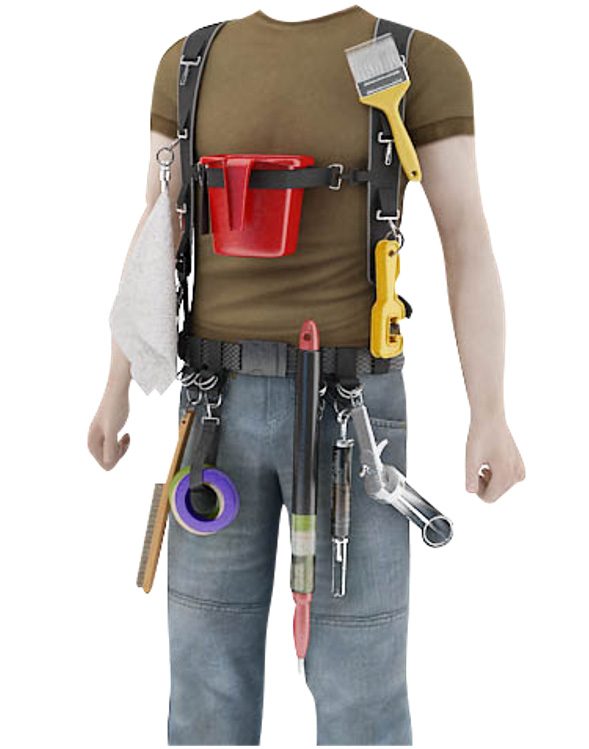 There are all kinds of tool belts designed for use by carpenters. But for painters? Not so much. 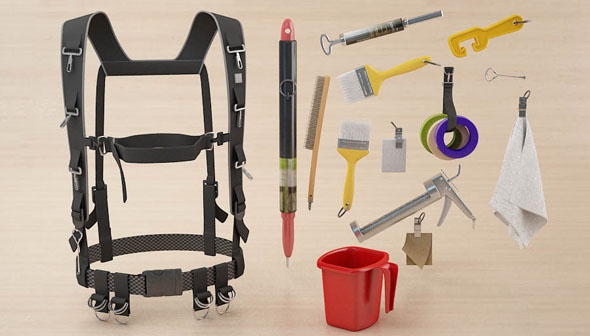 It’s strange when you think about it, because except for when they’re spraying or rolling, painters use plenty of tools. Depending on the job, they might need to carry a scraper, caulking gun, putty knife, paint can opener, masking tape, duster, rag, or sandpaper. And there’s the brush and can or cup of paint too. 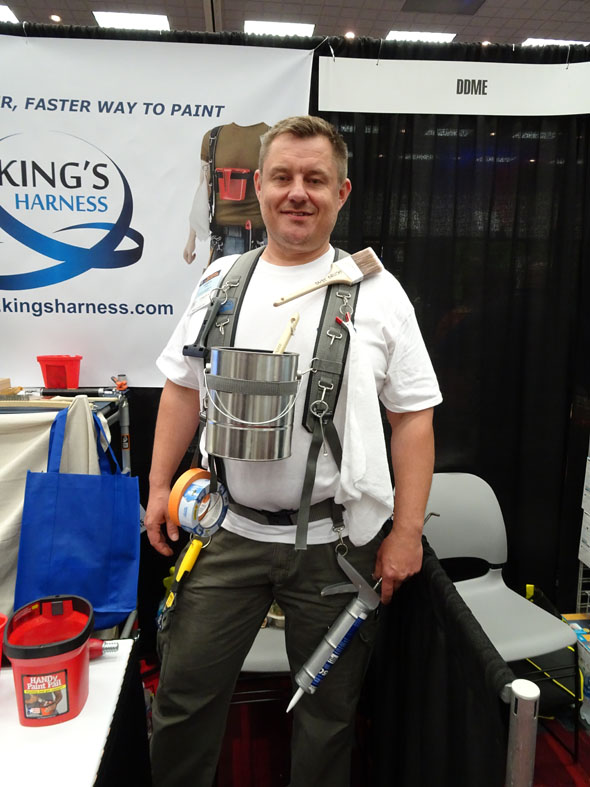 After one too many trips down the ladder to get a tool he was missing, a Chicago-area painter named Henryk Krol decided he needed a tool belt. He tried a number of ready-made products, but none were suited to painting. So he bought a belt and harness and adapted it to his work.

He later made one from scratch and used it in his own painting work. He made a second one for a friend and after discovering the friend was still using it years later, Krol decided to turn his idea into a product. 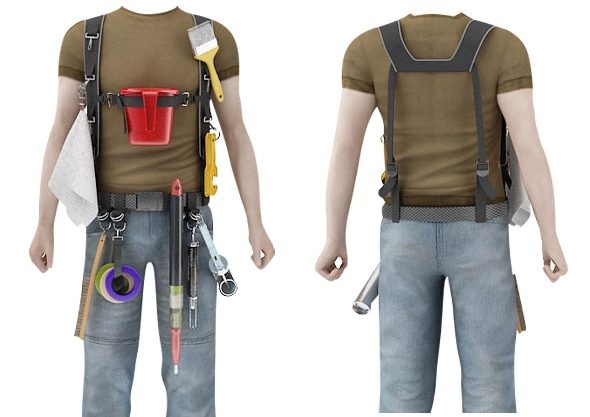 The end result, after many iterations, is the King’s Harness, a tool belt designed specifically for painters. It features a belt and suspenders studded with spring clips to which tools can be fastened with the included key rings. The ferrule of a metal dusting brush can be stuck to a magnet on the upper left suspender strap. 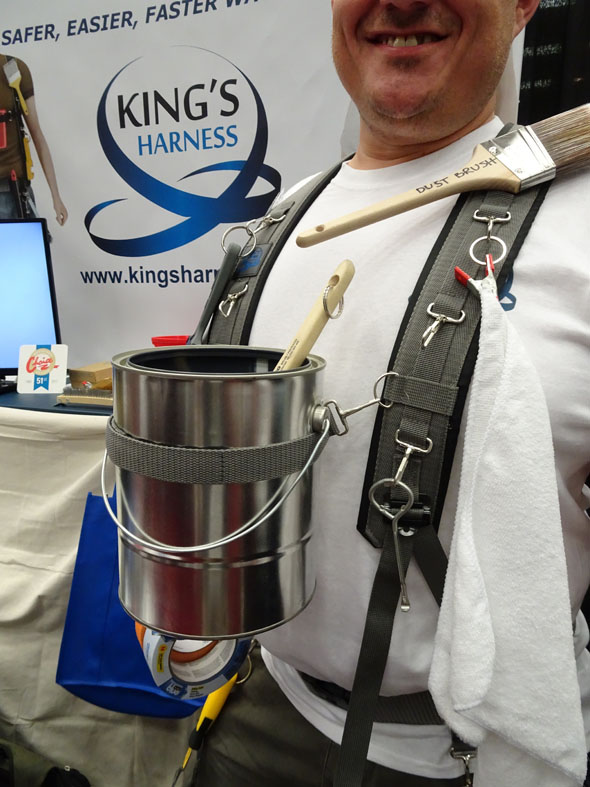 A chest-level Velcro strap (Krol calls it a center strap) can be used to hold a can or cup of paint against your chest, leaving both hands free for climbing a ladder and one hand free when wielding a brush. The belt and straps are adjustable, so it’s one-size-fits-all.

I met Krol at the National Hardware Show, where he had gone to find distributors willing to carry his product. In the meantime he sells the King’s Harness from his website.

I’ve done a lot of painting—on my own homes and professionally, before I became a carpenter—so I understand the problems Krol faced when trying to buy a tool belt. Carpenter belts are fine for carpentry tools and fasteners, but are more or less worthless for items a painter must carry.

Having to clip and unclip tools from the harness would take some getting used to (as would having a bunch of tools swinging around), but the same is true when you making any major changes to your work habits. What you carry and where it hangs is up to you.

I particularly like the way the harness allows you to carry a can or cup of paint against your chest. There could be one downside to this configuration; what happens if you drop something and accidentally bend forward to pick it up? If the can or cup contains enough material, you will likely spill paint. But that’s the kind of mistake you make only once. And anyway, there are a million other ways to spill paint.

In discussing the center strap with Krol, he mentioned something I hadn’t considered. He said strapping the can or cup to his chest lets him to hold the brush in one hand and brace against the wall with the other (instead of using it to hold the can). This allows him to cut straighter lines than would be possible without bracing, because two feet and a hand is a steadier base to work from than two feet only.

My one complaint is that there is only a single magnet. I’m left-handed, and if I were to use this harness I’d want to be able to grab the dusting brush off my right shoulder.

I wish the King’s Harness had been around when I was painting old houses.