ToolGuyd > Hand Tools > Electrical Tools > Klein 160th Anniversary Side Cutting Pliers
If you buy something through our links, ToolGuyd might earn an affiliate commission. 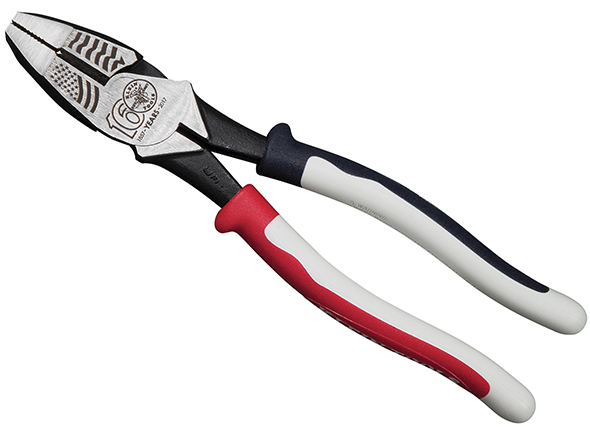 The new “limited edition” anniversary model is engraved with the American flag across its jaws, and features unique red, white, and blue Journeyman handles.

The 2000-series cutter blades can handle heavier duty materials, such as ACSR, screws, nails, and most kinds of hardened wire. Its high leverage design is said to provide 46% greater cutting and gripping power compared to other pliers designs.

Klein says that the handle can absorb the “snap” when cutting wire, and that the pivot is hot-riveted for smooth action and no wobble. 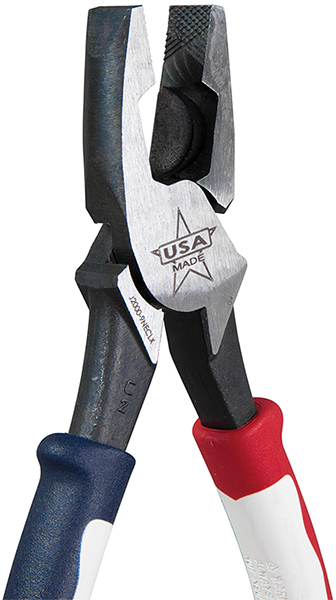 There’s a “USA Made” graphic on the opposite side of the jaws.

Although they should perform as well as Klein’s less adorned ordinary-looking side cutting pliers, these limited edition pliers are likely better suited as collectible pieces. Or use them as you would any other pliers, and enjoy the good-looking design until they get dirty or worn beyond recognition.