ToolGuyd > Power Tools > Cordless > New Klein Clamping LED Flashlight
If you buy something through our links, ToolGuyd might earn an affiliate commission. 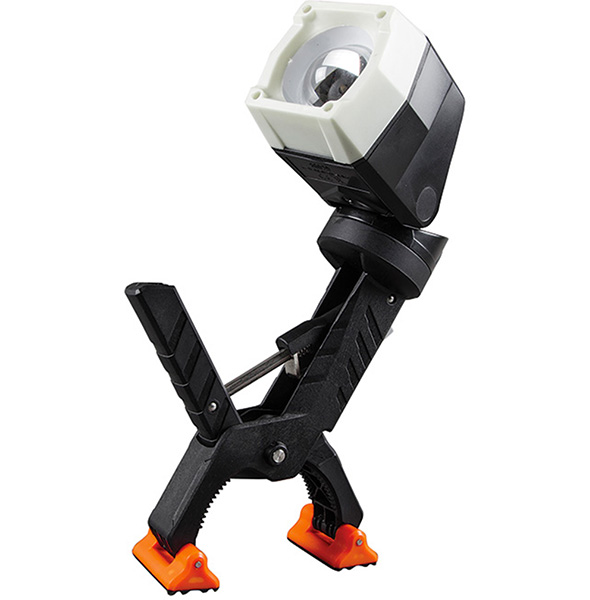 Klein has come out with a new clamping LED flashlight, 56029.

There are a couple of features I haven’t seen before on a light like this. First, the flashlight can stand up, unsupported. That pale colored part of the flashlight head housing? It glows in the dark and energizes when the flashlight is on (or exposed to sunlight or other strong lights).

The head rotates a full 360°, and pivots up to 90°, so you can aim the light wherever you need it. It can be clamped to various materials, and ladders too.

There are 2 brightness modes.

It’s rated to IP54 for dust and water resistance. 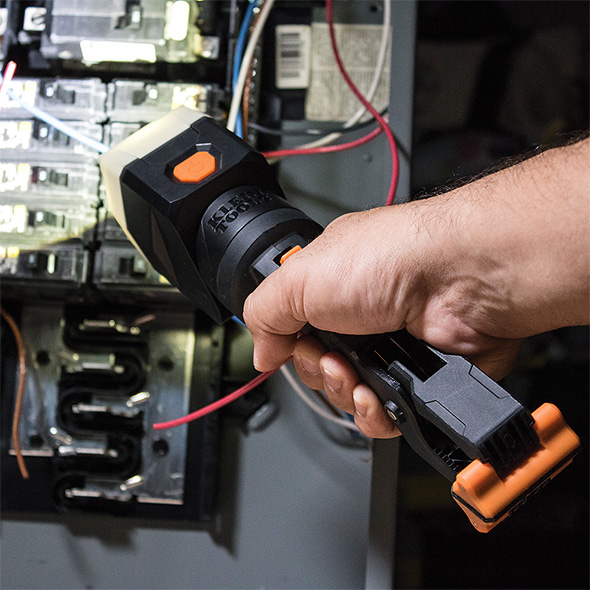 And if you need to use it handheld? The Klein clamping light folds down and can be held with a regular flashlight-style grip.

Klein says it can handle 10-foot drops, and it can work in extreme temperatures from -20°F to 120°F.

There’s one thing I don’t quite get. 8 hour runtime for the 250 lumen brightness setting, but only 10 hours at 125 lumens? But that’s the only thing I’m unsure about. The design looks sound, and the features well thought out.

Klein makes glow in the dark screwdrivers, and also glow-handled pliers. The glow aspect can be a convenience. But in the case of this worklight, it’s a fringe feature that you can ignore if you don’t find it helpful, but maybe it will come in handy.

The pricing seems reasonable for a multi-featured worklight like this. Some might cry “but I can get more lumens for less!,” but I think that this light’s specs justify the price. It’s drop rated to 10 feet, it’s waterproof and dust resistant to a IP54 specs, which seals it against dust and protects against splashing water, and it has a rotating and pivoting head. There’s also the clamp.