ToolGuyd > Hand Tools > Electrical Tools > Klein Conduit Locknut Wrench
If you buy something through our links, ToolGuyd might earn an affiliate commission.

Imagine you are trying to run conduit or even Romex to a single gang metal electrical box. You need to fasten the connector to the box by sticking it through a knockout and tightening a studded locknut onto the threads inside the box, but there isn’t much room to maneuver inside a single gang box.

I don’t own a conduit locknut wrench, so in tight situations I’ll usually tighten the nut by pressing on one of the external studs with the blade of a screwdriver. I know I’m not alone in doing it this way. Using a wrench would make a much better mechanical connection, but in many situations there just isn’t much room to swing the arm of the wrench, and frankly the screwdriver is faster. 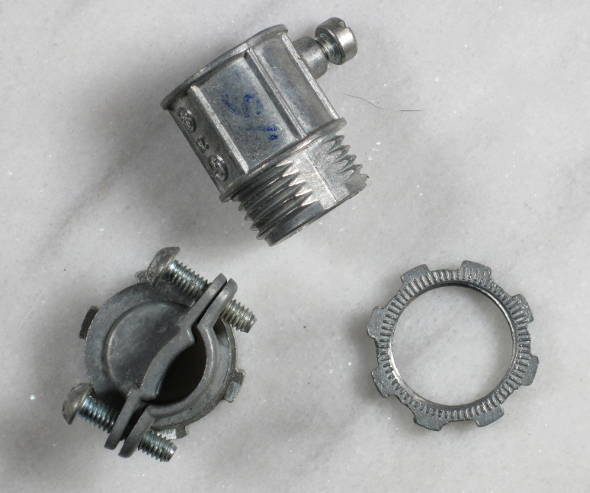 Compounding the issue, conduit locknuts aren’t like regular nuts, they usually have grooves or are concave with studs twisted out of plane to grab the inside of the box. Also the threads often aren’t perpendicular to the side of the box (or the box side itself isn’t flat), so when you start tightening, you think the nut is almost tight, but then it’ll start spinning freely again. 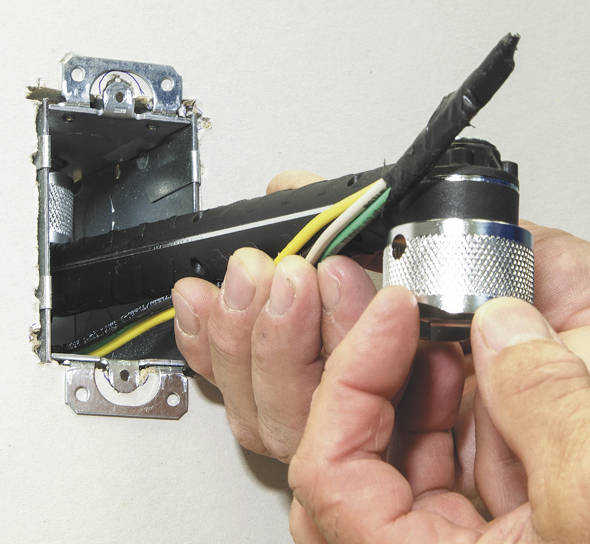 Klein’s conduit locknut wrench makes it easier to deal with these finicky nuts in confined spaces. Whats really neat about it is that the two drive heads on opposite sides of the wrench are mechanically connected, so when you turn one, the other one turns.

This connection means that you can stick the wrench over the connector threads onto the nut and simply spin the other head to tighten it. Then to finish torquing the nut, just stop the head with your hand and swing the body of the wrench. 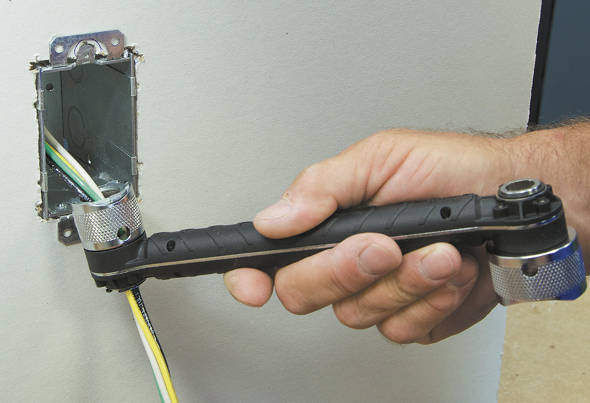 If you already have wire pulled into the box, the wrench has a pass-through head. You can pull the end of the wire through the head so you can fully engage the wrench with the locknut.

This 9″ long wrench is made from heavy duty steel and covered in plastic, presumably to protect the internal gearing. It’ll fit nuts on both 1/2″ and 3/4″ connectors.

Because of the mechanical drive, and probably the Klein name, this wrench is more expensive than other tools for tightening locknuts. You could spend $8 on the Gardner Bender conduit locknut wrench shown above, which is only good for one size of locknut, $17 on a Irwin conduit and locknut reaming pliers, or about $40 for Klein’s conduit locknut wrench.