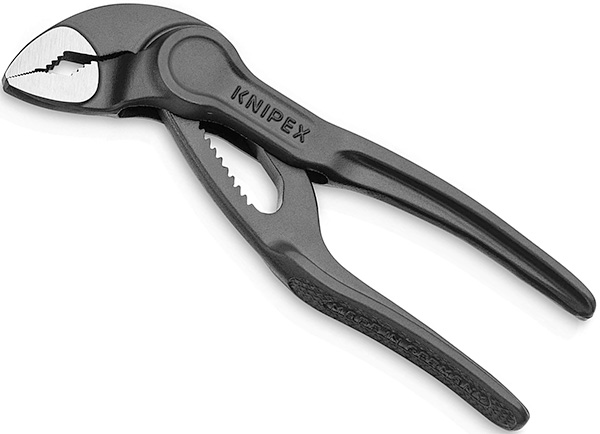 I’m fond of Knipex Cobra adjustable water pump pliers, and tend to use my 7″ size most often. I also tried their 125mm (5″) model a while ago, and found it to be a great size for pocket-carry and stowing into small tool set pouches. It was small, but useful.

The new 4″ Knipex Cobra XS pliers are even smaller.

Knipex Cobra XS shares most of the features common to other Cobra adjustable pliers. They’re self-locking on nuts and pipes and with a no-slip grip that requires minimal hand pressure.

I’m sure you noticed that the handles look a bit naked without a handle grip. According to Knipex’s product catalog this was done to keep the pliers as slim as possible. Texturing on the handle face helps to ensure that users can still expect a good grip. 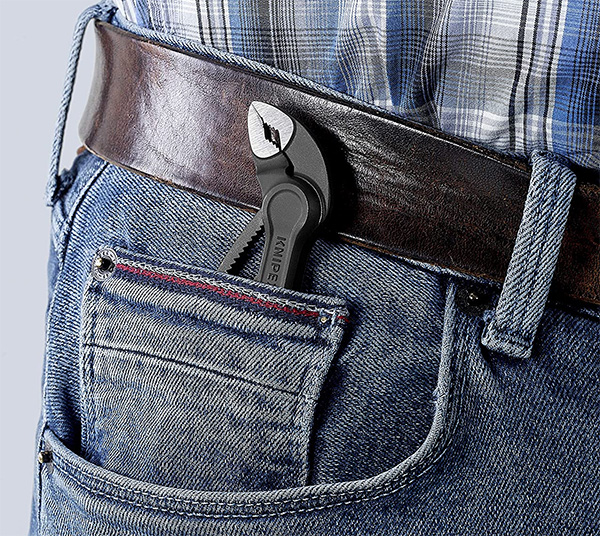 I’d say it also looks small enough that it should be able to fit into a multi-tool pouch (by itself), or other pouches or sheaths designed for compact EDC tools. 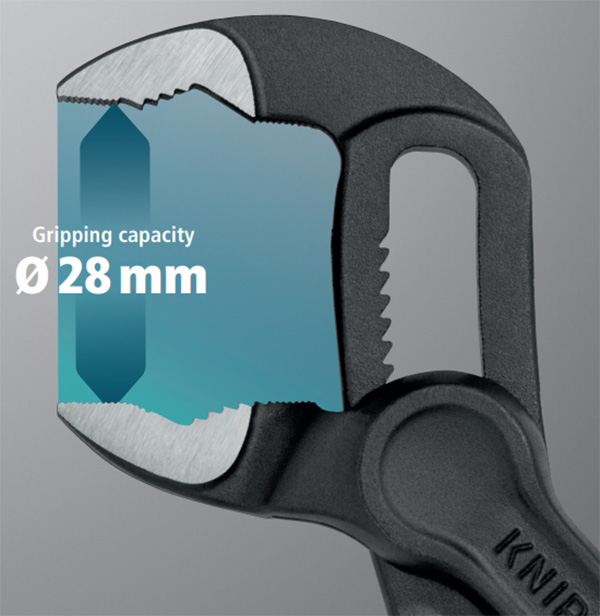 Knipex shows off that, despite its size, these small Cobra pliers can still be used on larger fasteners. It has a max jaw opening width of 28 mm (~1.10″) and can fit hex-shaped nuts and bolt heads up to 24 mm. 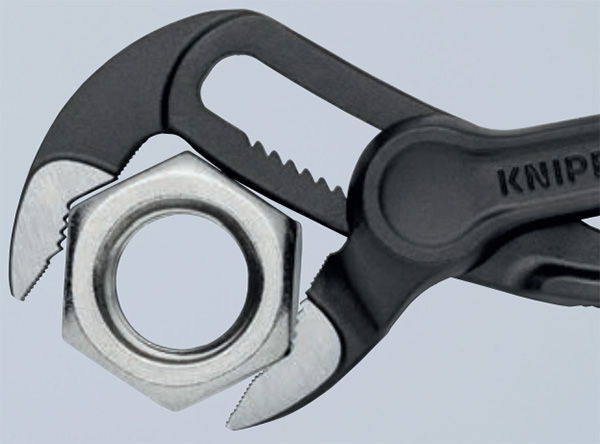 The V-groove jaws allow for engagement of hex fasteners across their corners. 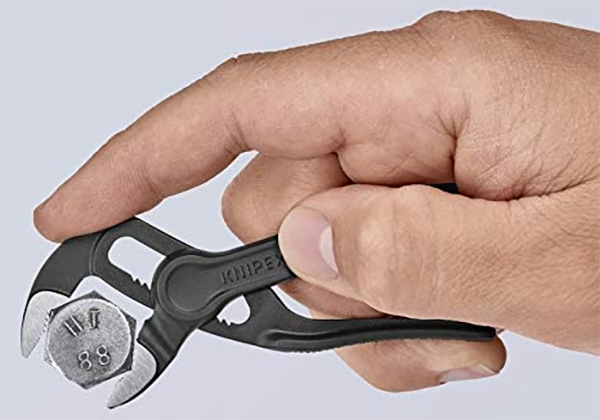 It does look to require modified hand positioning and grip due to the very small handle length. 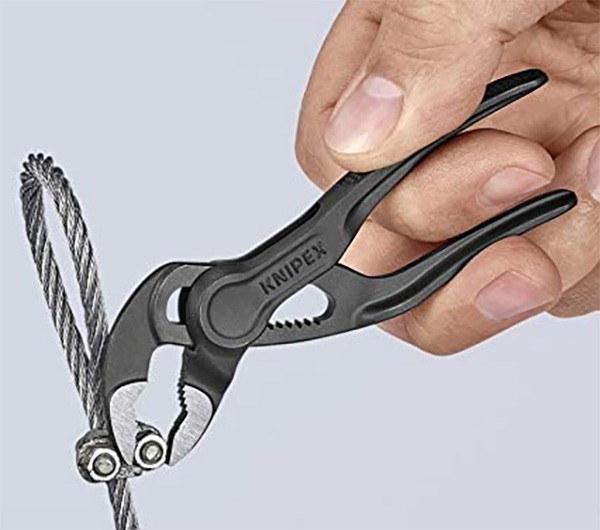 One of the things that always bugs me about Knipex’s smaller sized pliers is that they often cost more than the larger sizes.

Well, they usually require just as much work to produce, and probably only marginally more (cost-wise) in the way of raw materials. Coupled with presumably less demand, and the result is comparative or sometimes even higher pricing.

The Knipex Cobra XS looks to have a different design than other Cobra pliers, even the 5″ model. 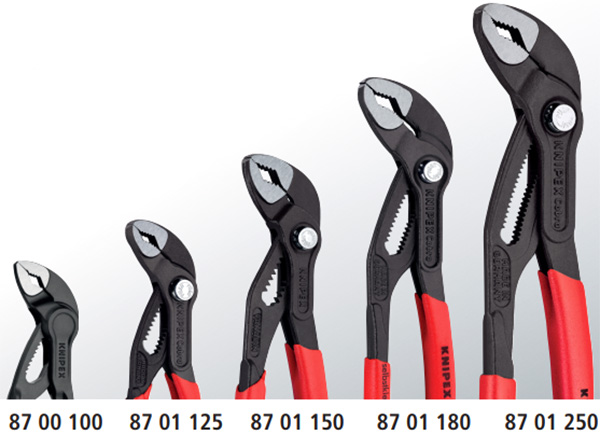 So, it always irks me that smaller pliers could cost more than larger ones, but if you want this smaller size, there’s no getting around the premium.

This seems more aimed at EDC use then tool kit inclusion, as pliers that one might carry for impromptu gripping, maintenance, or fastening tasks they might come across.

If you don’t already own any Knipex Cobra pliers, also consider the 7-1/4″ size. That size is slim and compact enough for back-pocket carry, and large enough for general purpose use on a wide variety of fasteners and materials. 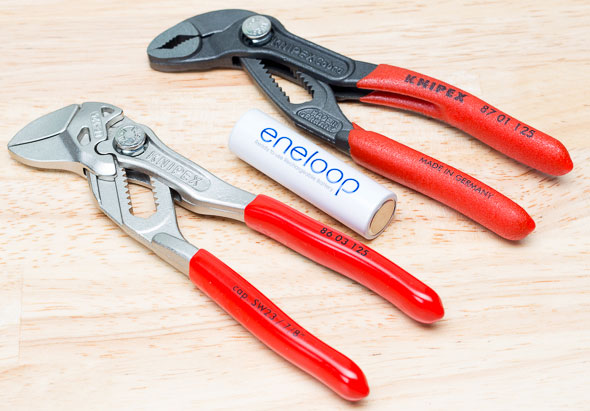 The 5″ size is also a good compromise between compactness and usefulness.