ToolGuyd > Hand Tools > Pliers > Knipex Pliers and Hand Tools – “SBA” Means Retail Packaging
If you buy something through our links, ToolGuyd might earn an affiliate commission. 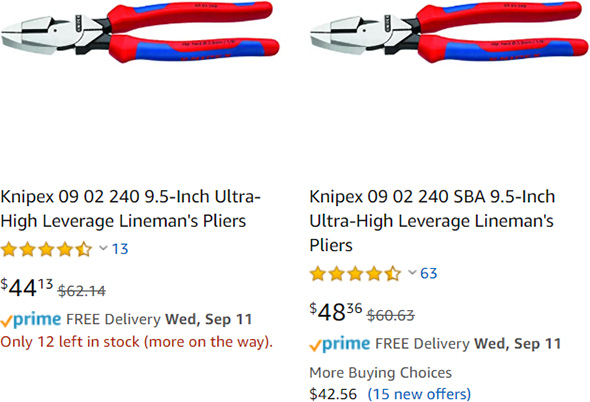 What does SBA mean?

In my experience, SBA simply means the pliers are shipped with retail packaging, with a card and plastic clamshell cover.

Some Knipex tools ship in a simple cardstock box.

For certain tools, retail packaging might be a way to avoid shipping damages.

Sometimes, you don’t have a choice. Other times, the model with retail packaging is a little less expensive. It’s not a great example, but the SBA version of Knipex’s electrician’s pliers are around 20 cents less expensive than what I’d describe as the “bulk packaging” version.

Maybe you already knew all this, but if not, maybe it’ll save you a couple of dollars someday.