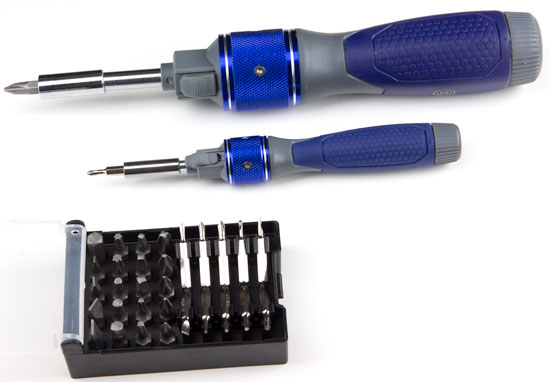 Also be sure to check out Husky’s new $10 3X ratcheting screwdriver. 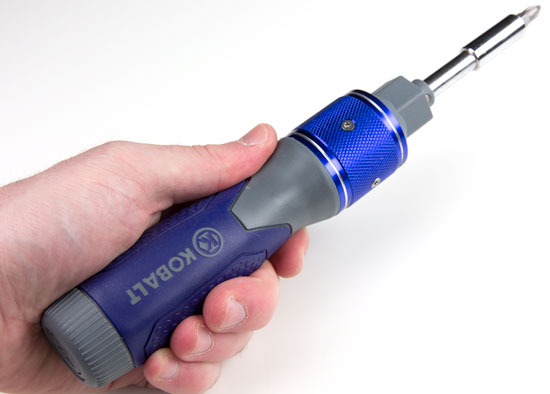 Lowes and Kobalt describe the full-size driver as being identical to the one released in late 2011, but there are two noticeable differences.

First, the direction selection switch and gear housing to the front of the blue collar are made of plastic. These components on the original Double Drive screwdriver were made of metal.

The shift from metal to plastic was probably done to lower costs, but it brings an added benefit for users: lower weight. One thing I didn’t like about the original Double Drive was how heavy it was compared to other bit holders and ratcheting drivers.

It could be my imagination, but the new Double Drive mechanism feels smoother in operation than last year’s. Smoother gearing doesn’t seem like much, but it left me with a more positive overall impression of the new driver. 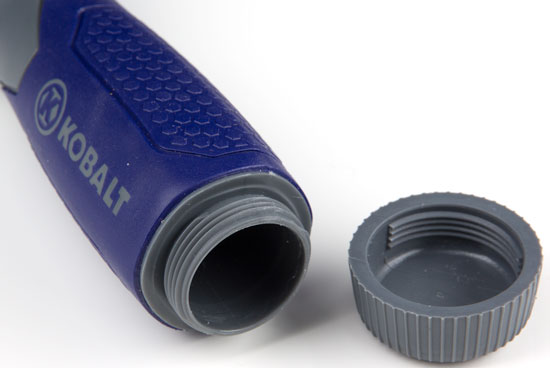 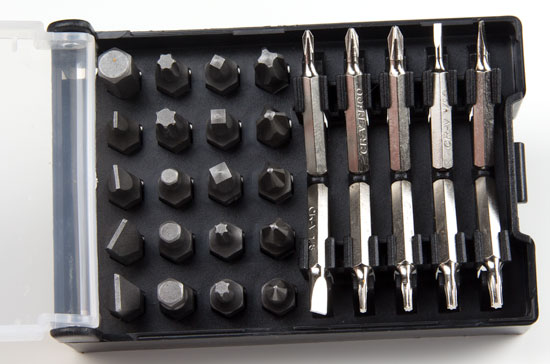 The 32pc set will be available at Lowes stores and online starting in November for $20-25.

There is also a limited-edition online-only bonus set that includes a free carrying pouch and  screwdriver extension: