ToolGuyd > Hand Tools > Mechanics' Tools > Your Kobalt Hand Tool Warranty Experience?
If you buy something through our links, ToolGuyd might earn an affiliate commission. 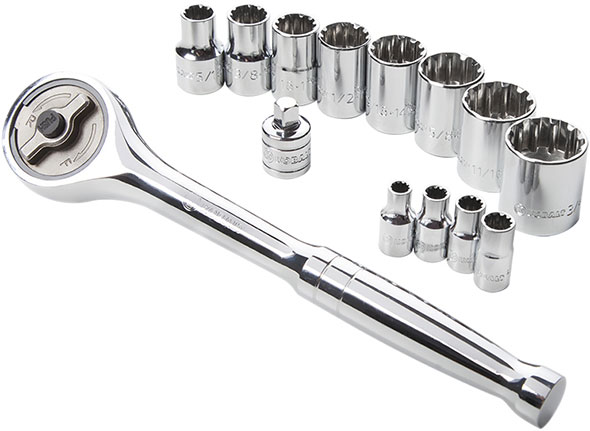 I remember seeing that Kobalt tools were covered under some kind of hassle-free guarantee. It says something of the sort on the back of their hand tool packaging. Yup – I checked and Kobalt offers a Lifetime Hassle-Free Guarantee on their hand tools.

I have returned and exchanged new Kobalt tools at Lowes before, but had never taken advantage of their warranty. Then again, I don’t have a toolbox full of Kobalt tools – I mainly have random ones that complement other preferred brands of tools. A mini Torx multi-bit driver set here, a Robertson #2 (square) screwdriver there, and a 1/2″ breaker bar somewhere.

With some free time yesterday, I browsed around the Garage Journal forum, where I found a post describing a rather frustrating Kobalt tools and Lowes warranty replacement incident.

In a nutshell, MagnumForce, the thread starter, broke off the ball end of a hex bit socket and tried to get it replaced by Lowes. After a half hour, a runaround, and requests for his debit card, he gave up and went home. Read more about it here.

I don’t know if this would have been eligible for warranty replacement, but it might apply for satisfaction guarantee replacement. It’s hard to say, as Kobalt doesn’t really have fine print terms and conditions anywhere that I can find.

But warranty eligibility is not the point. From MagnumForce’s complaint, it doesn’t seem like the cause of the breakage was an issue; it seems that he would have had the same experience at the customer service counter if he had instead discovered a manufacturing fault in the bit socket.

So my question is this – if you have ever had to take advantage of Kobalt’s hand tool warranty, what was your experience like?