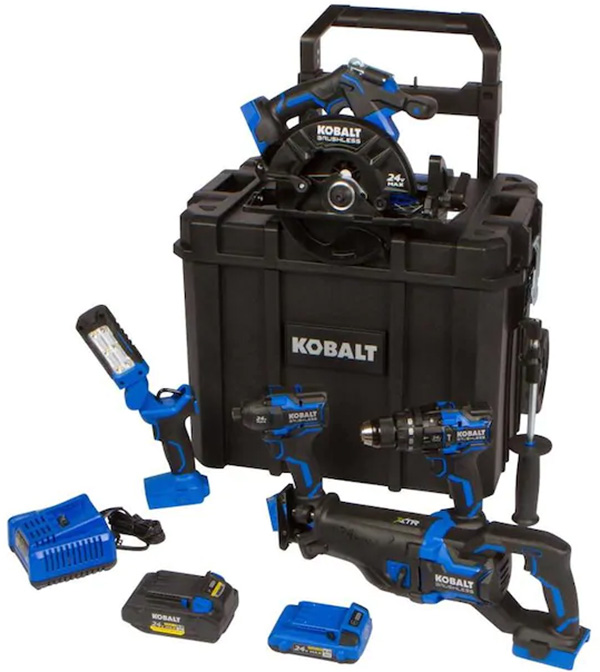 Lowe’s and Kobalt sponsored our exploration into the Kobalt 24V XTR cordless power tool line earlier this year, and I remain deeply impressed by what the tools can do.

The have continued to be my go-to even following the paid campaign. I have been meaning to give these tools away, but cannot quite bring myself to do that yet – I like them and have been using them often!

Quite a few readers have emailed me since then. Where or when will the Kobalt XTR cordless power tools be back in stock at Lowe’s?

I asked Lowe’s, and they said they expected for the combo kit to be back in stock for the holiday season. I’ve been checking, and they are now back in stock. 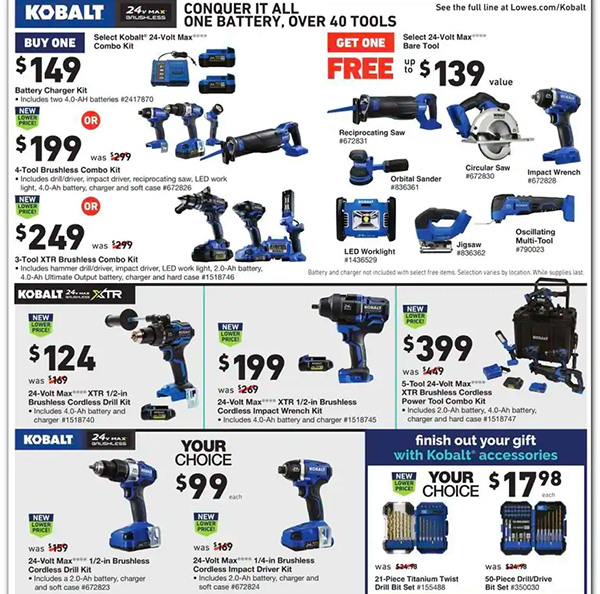 The Kobalt 24V 5-tool cordless power tool combo kit will be priced at $399.

The combo kit comes with a hammer drill/driver, impact driver, circular saw, reciprocating saw, and flashlight. It’s bundled with a 2Ah battery and a 4Ah “Ultimate Output battery” with a compact form factor. And, it all comes with a rolling tool box.

Kobalt will also have a 24V Max XTR drill kit and 1/2″ impact wrench kit in stock for the holiday shopping season as well, along with a number of other Kobalt 24V kits and combo kits.

I still haven’t used the flashlight yet, but can answer questions about the other tools that you might have.

One reason I’ve been using the Kobalt XTR drill is because in heavier duty tasks, it’ll shut off if it binds, rather than twisting at my wrists. For the other tools, I’ve been loving the abundance of power and performance.

If you were looking to buy into Kobalt’s 24V cordless power tool ecosystem, the XTR combo is a great way in. Their non-XTR tools are decent too. I’m focusing on XTR here because that’s what I’ve been asked specifically about. There’s also a chance that once the holiday inventory sells out, we might not see the combos restocked until near Father’s Day.