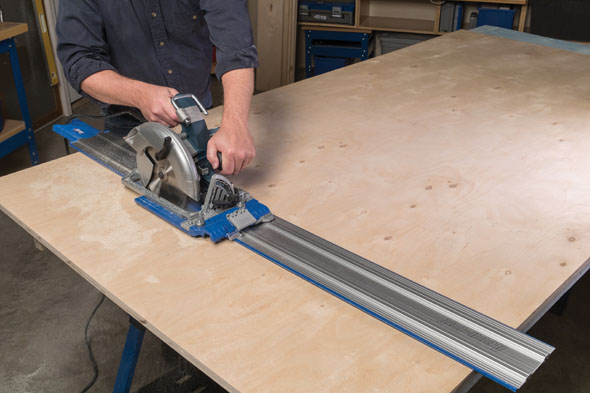 In 2017, Kreg introduced the Accu-Cut, a sled and track system that can be used with any standard circular saw. At the time, there was only one track size, 26-1/2″, which combine to allow cuts up to 48″ long.

If you’re a Kreg Accu-Cut user – or would-be user – who’s been ruing the inability to make cuts longer than four feet, your wait is over. 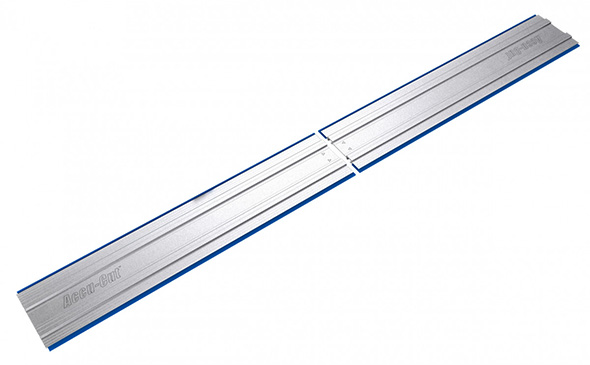 Kreg is now offering an Accu-Cut expansion track that, when connected to your existing track, allows for cuts of up to 100 inches, doubling the length of the existing track with two pairs of small, steel alignment bars, just like the existing pieces. 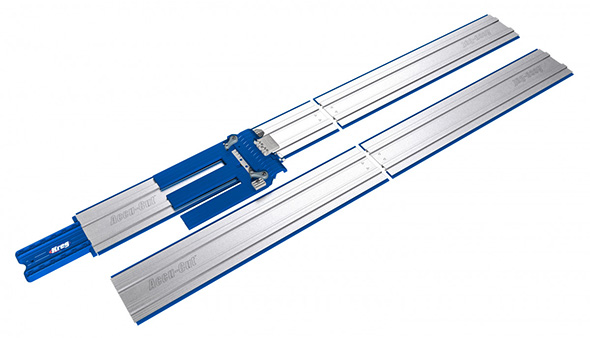 The Accu-Cut Expansion Pack (KMA2750) includes six track connectors, eight anti-chip/anti-slip guide strips and two 26.5-inch aluminum guide tracks. If you don’t already own the original Accu-Cut, you can purchase the Accu-Cut XL kit (KMA3700), and it includes the four guide tracks and a sled to fit your circular saw.

The want for longer cut capacity was one of the more frequent comments when the Accu-Cut first hit the market. In his original post on the Kreg Accu-Cut, David Frane mentioned that very topic:

“If there’s a downside to Kreg’s system, it’s the limited length of the assembled rail, which is too short for ripping 8′ sheet goods. I asked a Kreg representative about this and he said that for now you would need to use their Rip-Cut edge guide (KMA2675).

They considered offering longer rails, but it would complicate shipping and in-store displays. Kreg has put more than two rails together and it worked for them in testing. If it seems like it will work for customers, they may offer rails and joining pieces for separate purchase, but no decision has been made yet.

It would be great if the option existed to make straight accurate cuts by joining three, four, or more rails, because it would make for a more portable setup.”

Personally, I was pretty excited when the Accu-Cut first came out, and so far, it’s done everything I’ve needed it to do without issue. But there have been a few occasions when I wanted to use it for longer cuts on sheets of plywood. Longer cuts admittedly made me a little nervous when I tried to make them on my small portable table saw.

Like many Kreg products, the expansion pack isn’t exactly cheap — this one will set you back $89 before tax — but I’ve yet to be disappointed with any of my Kreg purchases so chances are, I’ll be picking one of these up once the budget allows a little wiggle room.