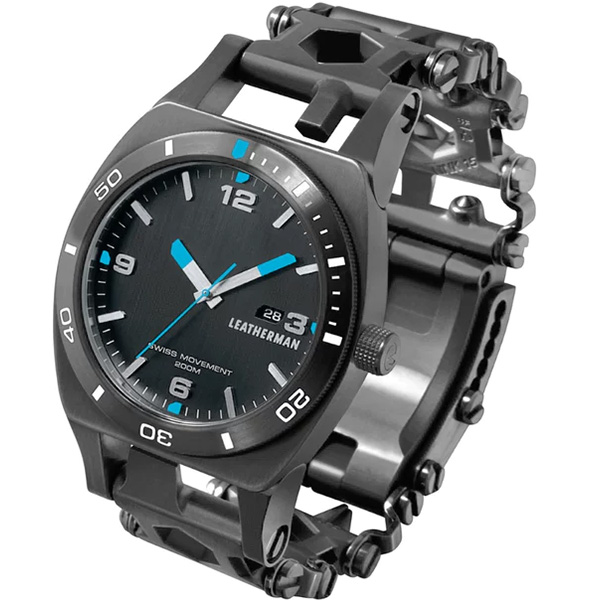 Leatherman came out with their Tread series of multi-tool bracelets a little over 2-1/2 years ago, offering a multi-tool you can wear on your wrist throughout your travels.

At the time, Tread QM1 watches were announced, but they never made it to market.

Leatherman is now introducing the Tread Tempo watches, which appear to have been completely redesigned as far as aesthetics go, and it sits atop a new slimmer multi-tool bracelet, the Tread LT.

The Tread LT is said to be 20% narrower and 10% lighter than the original Tread – a welcome change.

My initial take on the Tread was somewhat positive, but I never found myself actually wanting to test it very much after that. It turned out to be too large and bulky – wider and heavier than my largest metal-banded watch.

With the Tread LT being 20% slimmer and 10% lighter, it just might be less intrusive to wear. The Tread Tempo watch design certainly at least looks more appealing. 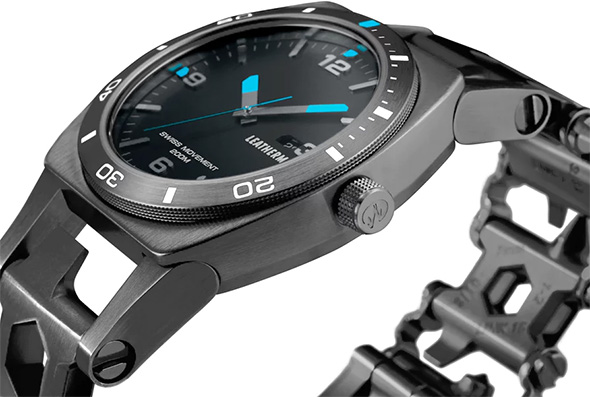 The Leatherman Tread Tempto will be available in black or with a bare stainless steel finish.

The Tread Tempto watch band is said to have 6 links, and another 3 are included in the box. A press release I found says it includes:

Each bit, like on the original Tread, has several functions. 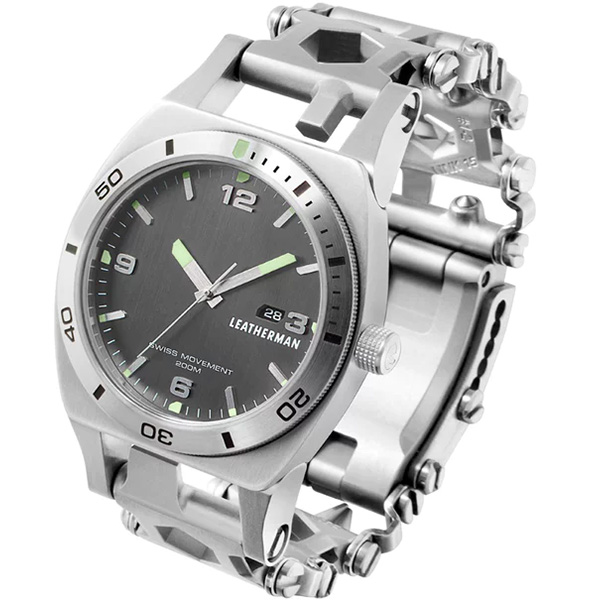 Leatherman says the watch is perfect for the job site, through airport security, or out on the town. 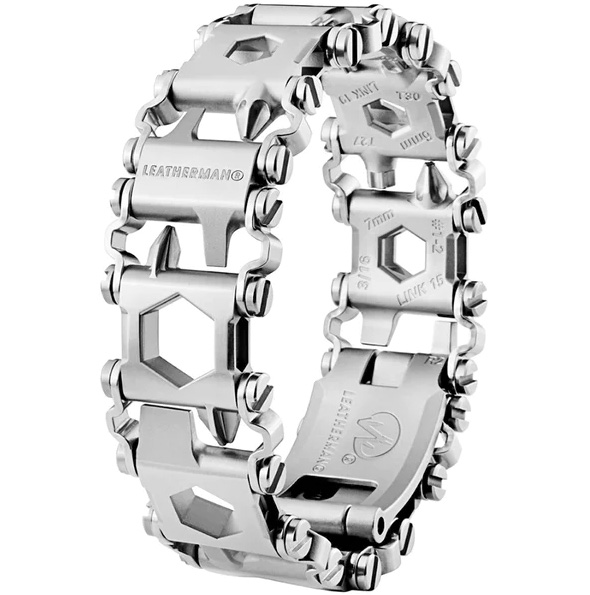 The Tread LT is, as mentioned, smaller and lighter than the original Tread multi-tool bracelets.

Like the Tempo, it’s available in bare stainless steel and black finish versions.

The published tool list doesn’t seem to accurately portray what I can see in product images, but it’s the only info I could find. I haven’t been in touch with Leatherman’s media or press contacts since they had another changeover in 2016, and no one else is answering my emails. 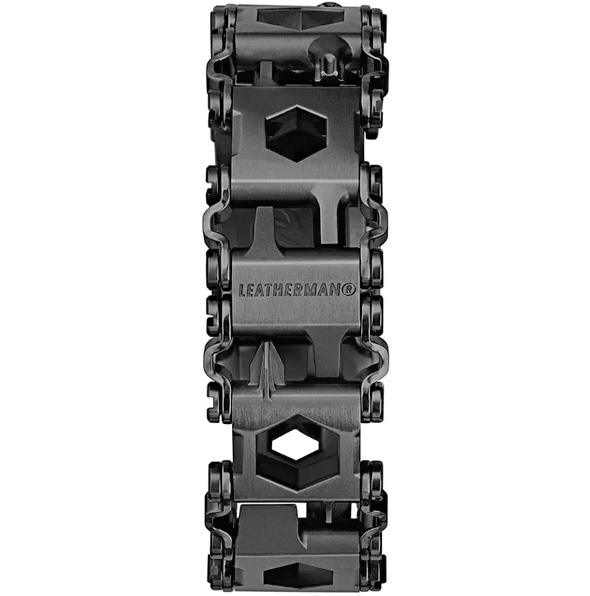 All I could find was a single price point. The original Tread costs more for the black version, but there’s no indication that’s the case here or not.

I found the original Tread to work exactly as intended – you can take it off your wrist and use it on the spot – but it just wasn’t practical enough for me to adopt as an everyday tool, or even as a travel tool.

I argued against critical readers’ claims that it’s just man-jewelry, but I ultimately gravitated towards that same side of the discussion. I found it to be more a conversation piece than handy multi-tool – and that’s okay, but it’s definitely not as practical as I allowed myself to believe.

This new Leatherman Tread LT and Tempo watch definitely look like they’ll be more comfortable to wear, but it’s hard to say.

Forgive me if I sound hesitant. I grew disenchanted with the full-size Tread multi-tool bracelets, and I’m not letting myself get too excited about these new ones.

Amazon reviews of the original Tread seem to be overwhelming positive. I have smaller wrists, and it could be that my review sample was just too large. I tend to have no problem with most watches, but the comically large ones would never work for me. You know, like Diesel’s large watches that can be found in some department stores.