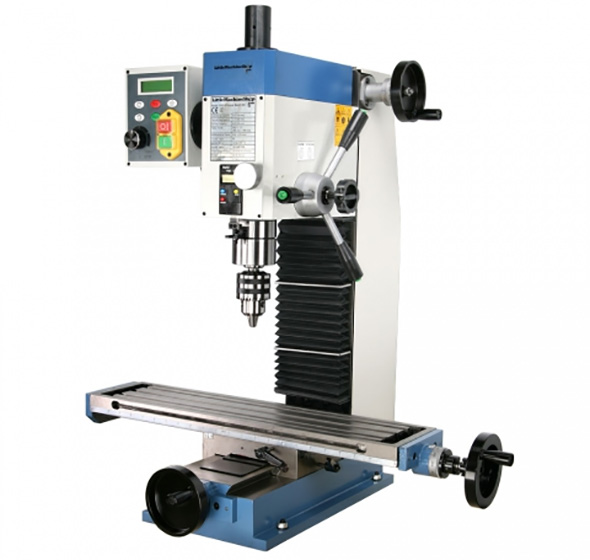 Little Machine Shop recently sent out a notice about upcoming price increases due to the trade war tariff situation.

I thought this might be important to some of you who might have been looking to buy any of their machine tools or equipment during the 2020 holiday season.

If what you want or need and was planning to buy is in stock, consider buying it now.

Here’s what they say:

For over a year, many of our machines were excluded from the 25% additional tariff imposed by President Trump on most goods from China. That exclusion ended in September, and we now pay an additional 25% on those machines, which include mini mills, micro mills, bench lathes, and mini lathes. You know where we’re going with this: price increases.

The affected machines are going up in price by about 15%, effective November 10, 2020. The only good news in this announcement is that you can still get the old prices until then. (Sorry, but we’re not accepting backorders on machines; the old prices apply only to machines we have in stock. That’s because we’re paying the higher cost on everything we receive from now on.)

Note that the “old” price is now shown on each product page as a sale price. So that you’ll know how prices will change, the post-November 10 price is shown as the regular price.

Many of their mills are now sold out, but it looks like all of their lathes are still available.

It is unclear as to whether other stores or suppliers are already affected by the trade war tariffs, or if they too are facing pricier reorders due to no longer being excluded or exempt.

Little Machine Shop’s email and website do not explain why their exclusion ended in September.

I was shopping at MSC, an industrial supplier, for some tools and supplies, including USA-made acid brushes, and saw a familiar notice.

Here’s what it says on the product page:

The price of this product reflects recent increases in trade tariffs. Need help finding an alternative not impacted by a tariff? Give one of our customer care experts a call @ 1-800-645-7270.

How are these tariffs affecting USA-made tool prices??

Some tool and cordless power tool prices also seem to be higher – I have been finding higher pricing on certain tools than when they first launched. But, that could be unrelated.

A couple of readers asked about how the trade war with China and resulting tariffs would affect tool pricing. At the time, none of our industry contacts were able to comment on the matter. Now, it’s still not clear as to what exactly has been affected, except when importers and retailers provide notices.

Last year at around this time, we were also told to prepare for possible price increases on German hand tools, but I haven’t heard much about this since then.

The tool box tariff, which is a countervailing tariff not part of the trade war tariffs, was set to increase the price of steel tool chests and cabinets under a certain size and weight. The way the industry responded, they simply stopped selling smaller tool chests and cabinets from most overseas suppliers. Most of what’s marketed these days are larger and deeper tool boxes that circumvent the tariffs. Try finding a 16″ or 18″ deep tool box these days – consumer-grade or under $500 – and let me know how many you find outside of Craftsman.