ToolGuyd > DealGuyd > Lowes Black Friday 2017 Tool Deals
If you buy something through our links, ToolGuyd might earn an affiliate commission. 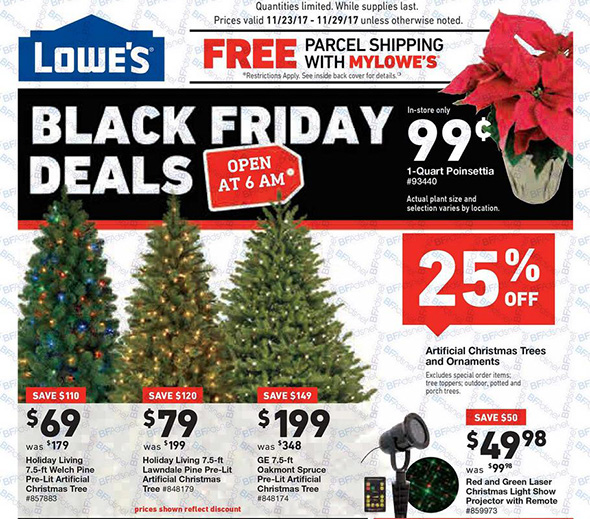 Lowes’ Black Friday 2017 adscan has made it to the web, and as usual, we filtered out the tool deals for easier discussion and reference.

As has happened in the past, Lowes Black Friday deals will go live online on Thanksgiving this year, and you might even be able to catch them a little earlier, such as Wednesday night. Except maybe the doorbusters.

There are some “Special Buys” tool deals already live online. 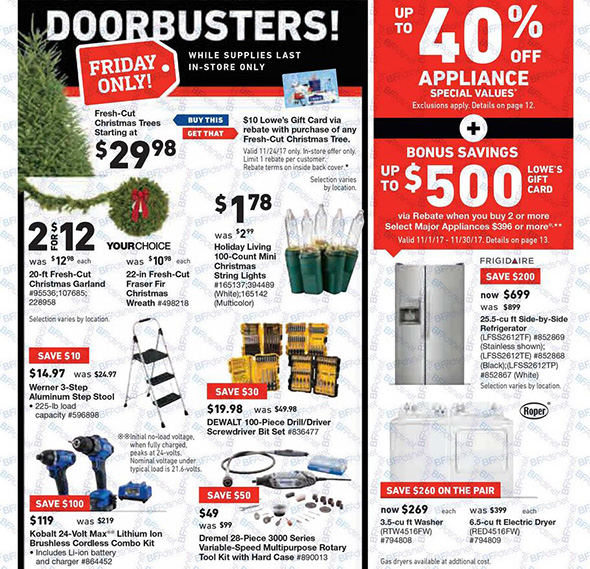 These Black Friday 2017 “Doorbusters” are said to be in-store only, “while supplies last.” 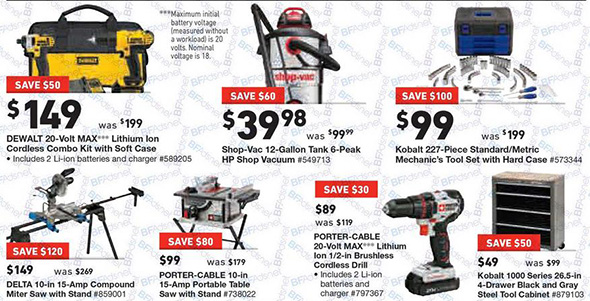 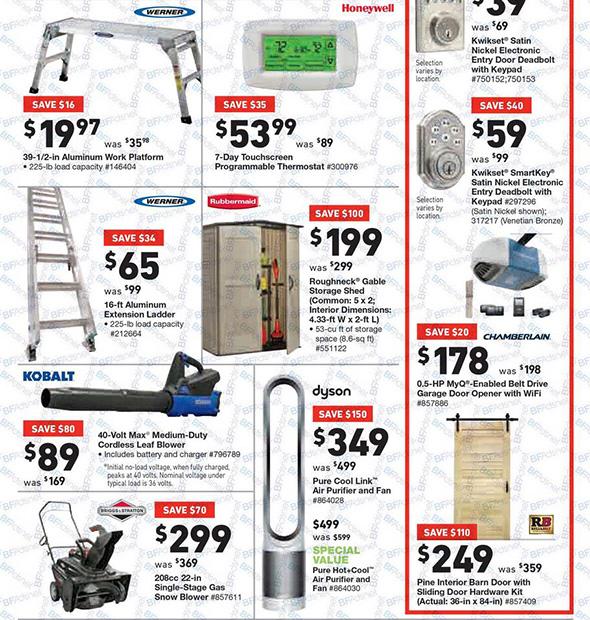 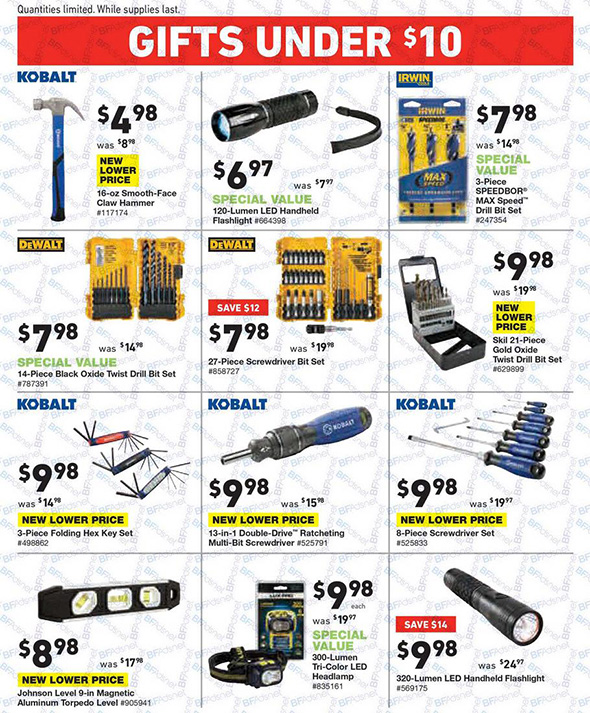 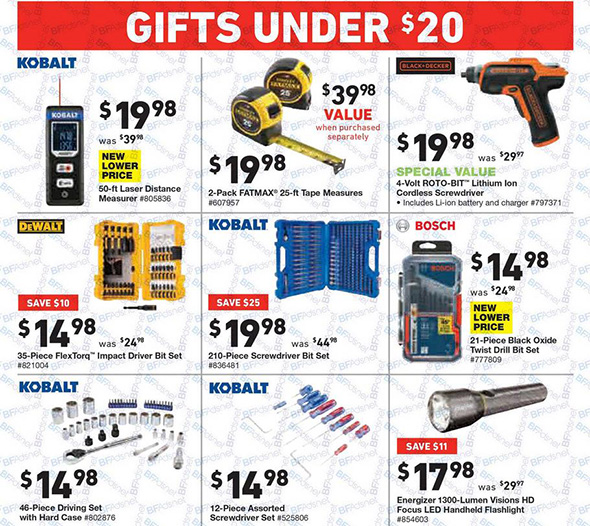 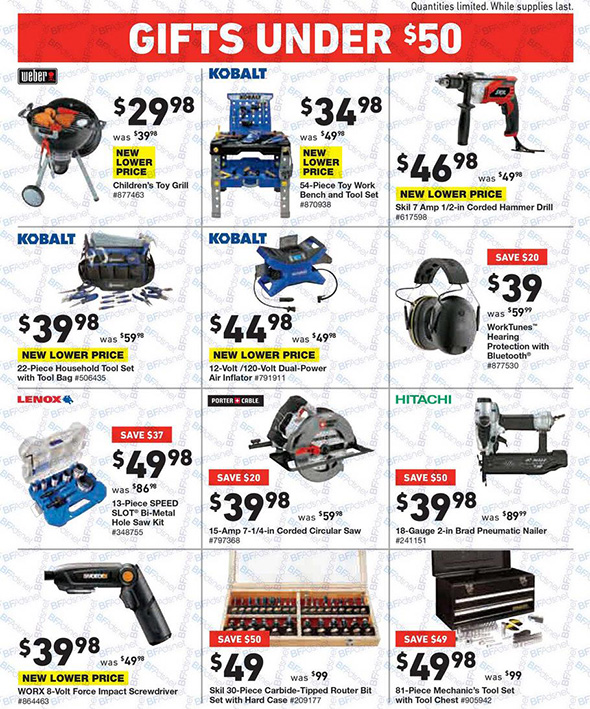 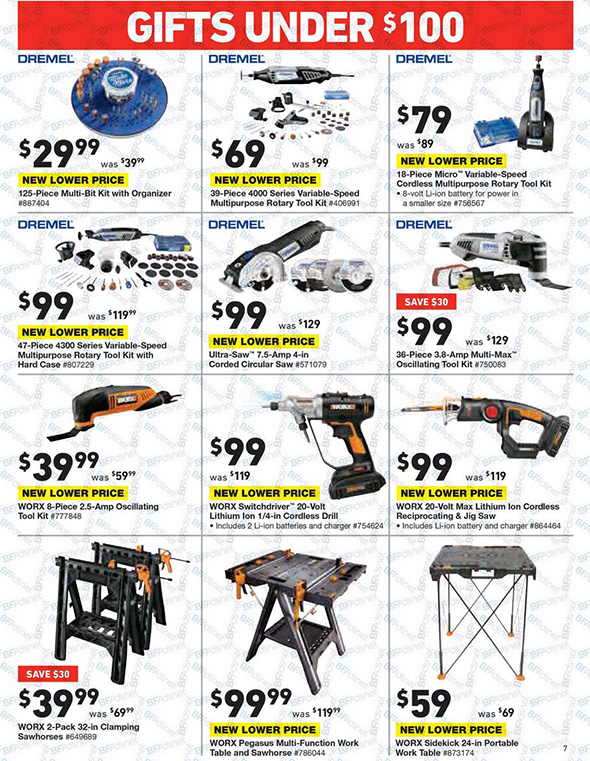 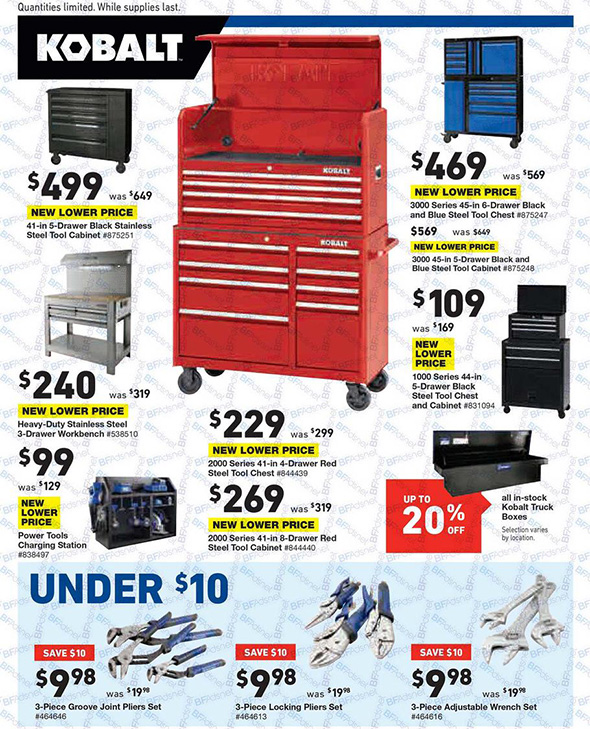 This red combo is said to be built in the USA. 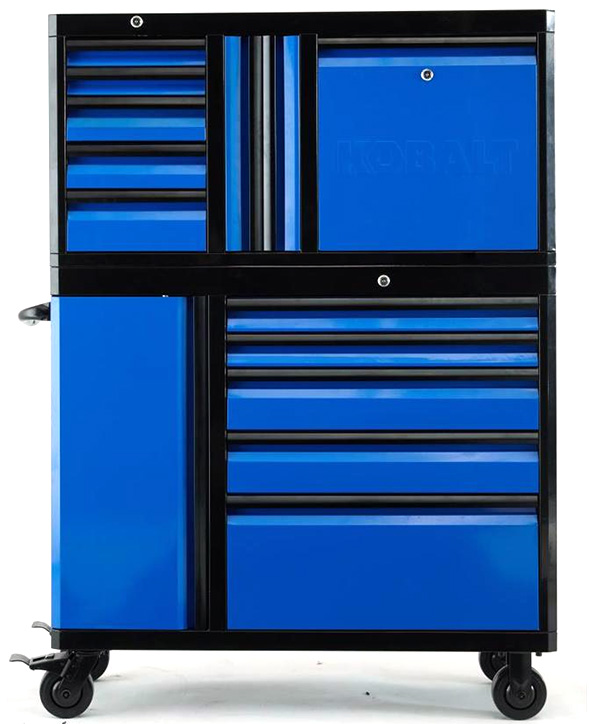 This combo looks… interesting. I don’t know how I feel about it yet. The chest features some very non-traditional tool storage solutions. 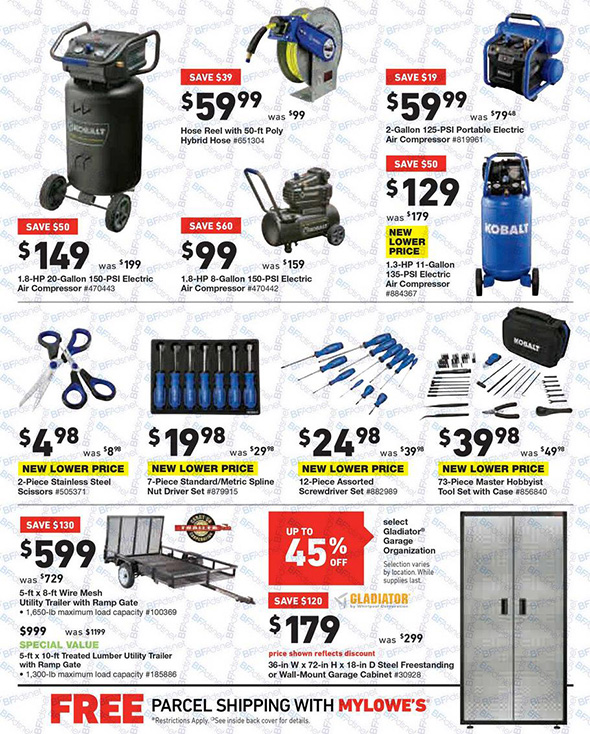 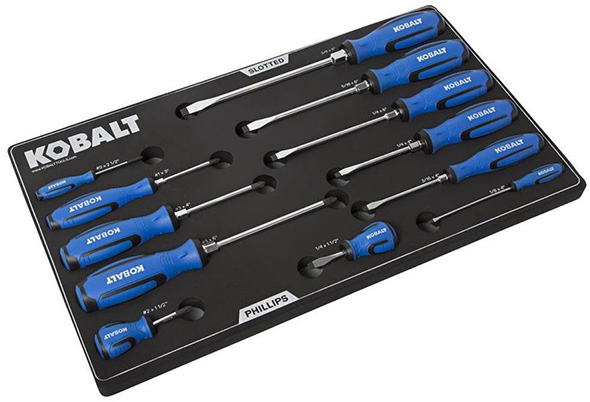 The new Kobalt 12pc screwdriver set will be the focus of a standalone post. In addition to the new style of screwdriver handle, these drivers are packaged in a fitted tool chest-friendly foam tray. 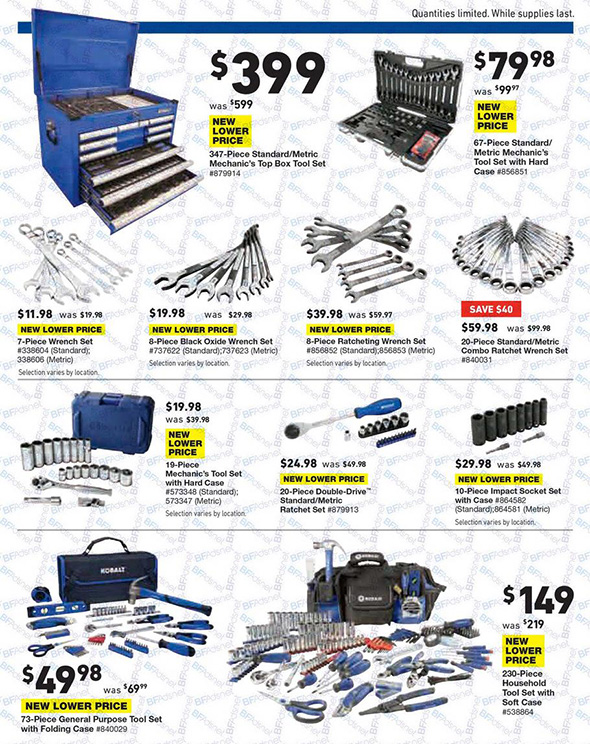 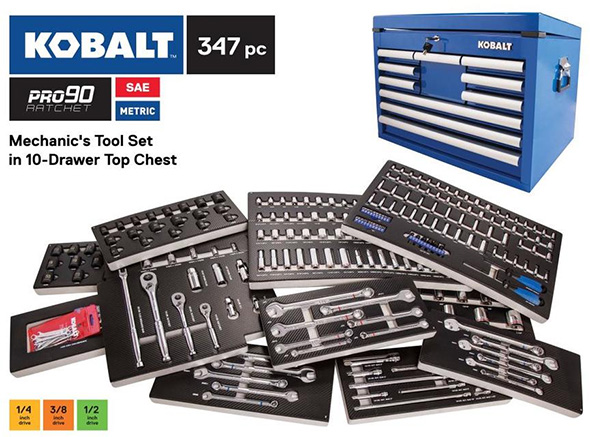 The 347pc mechanics tool set caught my attention. it comes with a whole lot of tools, a 26″ tool chest, and tidy fitted foam trays for all the tools. Plus some of the new Kobalt Pro90 ratchets. It’s a little pricy, at $399, but looks to offer a lot of bang for the buck. 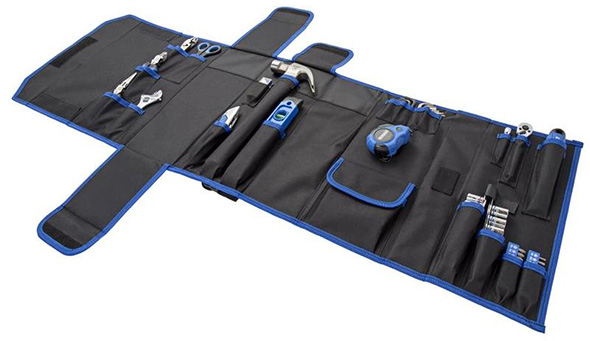 I also spotted the new Kobalt 73pc general purpose tool set the other day, in the Lowes tool deals listing. It’s a convenient-looking “just the basics” tool kit for homeowners, and with a custom place for each of the tools. 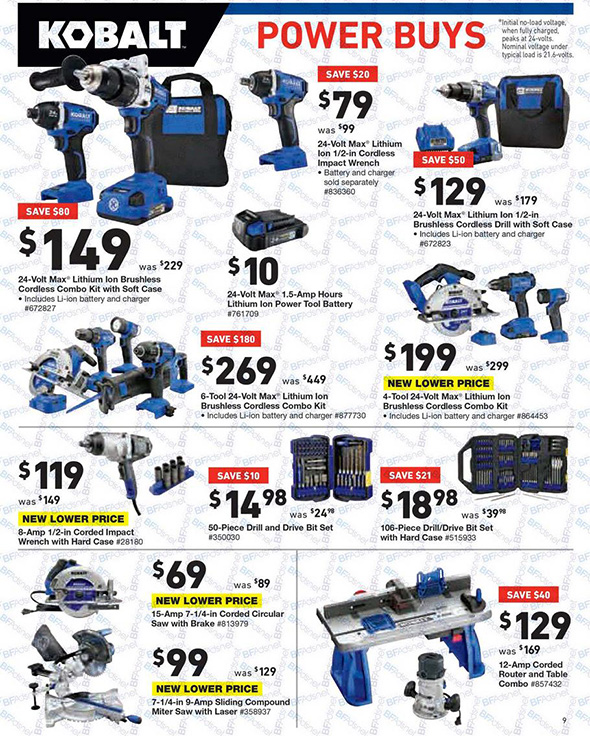 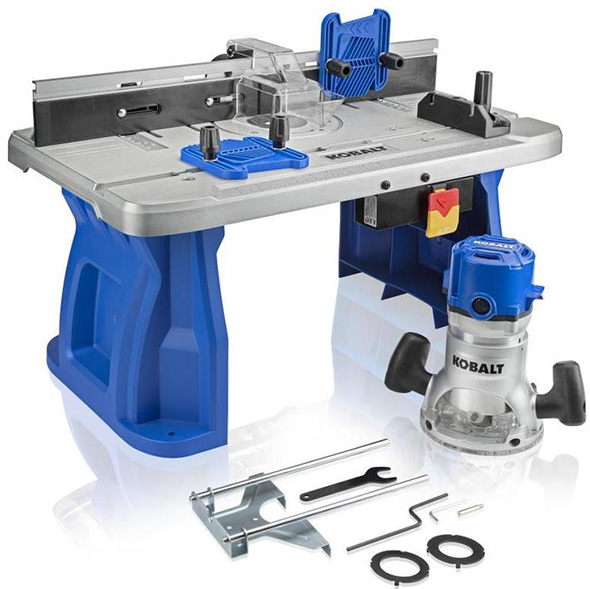 That router and router table bundle looks interesting. My first router table was a standalone $100 Ryobi model that I paired with a good router. I’ve upgraded from that Ryobi, but my router’s still going strong. Still, that combo’s at an attractive price point for new woodworkers on a very tight budget. 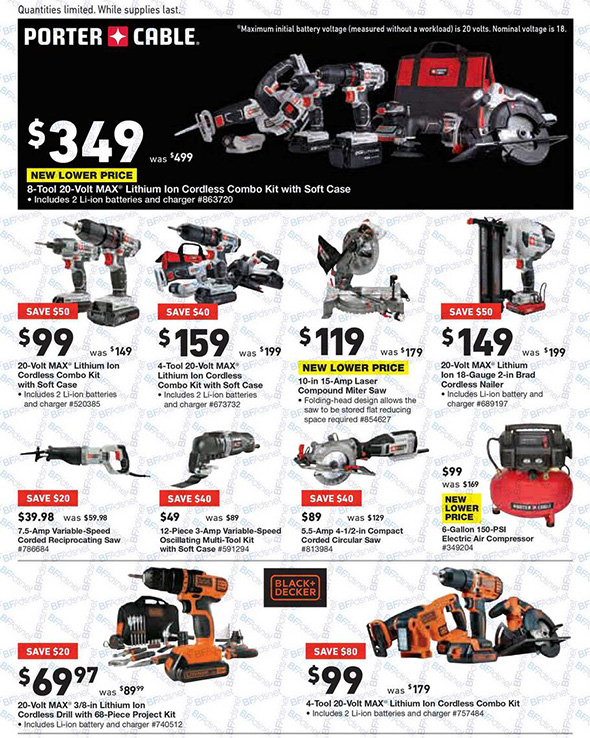 The Porter Cable cordless brad nailer kit especially caught my attention. $149 is around the lowest you could get a good pancake air compressor and starter brad nailer for. 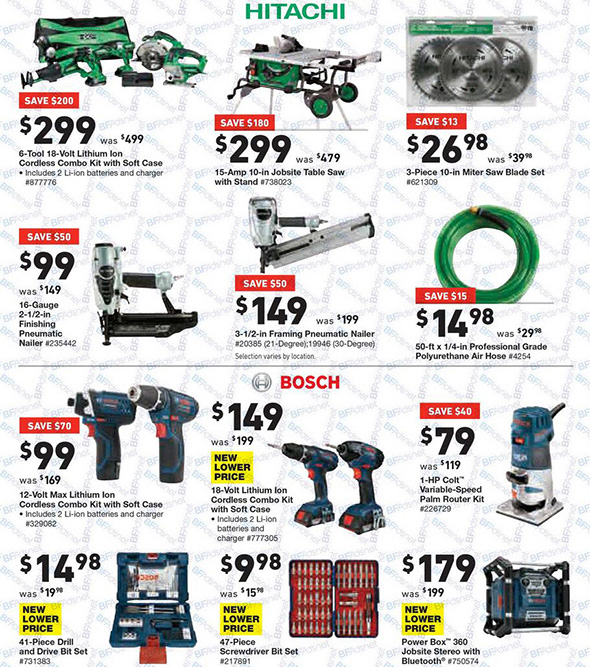 There’s also a version of the hose at Amazon that has quick-release fittings pre-installed.

These are stronger Hitachi and Bosch deals than I expected. Sweet.

The Bosch 18V combo kit is long in the tooth, but has been upgraded with 2.0Ah battery packs. It’s also lower priced than it used to be. I own an older version of this kit, and can definitely recommend it. The drill isn’t as heavy duty as I’ve needed, but I remain attached to it and the impact driver.

I don’t think you’ll find a better 18V-class “meant to be sold all year as a regular item” combo kit at this price point. 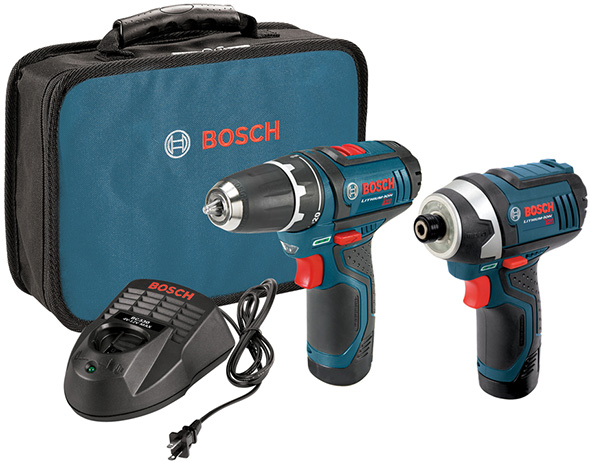 That Bosch 12V Max drill and impact driver combo kit looks to be a good buy. There will also be a Milwaukee combo on sale at Home Depot this year. I like both brands, and both brands’ 12V-class tools, but Milwaukee offers far better expandability. Just sayin’. 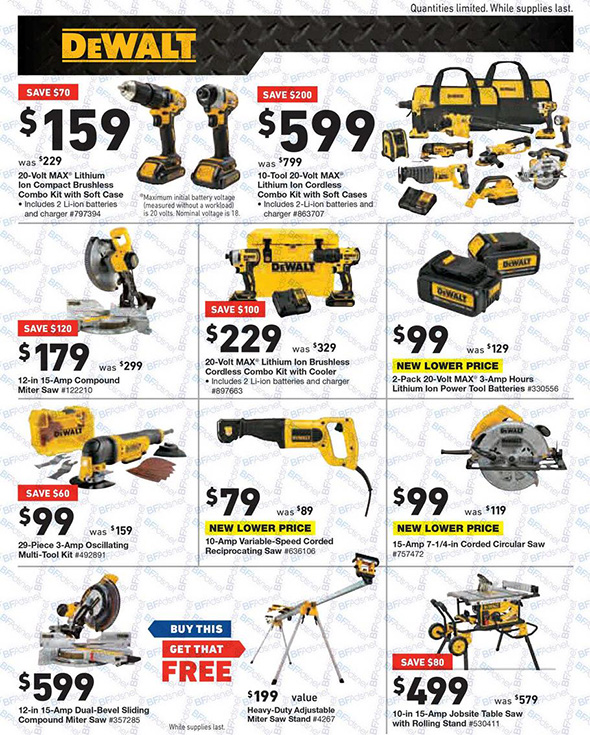 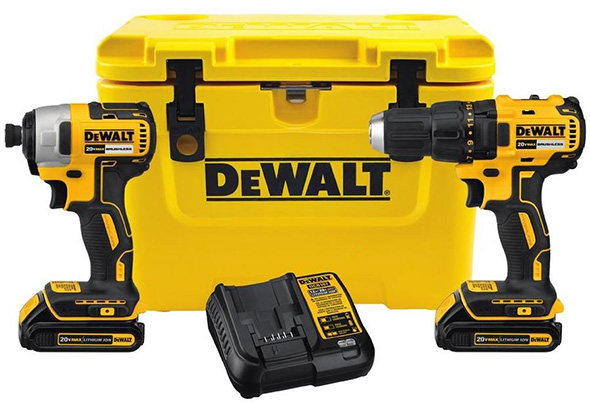 The Dewalt brushless drill and impact driver combo kit is made only slightly more appealing with the cooler. BUT these are their entry-level tools. And you’re not getting that cooler for free – you’re paying for it, albeit a discounted amount. 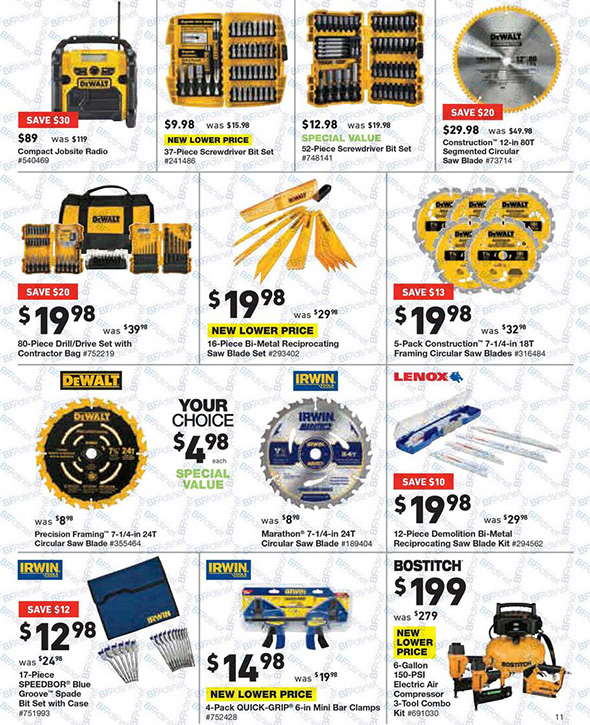 Those Irwin Quick-Grip clamps are “just okay.” I’ve got 8 of them, and purchased them in similar 4-packs, when they popped up at $20 a pack. $15 is a good price for some entry-level but still quite useful trigger bar clamps. 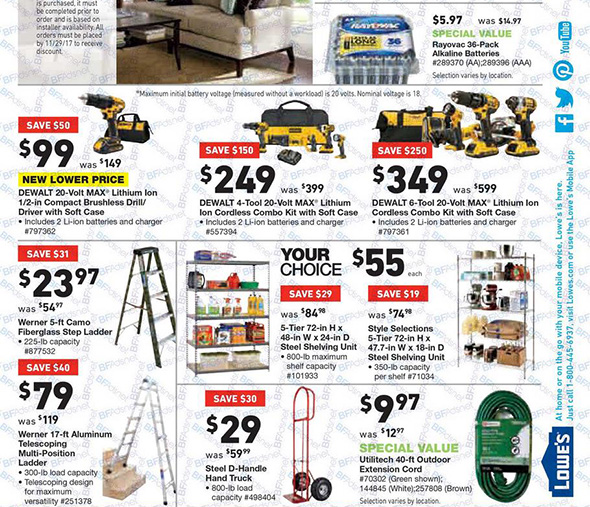 I love stocking up on alkaline batteries this time of year. $6 for 36 AA or AAA is a great price. I still have a few sets from last year, when I bought 60-count AA and AAA packs for $20. 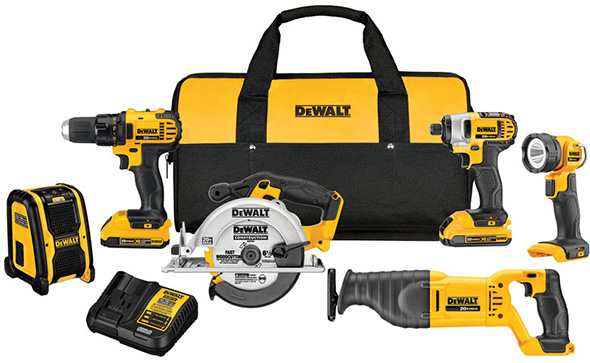 The Dewalt 20V Max 4-tool and 6-tool cordless power tool combo kits, also available at Amazon (and will presumably be at the same Black Friday pricing), look to be new for the 2017 holiday season. That means that the “was” pricing can never be fully trusted, in my opinion.

While such combo kits can be good buys, keep in mind that they often have the “entry-level” version of certain tools, in this case being the circular saw and reciprocating saw. With this kit, model DCK620D2, you get (2) compact 2.0Ah battery packs.

It’s good to see the kit come with 2.0Ah battery packs instead of 1.5Ah packs, or worse – 1.3Ah. But if you’re using the kit a lot, you’re going to find yourself wishing for a higher capacity battery pack.

Reminder: There are some other “Special Buys.” If they’re not mentioned here, chances are that they’re at the price they’re going to be. Some of the tool deals from the Black Friday 2017 sales flyer are also already at their sale price, at the same link.

Do any of these Lowes Black Friday 2017 deals and special buys strike your fancy?