We scouted out all of the power tool accessory deals at Lowes for the 2015 Black Friday and Holiday shopping season.

Personally, I think that the Dewalt 100pc drilling and driving set, and the Bosch reciprocating blade set, might be headed to my shopping list. 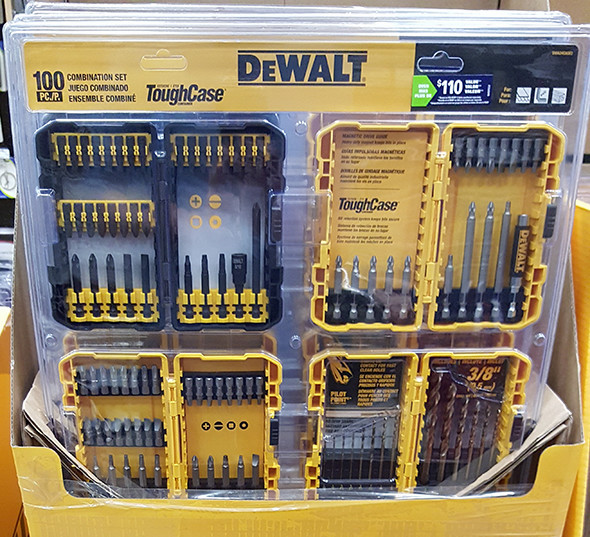 You get a little of everything, although I wish it came with more nutdriver bits. 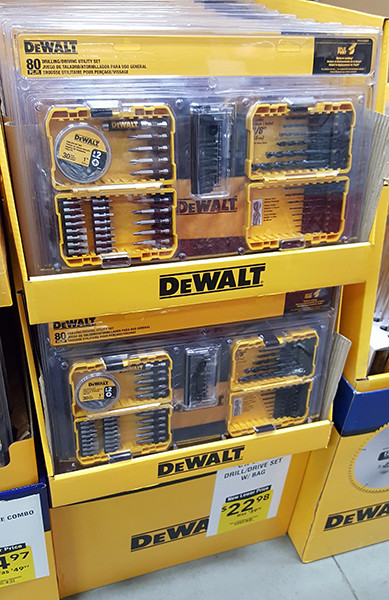 At a slightly lower price, $23, this 80pc set comes with a a general purpose drill bit set and a screwdriver bit assortment. It also comes with 30 1″ Phillips #2 screwdriver bits. There’s not a lot of variety here, but maybe that’s what you want.

This set will be on sale ahead of Black Friday – check out our Lowes Black Friday 2015 and Holiday coverage here – for $20. 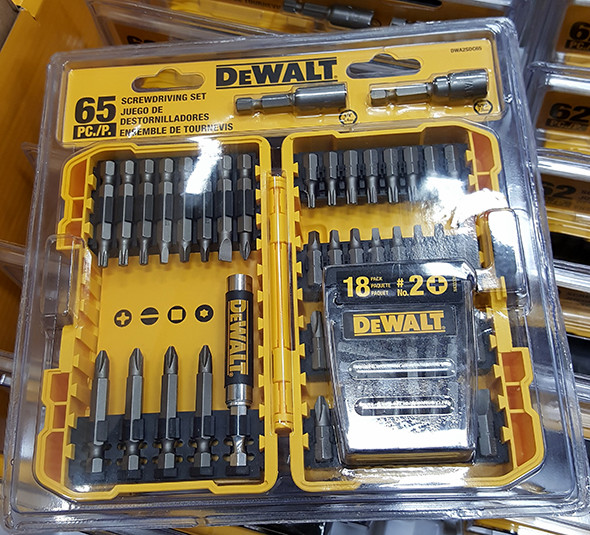 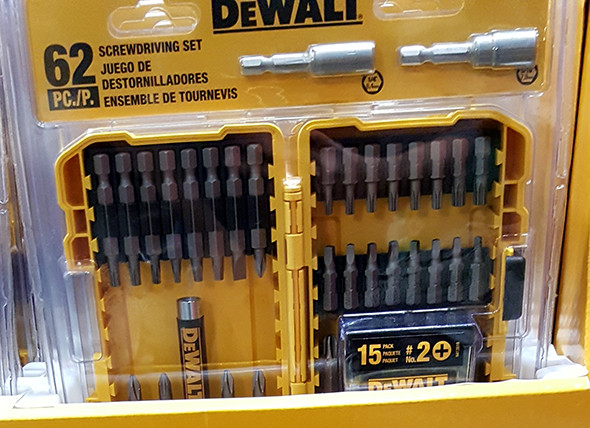 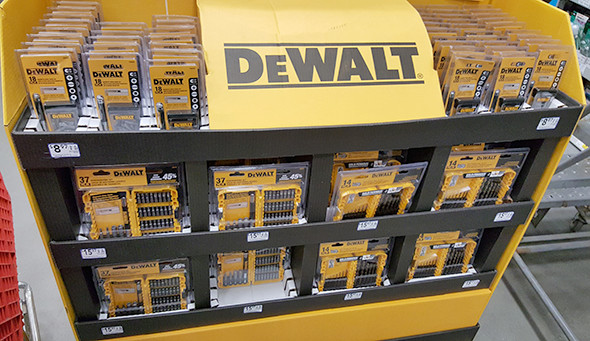 There was a display with smaller bit sets and assortments as well. 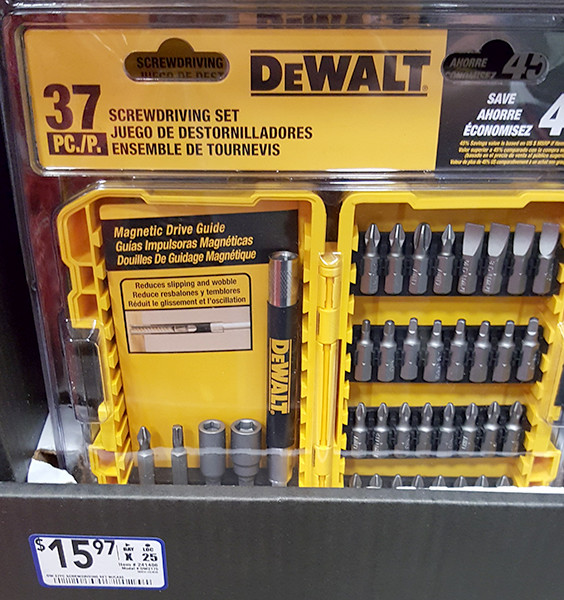 This 37pc Dewalt screwdriver bit assortment was initially listed at $16, but the web price reflects that it has dropped down to $10. 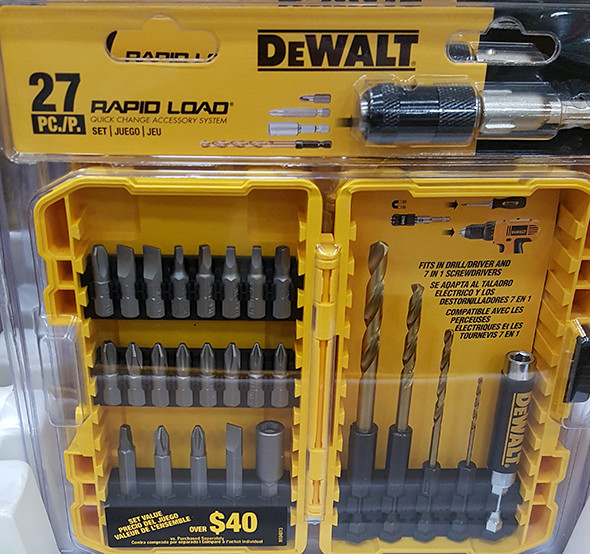 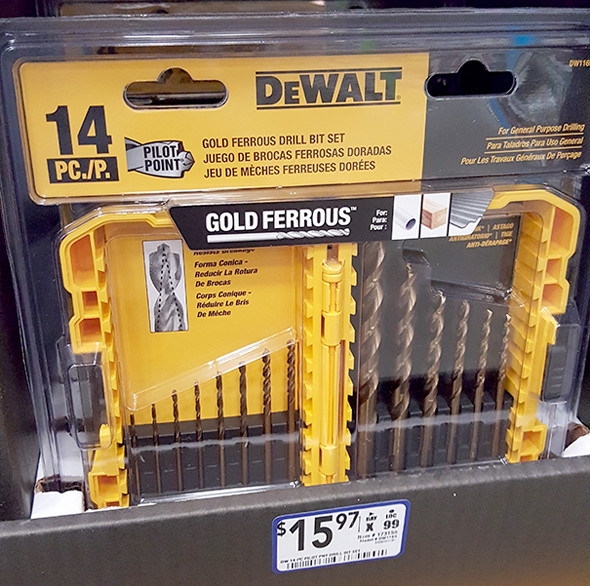 There was a 14pc Dewalt Pilot Point screwdriver bit set with an initial $16 sticker price, and it has since been discounted to $10. 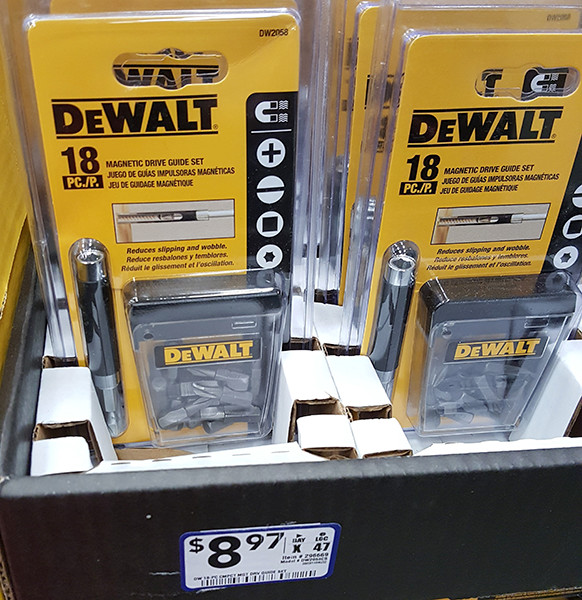 This “Tic-Tac-style” box of bits, plus a bit holder, was $9, and is probably cheaper now. 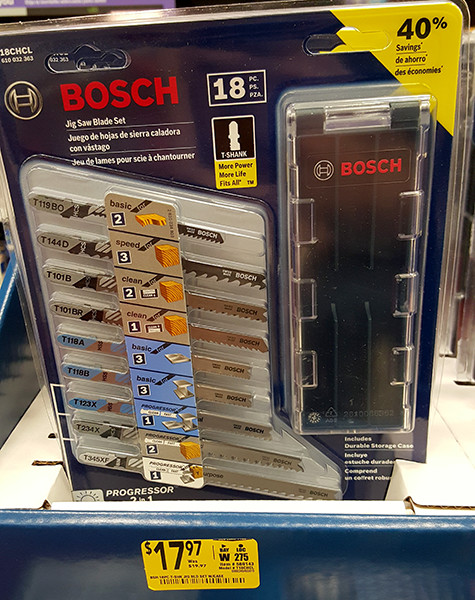 This 18pc set of Bosch jig saw blades has a little of everything, and comes with a handy hard shell storage box. They fit jig saws that have a standard t-shank blade interface.

If you want a different assortment, there are a couple of other mixed purpose and woodworking-focused assortment options over at Amazon. 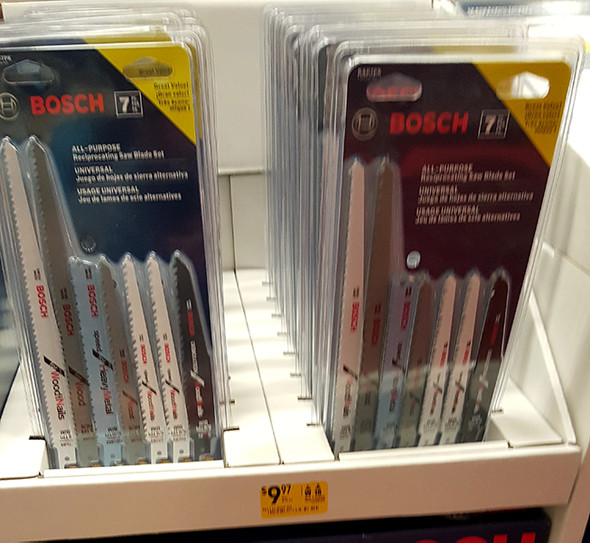 You can find the same set on Amazon for $23, but it looks like resellers snatched up this same deal from Home Depot or Lowes last year and jacked up the price. This is still a great deal, but don’t use Amazon’s price for comparison. 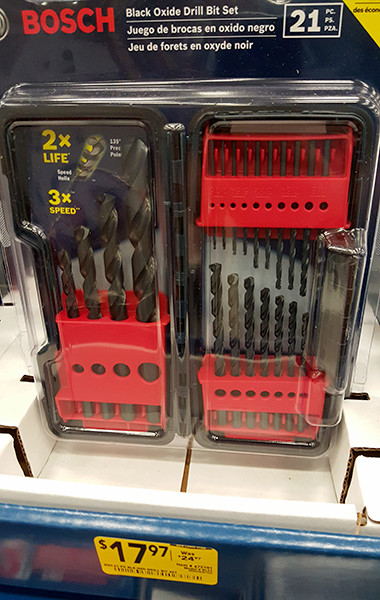 I’ve only used some Bosch drill bits, but they seem to be holding up.

If I didn’t already have way more drill bits than I need, I would pick up this Bosch 21pc black oxide drill bit set at its $18 price.

Hmm, I do like how compact this case is – maybe I’ll buy this set for portable drilling needs. My current drill indexes aren’t exactly small and portable. 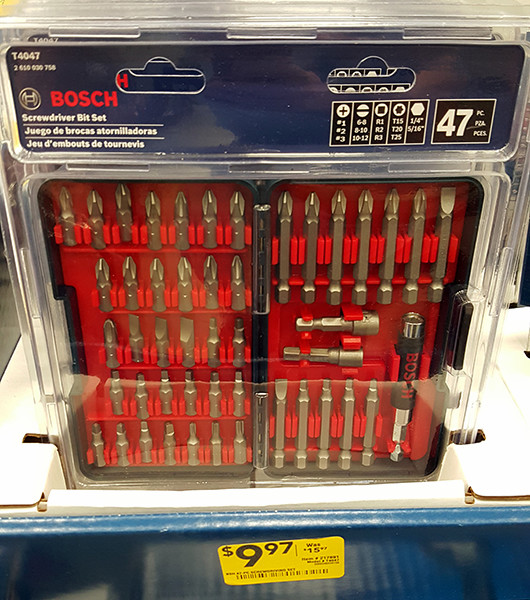 This 47pc Bosch screwdriver bit set comes with a Phillips, slotted, Robertson (square), and Torx (star) bits, as well as 2 nutdrivers and a bit holder.

I like that they show you exactly what you get at the top of the packaging. 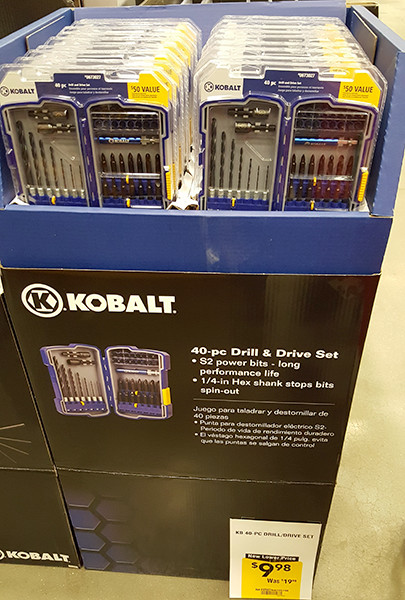 This Kobalt 40pc drill and drive set comes with hex-shanked drill bits, and an assortment of screwdriver bits. They’re black, but there’s no indication that they’re impact-rated so assume that they’re not. 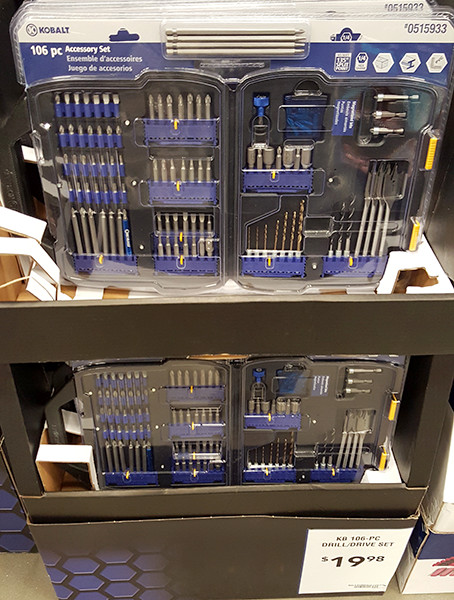 Nearby there’s a 106pc drilling and driving set with a little bit of everything too – short screwdriver bits, long bits, very long bits, nut drivers, general purpose hex-shank drill bits, what looks to be a couple of brad point drill bits, and spade bits. 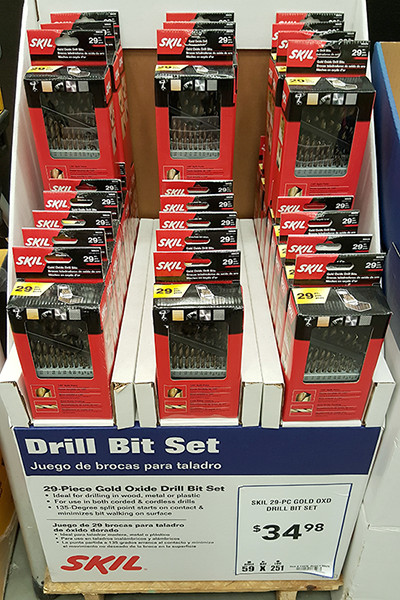