ToolGuyd > Editorial > Lowe’s to close all 99 Orchard Supply Hardware locations
If you buy something through our links, ToolGuyd might earn an affiliate commission. 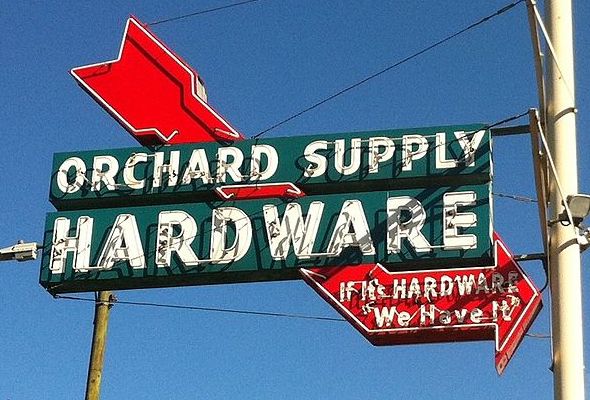 During a recent quarterly earnings call, Lowe’s announced that all 99 Orchard Supply Hardware Stores will close by early February.

The announcement comes five years after Lowe’s purchased the retailer out of bankruptcy for $205 million. The purchase allowed Lowe’s to establish a greater footprint on the West Coast, which was valued territory for the North Carolina-based home improvement and hardware chain.

But Orchard Supply wasn’t earning enough for the company. The stores’ smaller sizes and limited offerings didn’t fit in with Lowe’s model, and while Orchard Supply generated $600 million in sales last year, that figure represented less than one percent of Lowe’s overall sales of $68.6 billion.

“It became clear to me we wanted to be focused on our core retail business,” CEO Marvin Ellison said during the call.

Closing Orchard Supply is one of the first major moves under Ellison, who took over six weeks ago with a mission to close the gap between Lowe’s and industry leader Home Depot. His overhaul began by eliminating a number of the company’s top executive positions — including the chief operating officer, chief customer officer, corporate administration executive and chief development officer — and will continue with a deeper evaluation into the company’s existing product lines, with an eye on eliminating lower-performing items.

Founded as a farmer’s cooperative in Oakland in 1931, the chain was purchased in 1996 by Sears, which spun it off as a publicly-traded stand-alone company in 2011. Orchard filed for bankruptcy protection two years later, and Lowe’s purchased it for $205 million.

During that time, Lowe’s tried to expand the Orchard Supply brand. Its first Florida locations opened two years ago and a new store was opened in East Hollywood last year. More than 40 of Orchard’s locations are in the San Francisco/Oakland/San Jose Area with others located throughout California, Oregon and Florida.

The store’s 4,000 employees learned of the news last Tuesday, according to the San Jose Mercury News.

“While it was a necessary business decision to exit Orchard Supply Hardware, decisions that impact our people are never easy. We will be providing outplacement services for impacted associates, and they will be given priority status if they choose to apply for other Lowe’s positions,” Ellison, said in a statement.

Liquidation sales are expected to begin soon at all of Orchard’s locations.