ToolGuyd > Power Tools > Cordless > Whoa, Makita is Refreshing their 12V Max Cordless Power Tool Line!
If you buy something through our links, ToolGuyd might earn an affiliate commission. 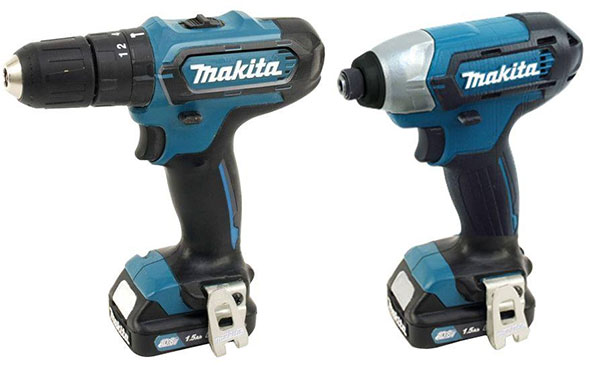 We have learned that Makita will soon be refreshing their 12V Max compact cordless power tool platform with brand new offerings. Not only will there be new tools, but there will be a new battery pack form factor.

Makita has been steadily adding to their 12V Max lineup, such as with a recent tile and glass cutting saw, and I just spotted and interesting new 12V Max LED lantern/flashlight combo device. But nothing new has happened with their core drill/impact/fastening tool selection – until now.

Right now only limited information is available, but I’ve been sitting on the story long enough. Here are the juicy tidbits that we know so far:

The BL1041B battery pack weighs more than the other two, indicating it is probably a higher capacity battery pack. 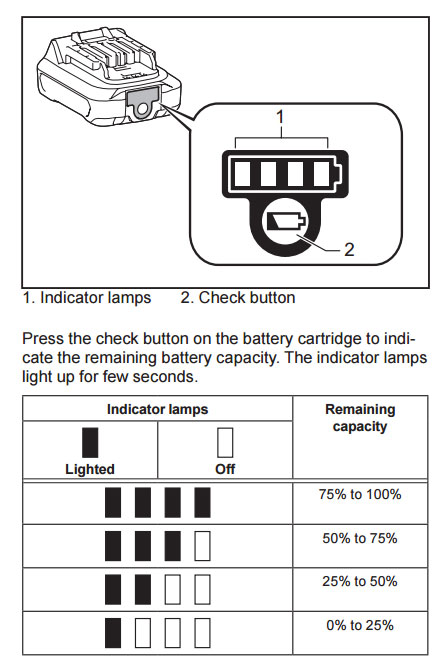 And batteries with B at the end of the model number have a fuel gauge!

This is important enough to emphasize: some Makita 12V Max Li-ion batteries will have a built-in fuel gauge! It’s about time, and could we please see this feature come to Makita’s 18V battery packs too?!

I have seen conflicting specs for the new Makita 12V Max CXT tools, but these are the ones I believe are accurate:

The new drill/driver and impact driver are said to have ergonomically designed handles with rubberized soft grips for increased comfort, and also built-in LED worklight. They also feature a 12-volt slide battery design that enables the tools to stand upright for user convenience.

There’s no word as to whether Makita will continue to sell and support both battery pack sizes simultaneously, but we believe they will, at least for the foreseeable future.

I also saw a $99 price tag tied to this combo, and it seems plausible and unlikely at the same time. The new drill/driver and impact driver discussed here won’t trump competing models, but a lower price point will definitely make them more appealing.

A pro-grade drill and impact combo for $99? Even users absolutely repulsed by the idea of compact 12V Max tools might be swayed into giving the new Makita combo a closer look.

There’s a HUGE category of tools that Makita requested that the CXT branding be applied to – here’s the trademark application so you can see for yourself. Right now it looks like the CXT branding refers to the 12V Max lineup, and that the trademark app simply lists every power tool category that Makita could think of. Scroll saws? Slide compound saws? You’re not going to find these or a lot of the tools powered by 12V battery packs anytime soon.

The idea of a new Makita 12V Max slide pack form factor is very exciting, as it could indicate a roadmap of new tools and innovations, especially if there will be both compact and high capacity battery packs.

Oh, and a battery fuel gauge on select 12V Max CXT battery packs? YES!! And if Makita is building 12V Max batteries with fuel gauges, maybe it’s only a short matter of time before we see fuel gauges on their 18V battery packs.

Please keep in mind that some of these specs are still unconfirmed.

You can probably tell that I’m excited by this news. Are you? What kind of tools would you want to see Makita bring to their new 12V Max power tool platform?

I’d like to see brushless everything and anything – drills, impact drivers, circular saws – the works. Maybe Makita could mirror some of the convenient and unique tools that are currently only available in Milwaukee’s M12 lineup. I think that, given Makita’s presence in the masonry tool market, a compact rotary hammer would be a great idea.