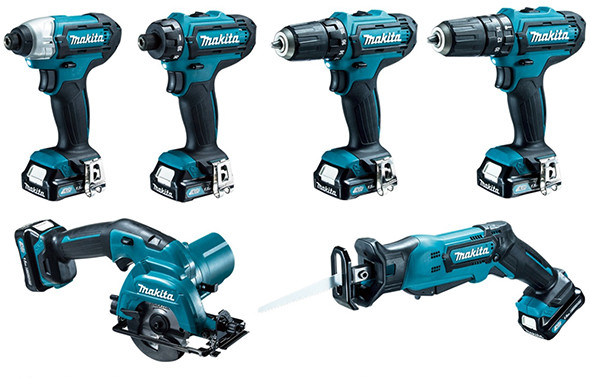 Thanks to a comment from Dominic van Lievenoogen in our recent post about Makita’s 12V Max CXT drill and impact driver combo, we now know that the new Makita 12V Max CXT cordless power tool platform will launch with more tools than we previously knew about.

Given the designs of these tools, I think it’s clear that Makita plans to replace their current 12V Max lineup with this new one. If so, there will likely be a transitional period.

These model numbers are the tool’s international designations; their USA launch is unknown except for the drill and impact. 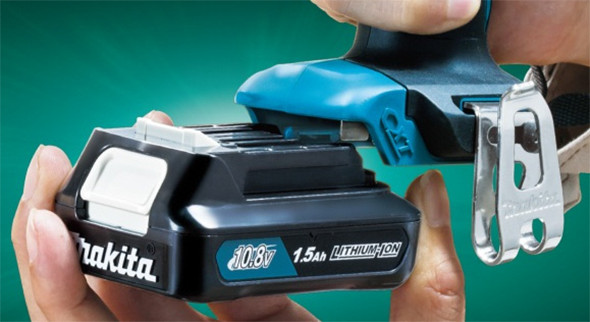 As previously mentioned in our initial post and when a new CXT combo appeared on Amazon, Makita designed the 12V Max CXT platform around a new sliding battery pack design.

This means that Makita 12V Max CXT tools will look and feel more like the brand’s 18V cordless power tools.

According to a translated Japanese press release, since Maktia USA has yet to deliver on their promise of more information, the Makita 12V CXT tools will offer “improved high-capacity, ease of use, and durability” compared to their prior generation of 12V Max cordless power tools which are designed around a “plug-in” battery form factor.

According to the same Japanese release, the sliding battery allows for engineers to adjust the placement of the battery. This means slenderer handles which are easier to grip.

Additionally, as with Makita’s 18V batteries and chargers, the new 12V Max CXT battery design will allow for rapid charging thanks to the charger’s built-in cooling fan. Charging time will be 22 minutes for a 1.5Ah, which is a lot quicker than the 50-60 minutes their current/last generation 12V Max batteries took to recharge.

Maybe something was lost in the translation, but it seems that Makita is really dumping on their previous generation of 12V Max tools. Things like “rattling and poor contact of the [plug-in] battery” elevates the design of the new CXT tools, but at the expense of the old ones.

The 22 minute charging time is for Makita’s 12V Max CXT 1.5Ah battery (BL1015) and DC10SA charger. There will also be a slower charger, DC10WC. With the slow charger, a 1.5Ah battery pack willt ake 50 minutes to fully recharge.

Following specs are subject to change. All of the listed specs are for the international models, which might change slightly for USA models. 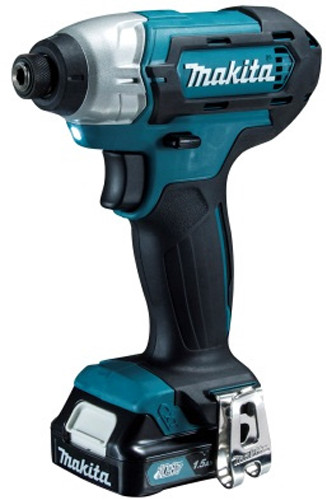 The new Makita CXT impact driver is reasonably powerful, and fairly compact. Although it lacks the power and electronic speed control of the category-leading Milwaukee M12 Fuel impact driver that we reviewed, it should be a nice sidekick for light to medium duty fastening tasks.

If you need more than 1,000 in-lbs of fastening-driving torque, you’re usually better off stepping up to an 18V model anyway.

For casual use, this looks like it could be a solid budget-friendly offering. 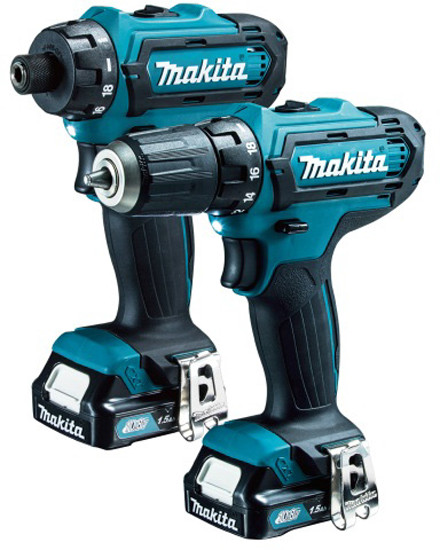 Makita is coming out with two 12V Max CXT “driver drills,” which we’ll simply describe as a drill and screwdriver.

As with the impact driver, there’s nothing seemingly spectacular about the new cordless drill, but it does have an appealingly slender handle grip.

While Bosch and Milwaukee’s 12V Max and M12 drills and drivers feature the same “plug-in” style battery form factor as Makita’s previous generation of 12V Max tools, their ergonomics are still quite good. I don’t even mind the slightly extra girth of Milwaukee’s latest generation of M12 and M12 Fuel pistol-grip tools – not at all – as they are quite nicely ergonomically shaped.

Still, the slender grip of Dewalt’s 12V Max drill, which I reviewed long ago, fits a little more naturally in my hand. I would expect nothing less of the new Makita CXT drill/driver.

There doesn’t seem to be much difference between the new CXT drill and screwdriver, aside from the chuck type. On the drill you get a standard drill chuck, and on the screwdriver you get a quick release 1/4″ hex chuck.

If I were the type that liked to use hex-shank drill bits, I might share in how Makita calls this a “drill driver” instead of a screwdriver. Just keep in mind that, even though I like calling these types of tools screwdrivers, they’re designed to handle drilling applications just as well. 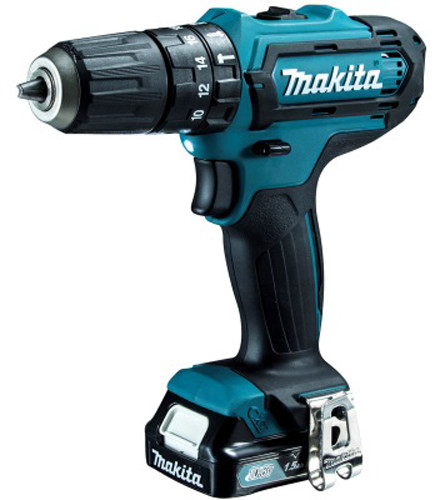 The new Makita 12V Max CXT hammer drill is very similar to the drill/driver and screwdriver, but with the addition of a vibratory hammer mode for masonry drilling applications. 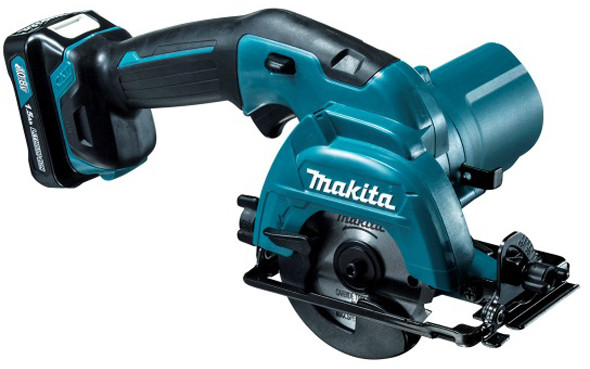 Ah, a Makita CXT trim saw! This goes a long way to convince me that the 12V Max CXT lineup is meant to replace the previous 12V max power tool lineup.

It’s frustrating that Makita chose to carry over the 3-3/8″ blade size, the same as their 12V Max version, but blades of this size aren’t too difficult to find.

There’s still room for Makita to come out with larger 12V Max CXT circular saws, especially if they plan to join Milwaukee and Bosch in the brushless tool arena. So far Dewalt has been another holdout.

Since this is only the launch of Makita’s new CXT cordless power tool lineup, there’s no basis to predict or guess as to what might be on their long-term roadmap.

As with all of the other new Makita CXT tools, the new 12V Max CXT reciprocating saw bears a strong resemblance to the previous 12V Max recip saw, which came out in 2012.

Or you can simply use the trigger or paddle switch as your comfort or application requires.

There will likely be a transitional period during which Makita releases additional CXT tools. Looking through our Makita 12V Max tool news category, the brand released very few 12V Max tools in recent years, and so it might not take long before there’s a CXT tool for every existing plug-in-style 12V Max offering.

Makita’s 12V Max lineup has grown long in the tooth, but there were some neat tools, such as their new LED flashlight/area lantern. For the most part, Makita’s drills, drivers, and saws had been outshined compared to what the competition brought out in recent years.

I am very enthusiastic about Makita’s 12V Max CXT offerings, and optimistic as well.

We’re still waiting on official information and tool specs from Makita USA, but I don’t see any reason why this full CXT lineup wouldn’t be released here. Let’s hope that they are, and that they prove to be strong competition against current Milwaukee, Bosch, and Dewalt (is Dewalt even interested in the 12V-class market anymore?) offerings.