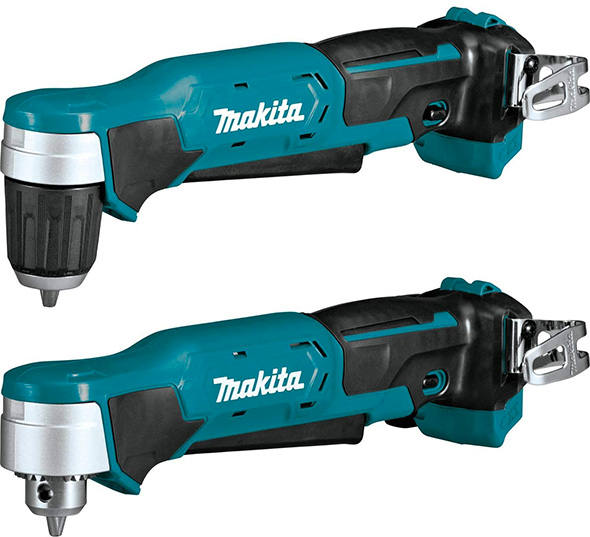 One model, AD04Z, features a 3/8″ keyless chuck, while the other, AD03Z, has a 3/8″ keyed chuck. Makita says that the keyed chuck provides improved bit gripping power, but it also looks to offer a shorter height, for fitting into even tighter spaces. 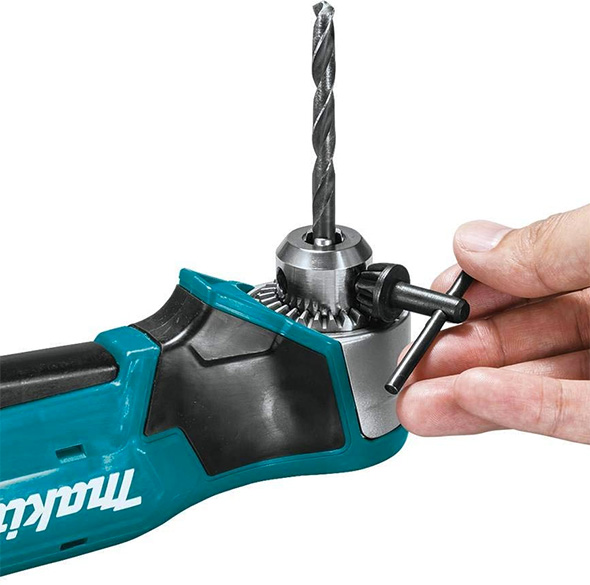 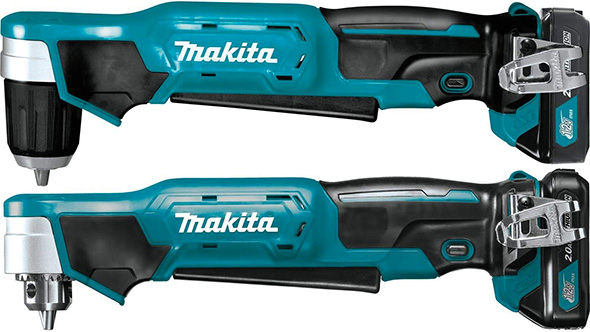 Both drills look extremely compact, with the keyed chuck version being quite possibly as slim as a right angle drill can get. 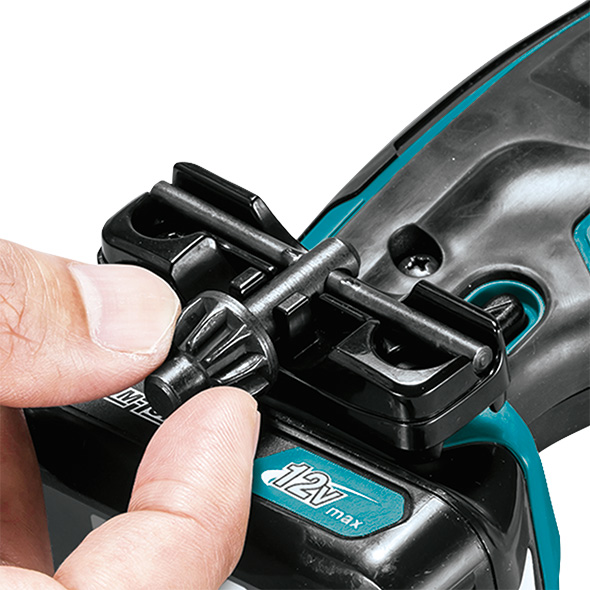 Don’t worry about the chuck key – there’s a place to store it near the battery.

Makita came out with a 12V Max right angle drill nearly 5 years ago, and these new ones look to be better in every way. The new drills are more powerful, have faster speeds, larger triggers, and Makita managed to shave 3/16″ off the height of the keyless drill’s head.

Right angle drills typically have some compromises. For instance, there doesn’t look to be an adjustable clutch.

I’d say that Makita has done a good job coming out with right angle drills for users that need to work in spaces too tight for a traditional drill or driver. Unless there are glaring issues with their performance – which doesn’t seem at all likely – these drills will likely be popular with installers and other users who work in corners or small spaces.

I wonder, for those of you interested in a tool like this, how would you feel about the keyed chuck version, and its smaller head size. Would you accept the inconvenience of having to work with a chuck key, for the shorter height and improved bit gripping power?

These won’t be suited for all users or all applications. But they seem like good additions to the new Makita CXT tool lineup.