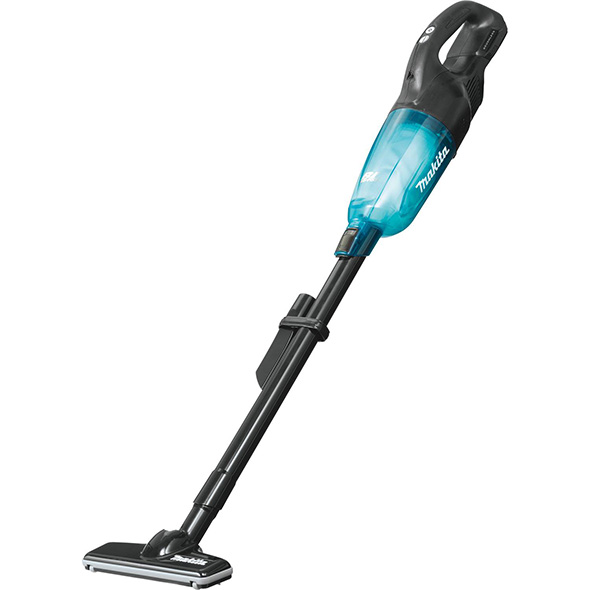 While we’re on the subject, we updated our post on the new Makita 18V X2 4-gallon HEPA vacs, to include the XCV13Z, a corded/cordless model. (Thank you to John for the heads-up!)

At the time of this posting, their appears to be 3 new stick vacs available in 8 different SKUs. It’s possible more will be added to the list, it’s not certain; Makita USA has only been announcing their new tools through “instas posts” and “tweets,” instead of press releases.

The vac shown above is the XLC04ZBX4, featuring a 3-speed power selection switch and bagless cloth filtration system. It can run for up to 33 minutes on low with a 2.0Ah battery.

As a reminder, you can separate the cordless vac and use the handheld unit by itself or with the attachment nozzles.

Available in white, the XLC05 is configured a little differently, with a canister that accepts Makita disposable paper or cloth dust bags. The specs are largely the same as for the XLC04 vacs, but the dust collection capacity is reduced.

The XLC03 is slightly less powerful than the XLC04 and XLC05 vacs, and only has a single speed and lower runtime. It’s available in 4 SKUs.

In the product image, note the trigger switch. Where the other two vacs have suction power and on/off buttons on the top, this one has a slide switch for alternate on/off control.

The XLC02 is most closely related to the XLC03, as it’s also a single-speed vac. It’s largely the same, but with suction power of up to 46 CFM and with a 1.3 pint capacity. Makita says its runtime is up to 15 minutes with a 2.0Ah battery.

The XLC01 is a single-speed dust bag vac that appears to be closely related to the XLC05. It can run for up to 60 minutes with a 5.0Ah battery (not included) and delivers 35 CFM of suction power.

With Makita USA “announcing” their new tools via social media these days instead of traditional press releases, we’ve got to play the “let’s guess the differences” game. Okay, so looking at two previous models, it seems that the new Makita cordless stick vacs have a couple of new things going for them.

First, they feature brushless motors. As you might know, brushless motors are more efficient than brushed motors, and typically allow for more power, smaller size, longer runtime, or a combination of benefits.

You have the choice between bagless cloth filter canister vacuums, or vacuums that accept Makita dust bags. With the canister vacs, it looks like the holding capacity is a little more than before – 1.6 pints compared to 1.3. That might not seem like much, but going by these numbers it’s a roughly 23% increase.

Unfortunately, there’s no word on pricing yet.

From what we can tell so far, these vacs are significant upgrades over previous versions. The XLC04 vacs especially look compelling. More power, adjustable suction power settings, and a larger dust canister volume that means less occasional emptying? Sounds good – what’s not to like? 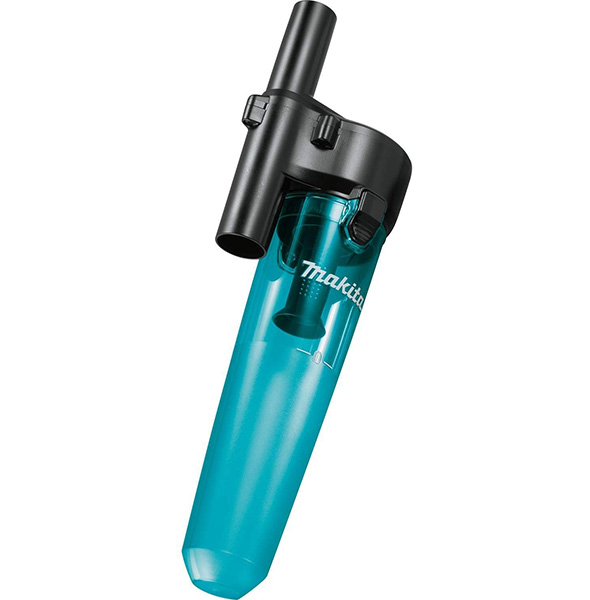 As a reminder, Makita has recently come out with a cyclonic vacuum attachment for these types of vacs.