ToolGuyd > Power Tools > Cordless > Another New Entry-Level Makita 18V Impact Driver
If you buy something through our links, ToolGuyd might earn an affiliate commission. 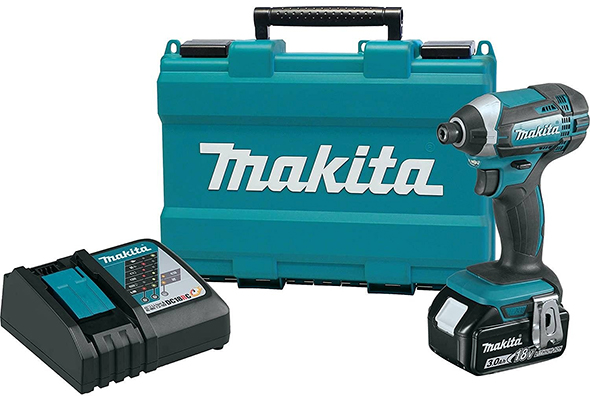 Just in case you’re the last kid on your block to buy an impact driver (I’m kidding, of course), it looks like there’s a new Makita entry-level model at a decent price point.

The Makita XDT042 impact driver kit came out last year at $119, and then moved to $99. That’s a good price to pay for entry into a decent 18V cordless power tool platform.

I was recently checking on something, and Amazon was advertising that there’s a newer model – XDT111.

Taking a closer look, the Makita XDT111 impact driver kit looks very much the same. The included battery, charger, and carrying case look comparable to those bundled with the XDT111. Well, the charger looks different, but the model number’s the same (DC18RC). 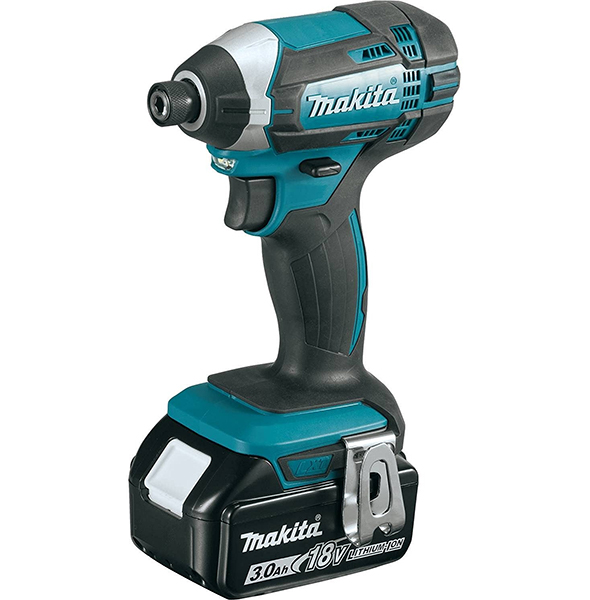 On paper, the new XDT111 impact driver looks to be slightly improved in a few areas.

Home Depot has also listed the XDT111, or at least there’s a trail linking to a taken-down listing. A cached page I found lists this impact driver at $99.

So… I’m guessing that, as with the XDT042, this Makita impact driver kit will also be available for $99. Amazon will likely drop the price as we get closer to the holiday shopping season.

My guess is that Makita saw the success of the XDT042 and decided to make a better model that’s also slightly cheaper to produce, in order to maximize the profits at $99. Why else would they come out with a second $99 impact driver kit only a year after the XDT042 was released? Thinking more about this, perhaps the tool borrows more closely from other current tools, and that’s how they’re reducing the costs.

Or maybe there’s another reason for the existence of the XDT111?

You know what? Forget all that.

Take a look at the Makita XDT11R kit, which retails for $176 at Amazon. It looks like this is the same exact impact that’s in the XDT111 kit. There’s also a bare tool.

Okay, so this certainly no longer looks like an entirely new impact driver. It looks like you’re getting a mainstream impact, but as part of a special 1-battery kit.

One thing confuses me. The bare tool is said to weigh 2.8 lbs with a compact battery pack. So the 3Ah battery adds a little more than a pound to the weight?

Something like a new $129 impact driver kit that goes on sale for $99 during the winter holiday season might seem small, but it can be hugely impactful for the tool market and for tool brands.

Makita has been offering single-battery models, as has Milwaukee. Bosch has a basic cordless drill that they bundle with 2 batteries, and Dewalt has done the same. Ridgid and Hitachi also have holiday promo offerings, and there are special Porter Cable bundles that dip below $99.

Understanding the context behind each of these offerings, such as whether a new was designed to be cheaper, or if it is taken from a brand’s regular tool lineup, is important.

Personally, I would rather buy a regular tool than one that has been cheapened in any way for holiday season masses. Perhaps “cheapened” isn’t the right word. Bosch’s promo drill, for example, is a compact less-frills model.

I think that the Dewalt DCF885C1, Makita XDT111, and Milwaukee 2656-21 (if available again) are great for users. When brands compete like this, we win.

I would be remiss if I didn’t point out that the Makita is the only one of the 3 that bundles their entry-level impact driver kit with a high capacity battery pack.