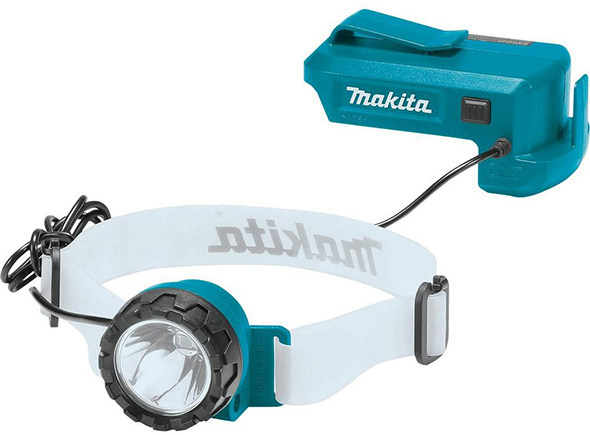 Makita has come out with a new 18V LED headlamp, model DML800.

There are two parts to it – the headband with LED lamp assembly, and a belt-clippable power adapter, attached together via power cord. 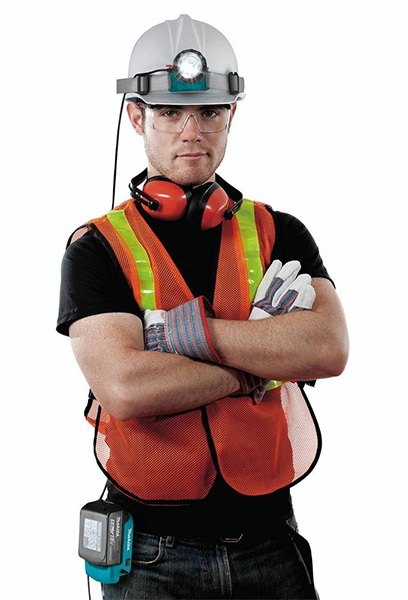 It has a non-slip rubber strap, allowing it to stay secured to hard hats. (I don’t see any reason why it couldn’t be worn directly on your head, although a rubber strap might not be as comfortable as a cloth strap, but the marketing language only mentions it being worn with a hard hat.) 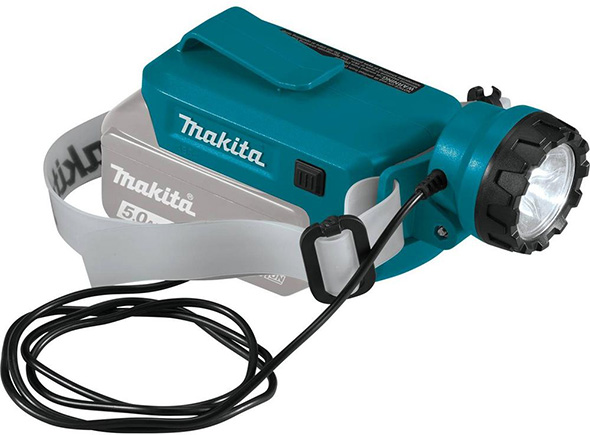 It can also be clipped directly to the battery adapter, for easier use off your head. 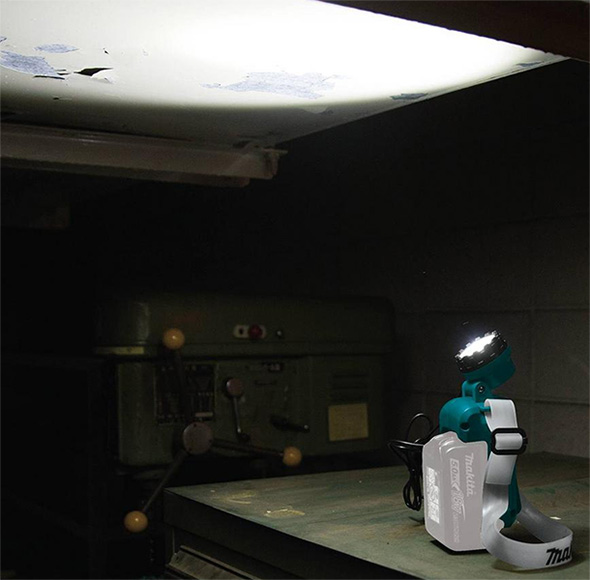 When connected for off-the-head use, it can be used handheld, flat on a horizontal surface, or it can rest vertically for aiming the light upwards.

Personally, I like handheld flashlights and worklights, or simple headlamps that you just wear on your head and press a button to turn on.

I LOVE Zebralight LED headlamps. And Petzl’s Pixa LED headlamps, at least their flood light version. I continue to like Petzl headlamps, in general, particularly their smaller ones.

But I can see the benefit of a remote-battery pack unit, which allows you to have a higher-powered battery pack without wearing heavy batteries on your head.

It doesn’t look like Makita is offering multiple brightness options on this new DLM800 headlamp, which is unfortunate. From its design, it looks to have a spotlight-style reflector. I prefer flood light reflectors, for wider, uniform, and easier-on-the-eyes close-up illumination.

Right now, I don’t see why this can’t be worn on your head, but it’s only shown being worn on a hard hat.

The non-slip rubber strap keeps the lamp head securely attached to hard hats. It can also be used as a stationary light by attaching the lamp head to the battery holder.

The rubber strap part has me increasingly hesitant to consider it as anything but a hard hat headlamp. Most of my headlamps have cloth head straps that are mildly elastic. I have different safety goggles with mildly elastic neoprene (?) straps. 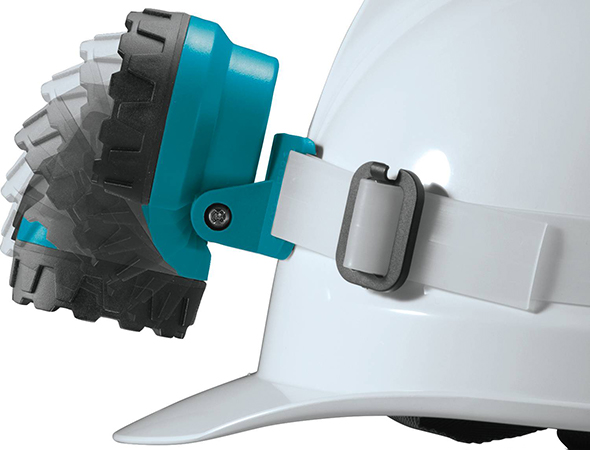 This one looks like a giant rubber band that will eat my hair and squeeze my head. Am I right?

There’s another version that’s marketed overseas – that one (BML800) looks to have a much more comfortable bare-head-friendly strap. Online, it’s only shown off-head or attached to hard hats too, but it at least looks like a more comfortable strap. Maybe we’ll see it here too.

Update: The international BML800 looks to be an established product, the USA DML800 looks to be new. The BML800 fact sheet mentions 18V 1.3Ah and 3.0Ah battery packs, which would suggest that it came out quite some time ago.

I don’t think I’ve ever worn a headlamp with a hard hat, so hopefully we’ll see both version here. Maybe Makita will offer different straps as available purchases? It looks like the straps are easily removable.

As a side note, I like the specially molded plastic hardware for adjusting the straps. Do you see the little hook for left or right routing of the power cord? That seems like a convenient user-friendly touch.