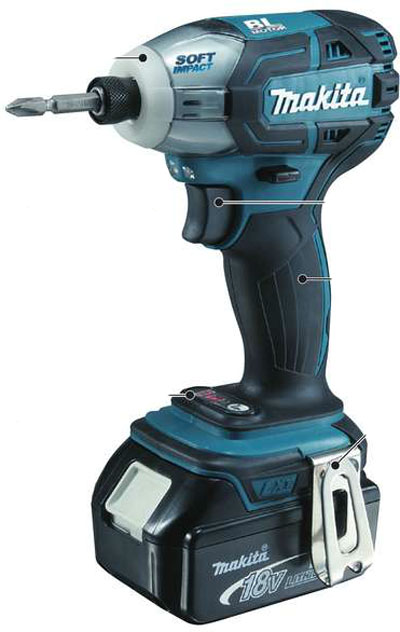 Glen wrote in with a tip about Makita’s new 18V XST01 (DTS141 overseas) cordless brushless oil pulse impact driver. Calling this an impact driver isn’t perfectly accurate, as the driver doesn’t have the same basic hammer and anvil driving mechanism design as other impacts. It’s more of an impulse driver, which is a name that could definitely grow on me. 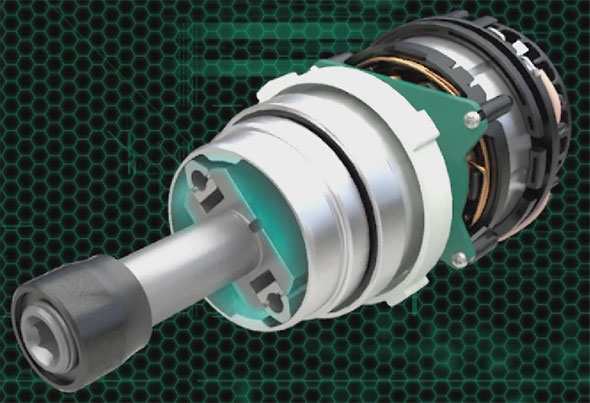 In addition to being quieter, the new cordless oil impulse driver is also quite compact, with a head length of just 136mm (~5.35″). It also features three speed and power settings, including a special tightening mode for installing self-drilling screws. Right near the speed range control, there’s also an on-board LED battery fuel gauge.

Makita engineers also managed to spruce up the on-board lighting. There’s an LED worklight with “afterglow” function that keeps it lit for 12-13 seconds after the trigger release. If you don’t like this feature, you could turn it off! This is the first time I’ve heard of such implementation. As if that wasn’t enough, the tool has a phosphorescent (glow in the dark) front bumper right behind the 1/4″ hex bit holder.

There are definitely some nice pluses about the new Makita cordless brushless oil impulse driver. It’s said to be much quieter than ordinary impact drivers, it’s compact and lightweight, it has multiple speed and power ranges, and it offers some nice LED worklight controls.

But there’s definitely a downside to the quieter oil impulse design – the tool offers a much lower torque-to-weight ratio than other traditionally styled impact drivers.

You might be wondering how a 355 in-lbs impact – er… impulse – driver can be used. While I am greatly intrigued by the design, I thought about how well the DTS141 would fare against a 12V-class cordless screwdriver with comparable torque, such as the Milwaukee M12 Fuel brushless screwdriver that can deliver up to 325 in-lbs of torque. But, looking at the M12’s top 1700 RPM speed, I’m now thinking that the Makita driver would perform significantly faster, especially in the higher torque range.

It’ll be interesting to see more details and chatter about the new oil pulse impact driver once it’s closer to launching.

This product is now available in the USA!

Thanks Glenn for the heads-up!