ToolGuyd > Power Tools > Cordless > New Makita 12V Tools Appear on Amazon
If you buy something through our links, ToolGuyd might earn an affiliate commission. 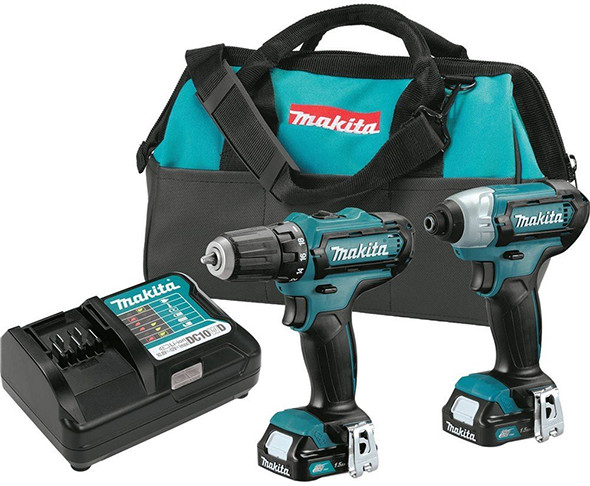 As we previously discussed, Makita is coming out with a new line of 12V Max CXT cordless power tools. These new tools feature a slide-pack-style battery system which is completely incompatible with their current 12V Max stem-style battery packs.

I first learned about the new Makita CXT line from Home Depot’s website, where this 2-piece combo was listed for just $99. The listing has since been removed, but it turns out that the 3/8″ drill and impact driver specs were accurate.

Amazon’s preorder pricing, or rather their pre-availability pricing, is occasionally higher than the “real” street price of a tool. But $346 is way higher than $99. There’s plenty of time for the price to drop, and it really should.

I originally thought that the new line would be budget priced, but that is looking to be improbable.

The same money would get you a pro-brand 18V-class drill and impact combo, except for Milwaukee and Dewalt’s most premium 18V-class offerings.

Makita promised a closer look at these tools last month, but hasn’t delivered on that. We don’t know anything more about these tools, other than what was mentioned in our first-look preview, which talks about the new and not-backwards-compatible battery form factor, and how these are the first Makita Li-ion battery packs to feature built-in fuel gauges.

I am also disappointed to see that Makita’s CXT lineup will launch with just a cordless drill and impact driver. What about a circular saw? Brushless offerings? Compact recip or jig saws?

I find myself hoping that Makita will maintain both 12V Max battery platforms, as the different battery pack form factors allow for the best of both worlds when it comes to tool designs, but it seems doubtful that they can maintain two incompatible 12V Max product lines simultaneously, at least long term.