ToolGuyd > Power Tools > Cordless > New Makita 3.6V Folding Screwdriver with Bit Kit and USB Charging Port
If you buy something through our links, ToolGuyd might earn an affiliate commission. 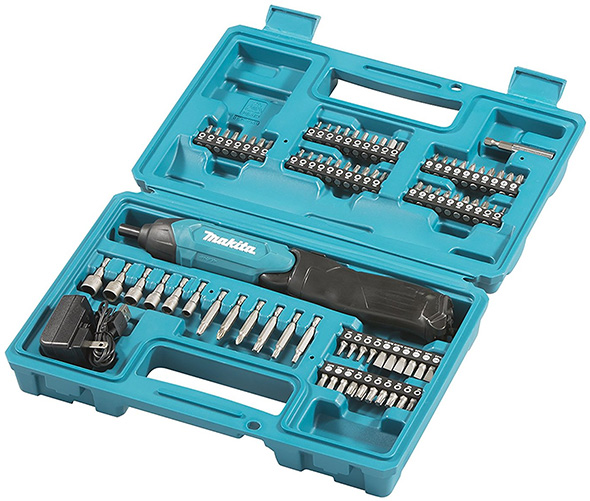 The new Makita screwdriver set, DF001DW, is not well documented online, but we were able to dig up some details. The details apply to the same model number tool sold overseas, but it’s reasonable to assume they’re the same for the USA version. 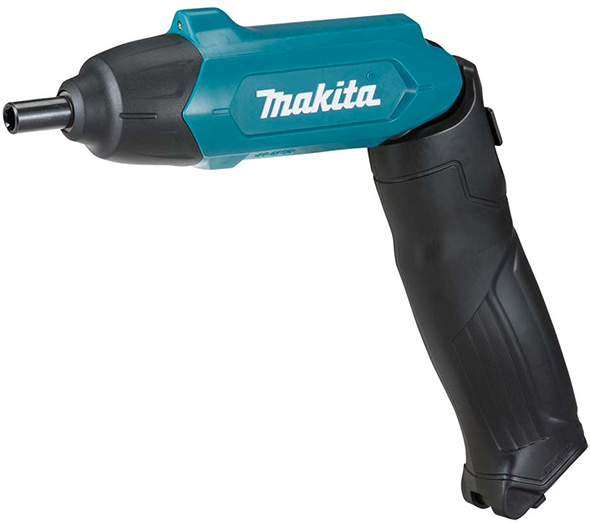 First, it appears to have a 2-position handle. You can use it as an inline driver, or with a pistol grip.

53 in-lbs might not seem like a lot, but it’s actually quite reasonable if you ask me. There’s no adjustable clutch, and the product specs suggest that its speed is fixed at 220 RPM.

It looks simplistic, but reasonably compact, versatile, and capable. Its list price is $99, but Amazon currently has it for $77.

Because its 1.5Ah built-in battery is charged via USB, you don’t need to buy into a new cordless power tool system to use it. That does mean that the tool itself might be disposable in a few years, but having a built-in battery should contribute to lower costs.

I can’t tell if this is a sidekick tool aimed at professionals, or a homeowner set. I would expect to see something like this from Black & Decker, Stanley, or Ryobi.

*Shrug* It looks like jus the kind of tool that is equally fitting as a sidekick, whether you’re a professional user or not. Hopefully the price dips a little lower.

The kit comes with an 81-piece accessory set, and a carrying case.