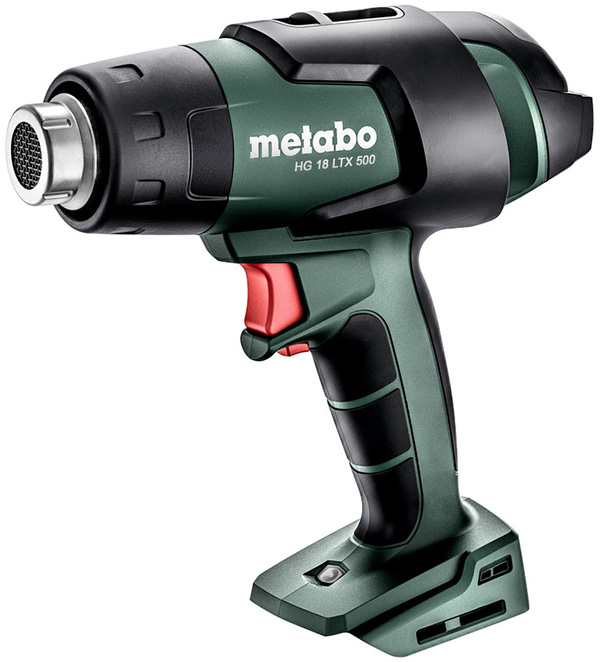 The Metabo cordless heat gun follows models by Milwaukee, Dewalt, Craftsman, Harbor Freight, Ryobi, and perhaps others. This space has went from zero to heavy competition in just a few short years. 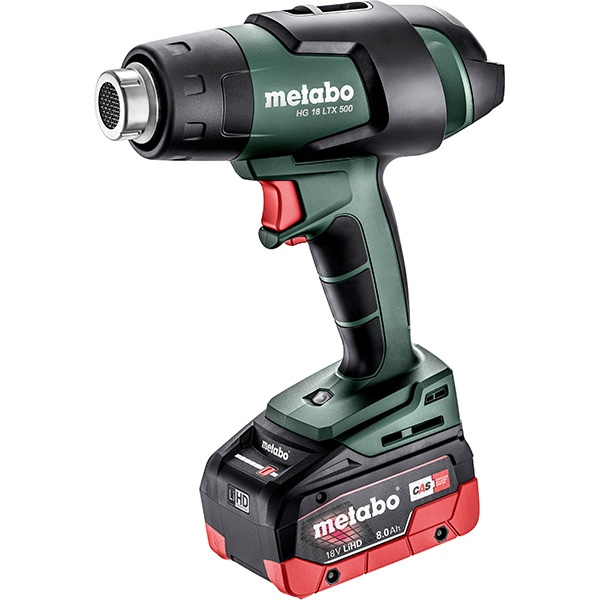 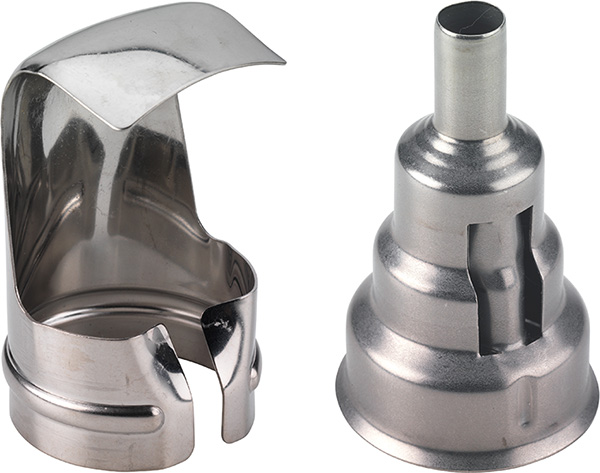 Optional nozzle accessories are available for decal removal and other tasks.

The heat gun also has an LED work light and an attachment point for a tool balancer. 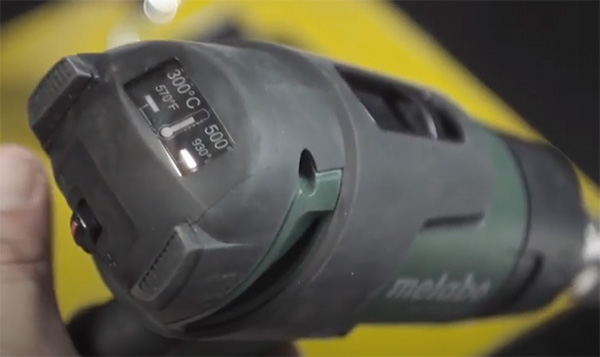 LEDs embedded at the rear of the tool light up to show which temperature mode is selected.

What’s special about Metabo’s cordless heat gun? In a nutshell, 2 temperature settings, a worklight, fast heat-up time, and over 20 minutes of runtime with an 8Ah battery.

Metabo says that their new cordless heat gun can be used for:

for a variety of applications, from heat shrinking, bending, softening, thawing, plastic welding, to soldering of copper pipes or stripping paint and removing decals.

They also say that their:

lightweight, ergonomic cordless heat gun outperforms the competition and performs just like a corded version but without the limitations and trip hazards of a corded tool.

It’s unclear as to how the Metabo cordless heat gun outerperforms the competition, but their heat-up specs certainly seems impressive. Runtime specs make the Metabo heat gun seem a little more power-hungry than the Milwaukee, which was originally introduced with claims of 20+ minutes of runtime on a 5Ah battery. This could suggest that the Metabo can reach operating temperature faster, and maybe even that it could hold it better. The two temperature settings also gives it a features advantage.