ToolGuyd > Power Tools > Cordless > Milwaukee 12V Cordless 1/4 and 3/8 Ratchet Specs Update
If you buy something through our links, ToolGuyd might earn an affiliate commission. 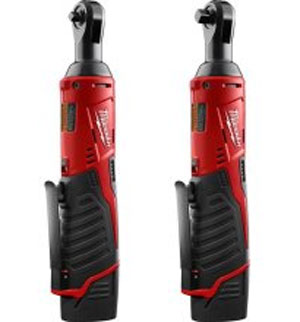 A few weeks ago, we broke news about Milwaukee’s M12 Cordless Ratchets. The tool has not yet been released, but we’ve been able to find out quite a bit about these tools. Here’s a review of the information we’ve gathered:

Pricing rumors puts both tool kits at ~$200. Each kit will include the ratchet, 1 Red Lithium M12 battery, a charger, and soft carrying case.

Here’s a short video demo of the cordless ratchets.