ToolGuyd > DealGuyd > Last-Chance Deal of the Day: Milwaukee Cordless Power Tools, Tape Measures, Hole Saw Set (12/24/18)
If you buy something through our links, ToolGuyd might earn an affiliate commission. 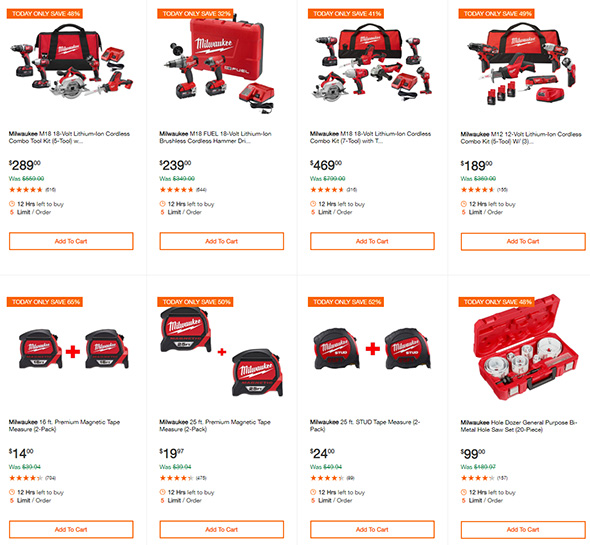 The Milwaukee M18 cordless power tool deals are a LOT better than they were this morning. It seems that there was some kind of glitch affecting the displayed sale pricing.

The tape measure deals are decent; I bought that same 2-pack of 16-foot tapes for $15 in mid-November as part of the Pro Black Friday deals.

The hole saw set also looks to be a fantastic price!

For reference, here is what the deals looked like this morning. Parts of the post were edited to reflect the changes made to the deal pricing. 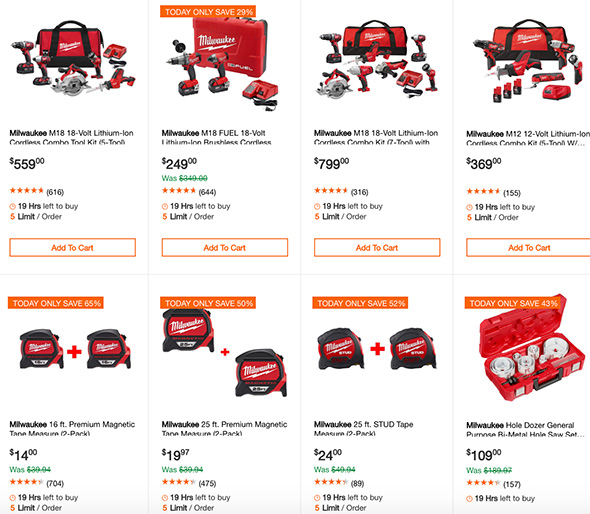