It’s that time of year, when major tool brands flood home centers with tape measure promo packs for you to snatch up at a bargain. Here’s a look at Black Friday 2019 tape measure deals from Milwaukee, Dewalt, Lufkin, and Craftsman.

Sometimes we see 25′ and 16′ tape measure bundles, but this year it looks the 2-packs are all of the two-for-one 25′ tape measure variety.

Inventories usually last a bit into December, depending on the brand. My local Home Depot has nearly sold out of their Stanley tape measure deals already, or maybe they just haven’t restocked the display yet.

Milwaukee came out with new compact wide-blade tape measures this year. With this promo, 48-22-0125G, you get two such tapes, and with magnetic hooks.

Dewalt’s DWHT79307GC1 25′ tape measure 2-pack seems to be a holiday season perennial. It’s a decent tape, and at a value that’s tougher to pass up. 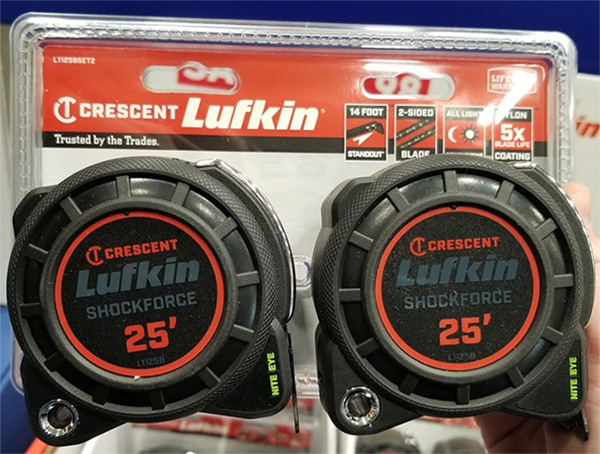 Lufkin’s recent ShockForce Nite Owl tape measure 2-pack, L1125BSET2, can be found near the Pro counter of your local Lowe’s store, or at least that’s where they moved them to at my store. You can also buy them online. 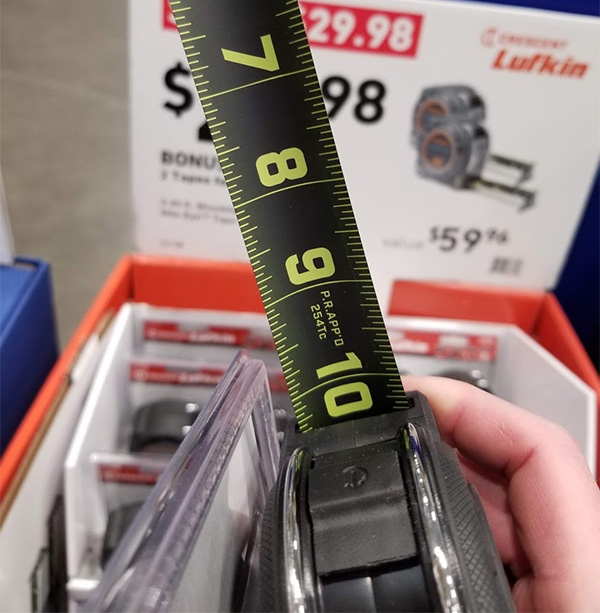 This is what the blade looks like, with bold and highly visible numerals and clear markings. 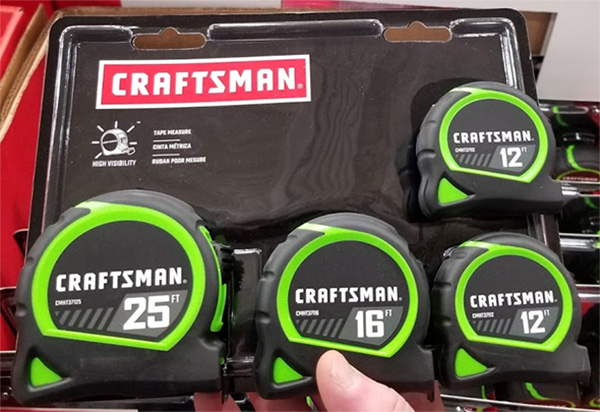 There is no shortage of Craftsman tape measure deal options this year.

This 4-pack of Craftsman hi-vis tape measures (CMHT82618Z) is always a good deal. Before Stanley Black & Decker acquired the Craftsman brand name, they had a similar set of Stanley tapes on sale. Before that, they had PowerLock tapes, but it’s been a while since I’ve seen that.

These are light duty tape measures, but they’re compact and, thanks to the color scheme, easy to find.

One of Craftsman’s priciest tape measures is featured in this $20 two-pack, model CMHT43241.

It has an auto-lock feature that can be switched to a manual-locking mode, and is made in the USA with global materials.

If you don’t quite need or want auto-lock functionality, this Craftsman 2-pack comes with more traditionally styled 25′ tape measures.

Stanley’s FMHT81023D tape measure 2-pack, FMHT81023D, is back again. This tape has been around for a while, in case you wanted to look up user reviews.

Stores around here have from a couple dozen tapes to more than one hundred in stock. My store is only reporting 16 of these two-packs in inventory, presumably because the gift center display went out on the sales floor early. You can also of course order online.

Other retailers might have it on sale as Black Friday nears, which has been the case in previous years, but there are never guarantees.

If you want the safest bet, this one’s it.

Will you be buying any tape measure promo packs this year?

New Craftsman Pocket Tape Measure has Everything Except for…