ToolGuyd > Power Tools > Cordless > Milwaukee EDC Flashlight and Hardline Knife Combo
If you buy something through our links, ToolGuyd might earn an affiliate commission. 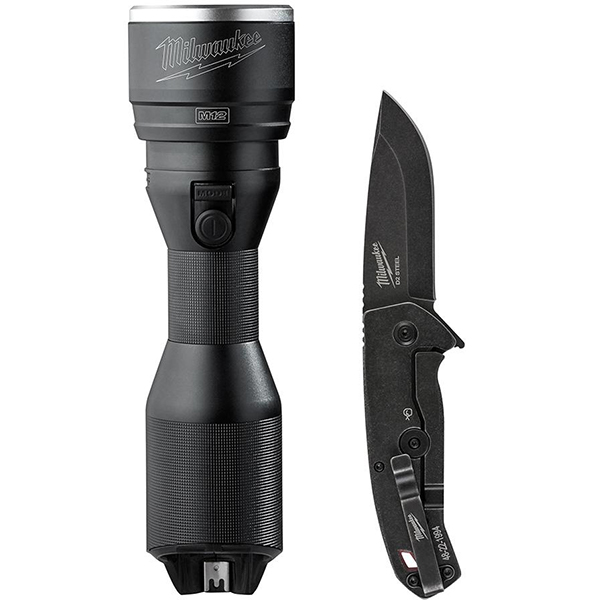 Milwaukee has come out with a special EDC (everyday carry) bonus package (2355-20KN) that comes with their new M12 LED flashlight and a new Hardline folding knife.

I’ve also been liking Milwaukee’s Hardline knives quite a bit. They’re not quite as finessed as knives from more established knife makers, but they’re smooth, tough, and very nicely designed and engineered.

With this special promo kit you get nearly $170 worth of tools for $99.