ToolGuyd > DealGuyd > Special Buy: Milwaukee LED Penlight 2-Pack for $30 Shipped
If you buy something through our links, ToolGuyd might earn an affiliate commission. 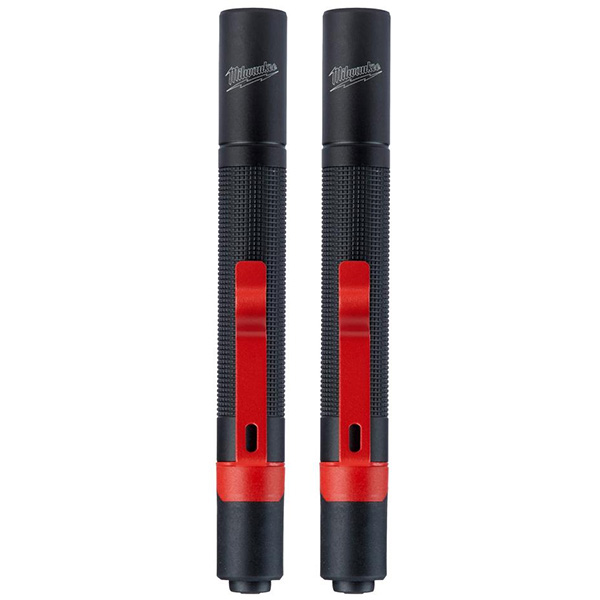 Over at Home Depot, they have this Milwaukee LED penlight 2-pack “special buy” for $30.

Here’s why you should buy one:

1) They are very well-built and very tough and durable.

5) This is a fantastic everyday carry LED penlight.

This flashlight is typically $20 each, so with this 2-pack, you save $10. If you can’t find a buddy to split the package with you, you could always equip one with lithium batteries and stash it in your car, truck, garage, kitchen cabinet, or elsewhere for emergency or backup purposes.

It has an on/off clicky tailcap switch, and momentary-on function.

It runs on 2x AAA batteries, with 4 said to be included in this bundle pack.

Other retailers are also carrying this holiday season special buy, but only Home Depot is shipping them for free with no order minimum at the moment.

I’ve bought these in the past, and it’s a great flashlight. Personally, I prefer the Streamlight Stylus Pro penlight that I wrote about earlier today, and that’s on sale at $14 for the blue-finish model, because the Streamlight has a slimmer feel to it.

On the other hand, the Milwaukee has an easier-to-toggle tailcap switch, and it has that rubber tailcap. But please get a headlamp or worklight – it’s never really a good idea to use your teeth for anything but chewing food.

Thank you to Tom D for the nudge!