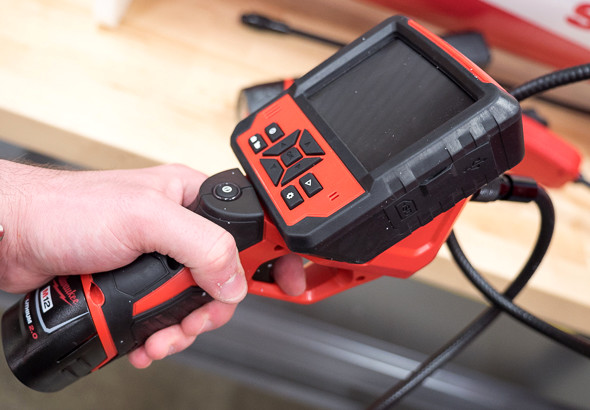 Milwaukee already offers a couple of M-Spector inspection camera solutions (current line via Home Depot), but this new one is very different. 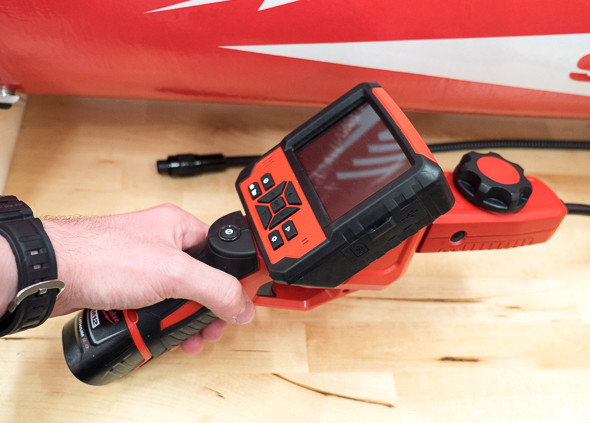 The first demo unit I saw had an unusually long camera cable attachment box. Hmm… what does this knob do? 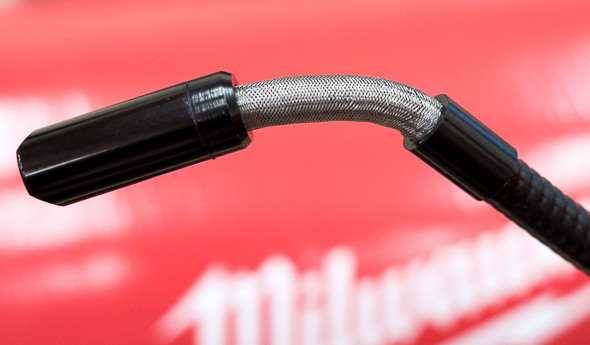 Ah, it adjusts the PivotView flex-head camera module! I was asked to be gentle with the test unit, and so it’s probably just a prototype.

Before I thought about how useful this will be for peering around obstacles and scanning inspection spaces for whatever I’m looking for, I thought about how this looks to be taken straight out of an action movie scene. You know the type, where there’s a SWAT guy peeking through an air vent or under a doorknob to gain an advantage on the bad guys. 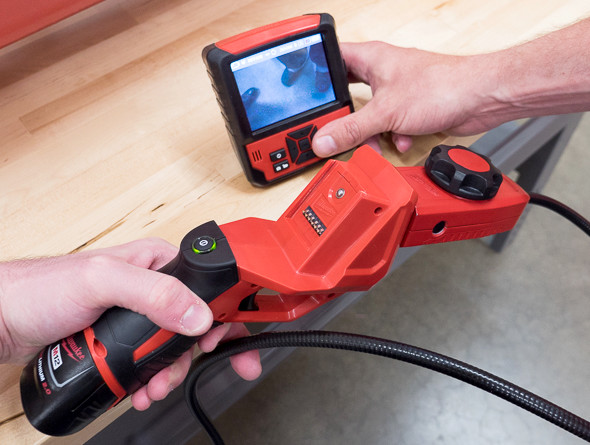 Oh, and did I mention – it’s got a removable wireless display as well! This is a great feature for 2-person teams where one person holds the camera in awkward angles, and the other watches the display.

Dewalt offers a similar 12V Max inspection camera with removable wireless display ($250 via Amazon), but it lacks some of the benefits of Milwaukee’s system, not to mention the PivotView camera cable option. 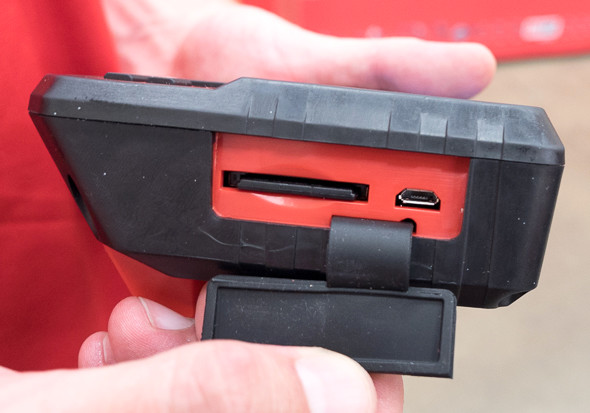 Unlike the Dewalt model, you can charge the Milwaukee M-Spector Flex’s wireless display and control module through the handset, OR through the built-in USB port. 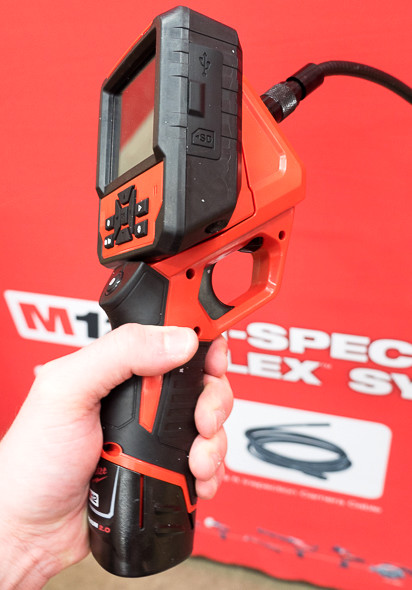 The standard M-Spector Flex unit is more compact and a little more lightweight, as it doesn’t have the large PivotView control module pushing forward.

You can swap in PivotView or standard cables whenever you’d like, as the interface features a standard connection port.

I forgot to ask whether you can use these new M-Spector Flex inspection cameras with Milwaukee’s previous generation of cables. The poster I saw showed a 3ft cable, 9ft cable, and PivotView cable. 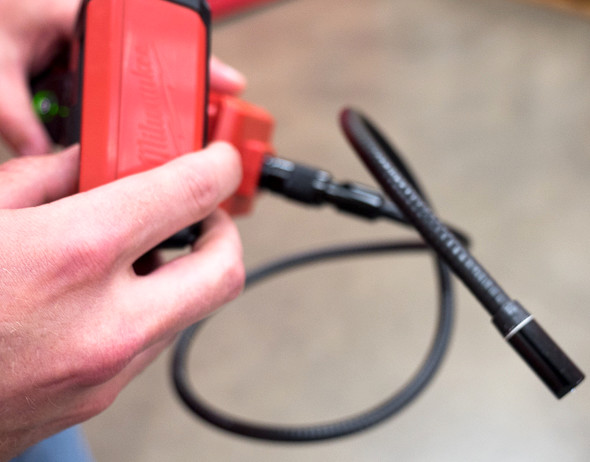 The second demo unit had a 3ft standard cable attached. 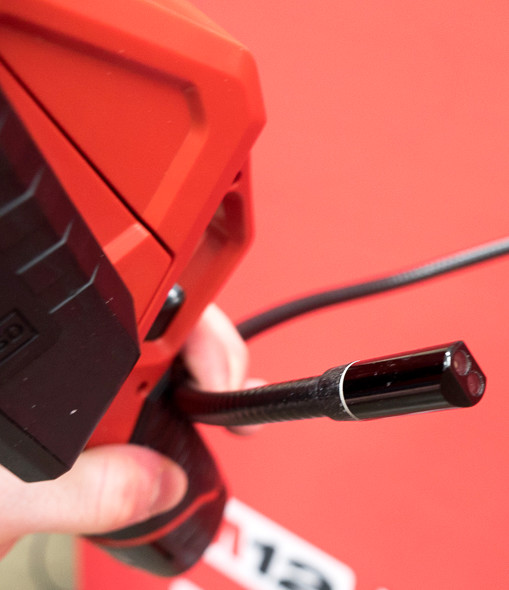 Milwaukee’s product manager said something about how bright the LED lighting is on the camera cable modules, and it lit up the inside of a concrete tube form in a simulated demo. Brighter and wider LED lighting sounds great to me, as this is one area where a lot of inspection cameras fall short.

A wireless display is something that competitors, such as Dewalt and Extech, have offered for a while. It’s also something that won’t necessarily benefit all users. Milwaukee’s demo unit (prototype?) was suffering from wireless interference issues, and I believe I was told that the production unit might use different protocols. Or something about how what I was seeing isn’t indicative of how the production units will perform. I’ll need to get my hands on one to do some proper testing once they’re released.

The PivotView flex-head feature is definitely appealing. On more than one occasion I have struggled to get an inspection camera cable positioned just right. Either I can’t get enough of an angle, the rotation is off, or the bend is wrong. Tweak, tweak, tweak, and I eventually accept the almost there picture that I get. I think that the flexible camera head will allow for quicker and easier work, which for pros could mean saved time and money.

While I wish that Milwaukee could have built a 2-dimensional flexible camera cable that can be adjusted with joystick to move in X and Y axes, I can’t imagine that this would be easy to do. Being able to move back and forth in one dimension is a big enough feat, for now. Yes, Milwaukee engineers, I’m challenging you to start work on the PivotView 2.0 module, which should be smaller and cable of adjustment in both directions!