ToolGuyd > Power Tools > Cordless > Rock Out to the New Milwaukee M12 Bluetooth Radio and Cordless Battery Charger
If you buy something through our links, ToolGuyd might earn an affiliate commission. 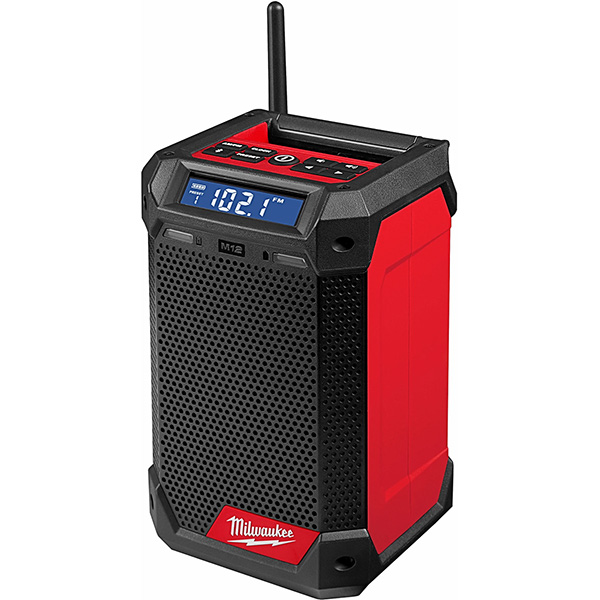 As far as we’re aware, this is the first 12V-class jobsite radio with a built-in charger. Milwaukee has this to say about it:

This new jobsite audio solution delivers unmatched versatility for its size, allowing users to charge up, hang up, and turn up the sound with a full range speaker, a tweeter, and multiple hanging options. 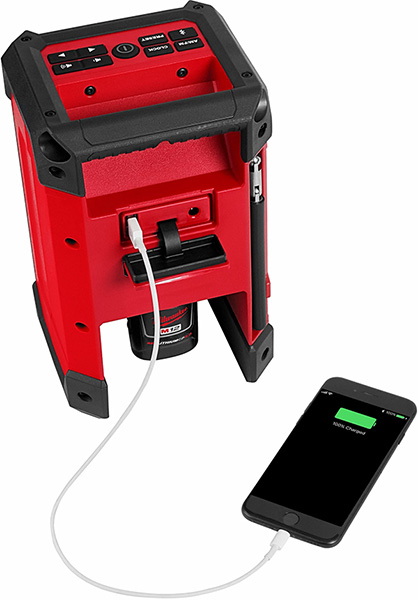 The radio can be powered via M12 battery or AC adapter, with the same 12V DC barrel jack also powering the battery charging feature.

There’s also a built-in USB charging port with 2.1A output. 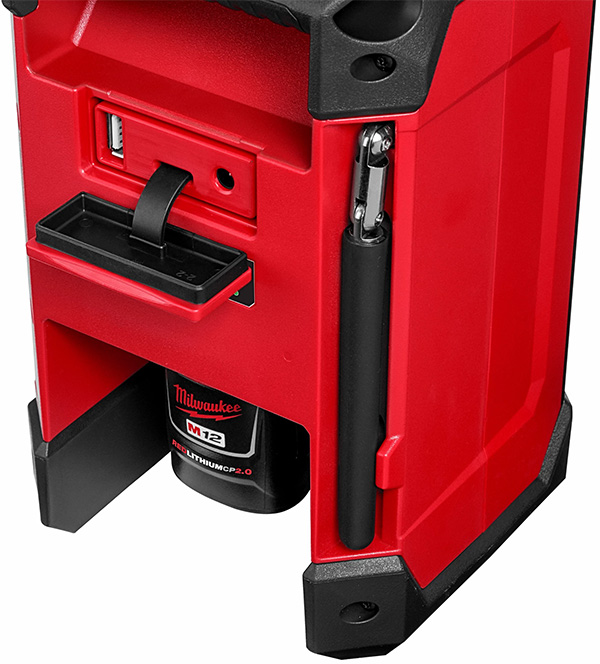 Here’s a closer look at the rear ports. As minor a feature as it seems, I like that there looks to be a solid plastic port protector, rather than the typical flimsy rubber insert. 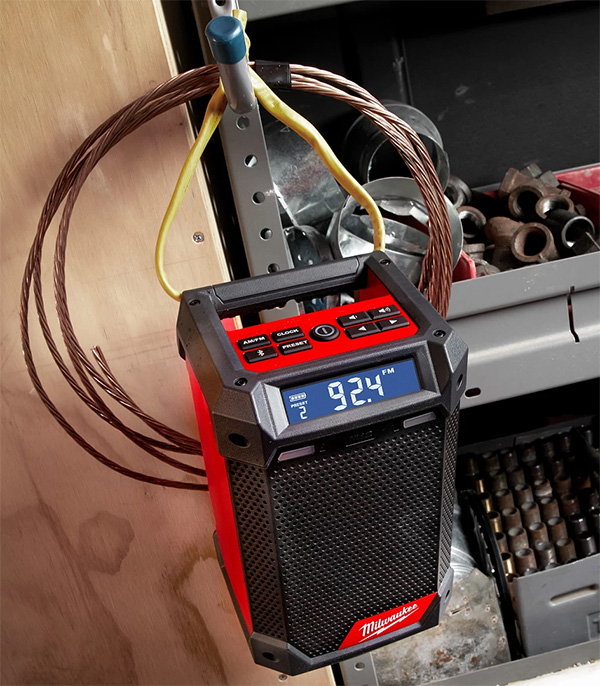 Milwaukee emphasizes the radio’s support capabilities. You can, for instance, loop rope or scrap wire through the tubular handle, allowing it to be hung from a variety of hooks or other implements. 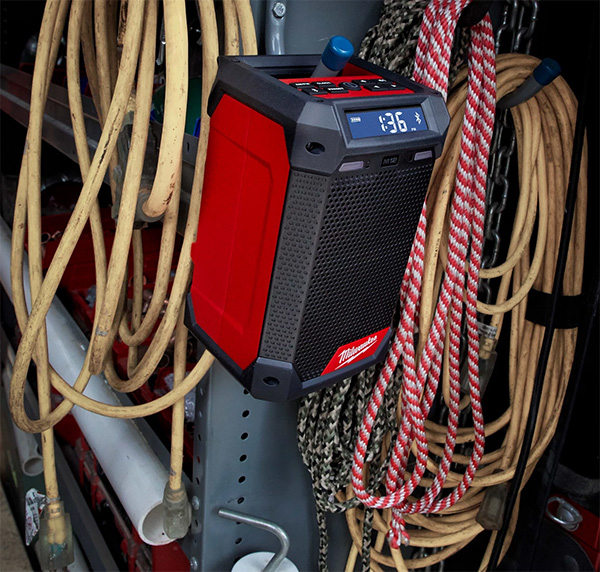 Or, you can simply place a large hook through the handle recess.

Milwaukee says that the radio has an impact-resistant exterior, serving to protect the internal components from drops, impacts, and other such tough conditions.

The press release also mentions the “no-interference battery charger,” which is definitely worth mentioning. I have used some other cordless jobsite radios in the past, and radio sound quality has almost always suffered whenever the battery charging function was used.

Streaming via Bluetooth seems to be more popular these days, but it’s also nice to be able to tune into a radio station. Plus, the charger is a big selling point. It’d be nice to be able to take advantage of the charging capabilities and radio tuner at the same time. Otherwise, you can save money and go with a Bluetooth-only jobsite speaker.

While the new jobsite radio is priced higher than Milwaukee’s Bluetooth-only M12 wireless speaker, it’s less expensive compared to their other offerings, including the M12/M18 Bluetooth speaker.

So far, this looks to be a fully-featured new jobsite radio. The IP54 water and dust resistance rating is welcome, and it of course has AM/FM radio tuners and M12 battery charging functionality. These days, USB charging ports are the norm, and even essential.

We’re checking on the charging rate/time, but it’s generally expected that a product like this will be slower than a standard standalone charger. You buy a jobsite radio with built-in charger for the convenience, not the speed.

It might not sound important, but I think the box-like geometry is a plus – the lack of a fancy roll cage or odd shape means the new M12 radio is about as compact as possible.

I think it’ll be a winner.