ToolGuyd > Power Tools > Cordless > Milwaukee M12 Cordless Jigsaw
If you buy something through our links, ToolGuyd might earn an affiliate commission. 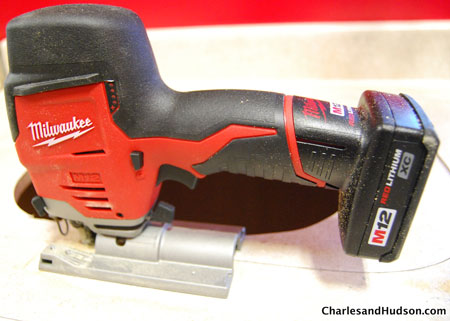 That’s right, Milwaukee is adding a cordless jigsaw to its M12 lineup! While we inaccurately predicted that an M12 compact circular saw was in the works, a jigsaw is still a cutting tool. That’s scores us some partial credit, right?

From the looks of it, the new 12V saw can be pivoted to make bevel cuts – this is suggested by both the angle markings near the trigger, and the concave shoe. If you’re wondering how well a 12V jigsaw can really perform, remember that Milwaukee’s Hackzall reciprocating saw is so popular that Bosch just came out with one of their own!

We hope the eventual kit will be bundled with an XC RedLithium M12 battery as shown, and the obvious LED battery charge indicator is of course a welcome feature.

Availability, features, and pricing details are scarce, but we’ll keep you posted as the specs trickle in. 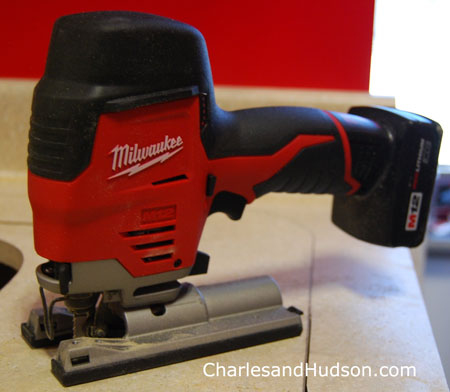 As you can see from the photos, the jigsaw handle and overall geometry closely matches Milwaukee’s drill and driver designs. That seems to be the trend these days, and you won’t hear us complaining. It looks kind of like the Dremel Trio, only smaller and with a jigsaw blade rather than a rotary cutter.

Now there’s an idea – this compact jigsaw looks close enough to a drill as is, why not simply things – add in an appropriate gearbox and the shoe from the jigsaw and you have a handy rotary jigsaw of sorts!

You can also read a bit about recent Milwaukee media event over at Charles & Hudson’s recap.